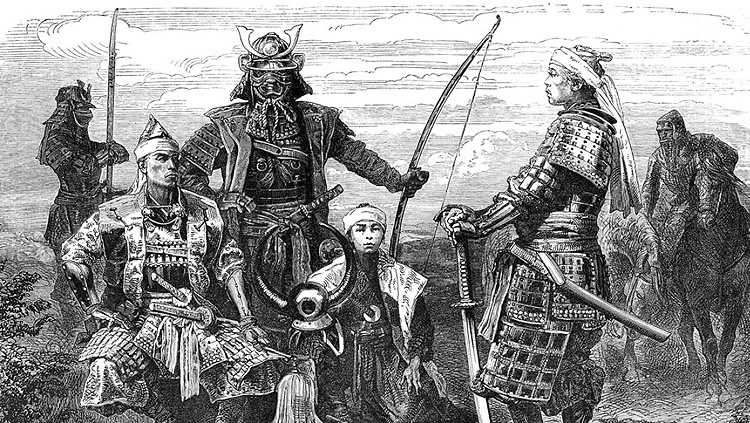 Yasuke is the first foreigner to have reached the highest warrior rank in Japan. He was a native of either central or west Africa. DR

Afro-Japanese relations date back to the16th century, but there’s still much room for improvement.

During the past few years, Africa has increasingly appeared on Japan’s radar, both diplomatically and culturally, as it realises the continent’s importance for the country’s future. Yet the connection between the Japanese and Africans is an old and special one, as the first foreigner to achieve the status of a samurai, a peculiarly Japanese distinction, was of central or west African origin. Raised and then sold to a Jesuit called Alessandro Valignano, he accompanied the latter on a visit to the archipelago in 1579. This sturdy young man, 1.80m tall, made a great impression, especially on Oda Nobunaga, a powerful warlord who was attempting to unify the country. Believing that the young man possessed “the combined power of 10 men”, he decided to appoint him as his bodyguard before allowing him to rise up through the warrior class thanks to his courage and strength. Yasuke’s story is still shrouded in mystery, nevertheless, it illustrates how far back the relationship between Japan and Africa reaches. Thanks to Dutch merchants, who were the only foreigners allowed to trade with the Land of the Rising Sun during the archipelago’s two centuries of self-imposed isolation, the Japanese were able to to keep themselves informed of the situation in the rest of the world, including Africa.

With the opening up of Japan at the end of the 19th century and its subsequent modernisation, Japanese interest in the continent of Africa waned, as they considered it fell under Europe’s sphere of influence, with whom they did not wish to quarrel. Matters changed after the First World War as Europe was weakened following four years of bloody conflict. Japan took the opportunity to strengthen its economic ties with certain countries, particularly South Africa and Egypt, who remain key partners to this day. The period of reconstruction and rapid development following the defeat of Japan in 1945 marked a turning point in Afro- Japanese relations. Raw materials from Africa were indispensable to Japanese industry. Alongside this interest in how Africa could help improve the economy, Japan began to widen its interests with the creation, by the Ministry of Foreign Affairs in 1958, of The African Society, whose aim was to encourage a better knowledge of Africa. During this period, the National Diet Library, the equivalent of the British Library, began to acquire works devoted to the continent of Africa.

The general public discovered Africa in part thanks to the cinema. In 1965, Buwana Toshi no uta (The Song of Bwana Toshi) by Hani Susumu, with the hilarious Atsumi Kiyoshi, recounted the adventures of a Japanese engineer sent to Africa to arrange the setting up of a Japanese firm. Filmed in Kenya shortly after it gained independence from the United Kingdom, this feature film illustrated the cultural differences and difficulties facing a Japanese person who knew absolutely nothing about local culture. It’s interesting to note that, fifteen years later, the same director, an important figure in Japanese New Wave cinema, directed anther film about Africa. Afurika monogatari (A Tale of Africa) focused more on nature rather than the people, illustrating a certain normalisation of relations between these two countries. Without becoming African specialists, the Japanese were increasing their knowledge and Africans were discovering products “Made in Japan”; with cheaper and sturdier cars as were the very popular Peugeots.

Globally, over many years, and for reasons of practicality and language, interest became focused on the western and southern areas of the continent. English is the dominant language, and the Japanese feel more at ease in countries that have been influenced by Great Britain. Interest gradually developed during the course of the 1990s, when the Japanese government began to realise it was important to help all the countries in Africa in return for their support in international organisations. With the ending of the Cold War, Tokyo had need of global recognition, and the votes of the African nations at the international level are often decisive. In 1993, Japan inaugurated the Tokyo International Conference on African Development, better known by the acronym TICAD. Its objective is to promote dialogue with African leaders, and coordinate development aid to be sent to them. It’s an important issue, because China is now also displaying an increased interest in Africa and its wealth. Both countries are already in competition in Asia, and are starting to wage a long distance war to gain influence in Africa.

Tokyo relies more on the quality than the quantity of the help it offers, and is encouraging businesses to start concentrating on the western, French-speaking regions, where they’ve been absent on the whole. In 2012, the purchase of CFAO, the specialist in sales and distribution of cars and pharmaceuticals throughout West Africa, by Toyota Tsusho, the trading arm of Japan’s Toyota car manufacturing group, marks a turning point. Big businesses in Japan view the continent as a potential market. And though the security situation in Africa doesn’t make it easy to set up subsidiaries, the strengthening of cooperation between Japan and its Western partners, especially France, in this part of the world illustrates the desire to continue on this course.

In Japan, Africa is no longer thought of as a totally mysterious destination. There are numerous organisations with interests in the country, and strong links have been forged, for instance, in Nakatsue on the the island of Kyushu, where, in 2002, the visit of the Cameroon football team for the World Cup laid the foundations of a lasting friendship. Fifteen years later, evidence of this friendship can be seen in the bento meal in the Cameroon colours, which still appears on the menu in local restaurants.