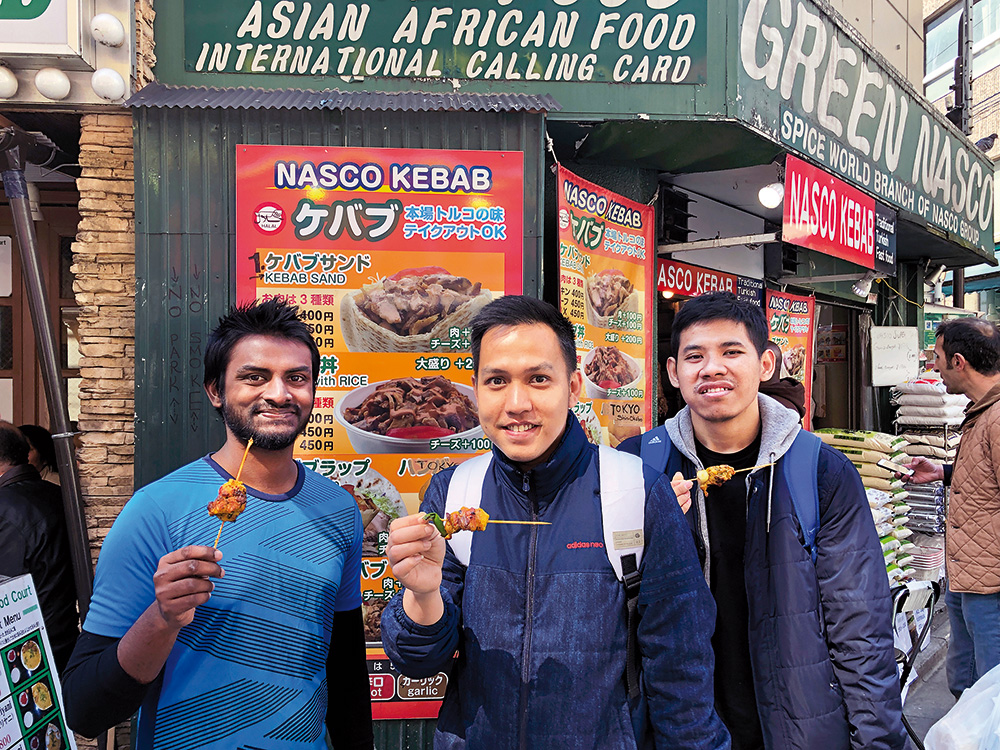 The government wants to attract more foreign workers, but appears not to have chosen the best way to go about it.

Immigration has been one of the top three topics that have agitated the Japanese in recent months, along with the Carlos Ghosn affair and the start of the new Imperial era (see Zoom Japan no. 70, April 2019). Though the last two have been much written about, they haven’t caused the same widespread reaction at all levels of society. everyone seems to have a reason to either applaud or reject the government’s desire to open wide the country’s doors to foreign workers to counteract the very obvious lack of workers in all sectors from the construction industry to home-care services. If there’s any doubt about the intensity of the debate, it’s only necessary to take a look at the photos taken on 27 November last year, as the revised text on the law of entry into the country by the Law Commission of the Lower House was being adopted. Several members of Parliament were on the point of coming to blows to prevent its ratification, in particular calling into question the failure to hold in-depth discussions on the matter.

This was, in effect, one of the major criticisms made of the government. With the arrival of large numbers of foreign workers raising fears among the population, many officials regretted that the authorities had used the economic crisis as the sole basis to justify their readiness to open the borders. This is why it remains a particularly sensitive subject, which is still causing a lot of ink to flow. The financial press, such as the weekly magazine Toyo Keizai, is somewhat in favour of the prospect of welcoming a work- force which the country needs so badly today. Concerned about supporting the economy, Prime Minister Abe wants to meet the needs of companies at the expense of further reflection on the matter. Indeed, the weekly magazine Shukan Kinyobi highlighted this fact in the issue it devoted to the subject at the beginning of the year. While Toyo Keizai chose to feature lots of smiling people on its cover, all obviously happy to see the Land of the Rising Sun open its frontiers to immigrants, the left-wing weekly showed a foreign worker in the construction industry looking tense and sweaty. It even went as far as to wonder whether this might not be a new form of modern slavery awaiting newcomers who benefit from the new visa regime, which came into force on 1 April. The 350,000 or so people that Japan expects to attract over the next five years are primarily responding to a pressing need for workers in areas that are less and less attractive to Japanese people. In addition, Japan’s ageing population is also prompting authorities and employers to turn to younger workers from other countries. In the 1980s, in the midst of the financial bubble, many Japanese people had already turned their backs on so- called 3D jobs (difficult, disgusting and dangerous), leaving them to Asian workers or Latin Americans of Japanese origin. The crisis during the next two decades turned into a nightmare for many of them, some of whom were forced to either leave, or remain and live in poverty.

The return to growth has put the labour market under pressure once again. However, the situation is significantly different now with increased levels of precarity (see Zoom Japan no. 70, April 2019) among the population. This has led many observers to fear a much more severe backlash against foreign workers if Japan were to enter a new period of crisis. They are worried about the lack of measures for the new arrivals to help them integrate into society better, and to avoid their becoming a work-force that’s likely to quit at the slightest economic upheaval. The risk could be even greater as it’s evident that the majority of Japanese people are not ready to accept an influx of foreigners into the country. even though the presence of foreign nationals is not a new phenomenon, history has shown that, even if it were only Koreans, the Japanese react badly towards them in the event of difficulties. The rise of nationalism on both sides of the Tsushima Strait in recent years is not helping matters, and the same is true for the Chinese, of whom the general public have a very low opinion. Having been cut off from the rest of the world for over two centuries, despite globalisation, can only result in a lingering impulse to withdraw or reject the unknown.

This is the reason why the immigration policy the government wants to introduce should have been better explained and better prepared. Moreover, one of its main shortcomings is that it has not been presented as an immigration policy by the authorities. The Prime Minister refuses to use the expression as he knows how unpopular it is with his constituents. However, that’s exactly what it is in all but name. by deciding not to call a spade a spade, he continues to foster mistrust among some Japanese who fear their way of life will be altered with the arrival of large numbers of foreign workers. Discussions on this topic are raging on social media. At the end of last year, a video of two young “foreigners” fighting on a station platform sparked numerous negative reactions. In a country where the degree of security is perceived to be particularly high, these images were shocking and led to many adverse comments on the risk of a rise in levels of insecurity.

Many experts on issues surrounding migration believe that the authorities should be more courageous in implementing an open-door policy while putting in place a genuine integration policy. but this doesn’t appear to be an option, due to their lack of a long term vision. In fact, the government is proposing a 5-year scheme in the belief that the foreign workers will return home at the end of their stay in Japan. but the possibility of reuniting families offered by the new regulations seems to indicate that a good number of these families will remain permanently in the Archipelago with, however, no arrangements having been made to help them settle into Japanese society.

During the years of crisis in the 1990s, one saw how part of the community of Latin Americans of Japanese origin was abandoned to its own devices in the industrial suburbs around the major car production centres. What will happen to newcomers if there’s an economic turn-around? How will the Japanese react? There are so many questions the government needs to ask itself before it launches a strategy whose consequences it appears not to have assessed properly.