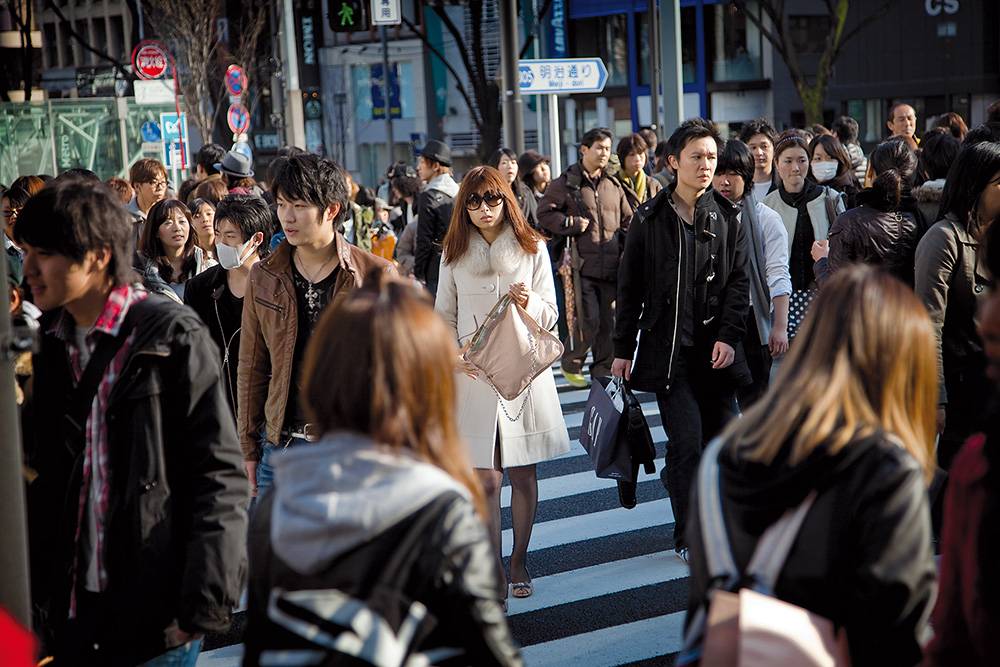 From the very beginning, Japan and its inhabitants have inspired questions and preconceived ideas.

As soon as I saw Japan, I loved it. and yet!…” These are the words with which the journalist Ludovic Naudeau opens his book Le Japon Moderne (Modern Japan), published exactly 110 years ago. He wasn’t the first nor the last to have succumbed to the charms of the Land of the Rising Sun and its inhabitants. In 1549, François Xavier, the first Jesuit missionary in the archipelago, wrote in a letter to his companions who remained in Goa: “To judge from those we have dealt with, the Japons [sic] are the best among the people we have discovered up until now, and it seems to me that there will be no others among the infidels who will get the better of the Japons [sic]”. Three years later, when he was under pressure from the Japanese authorities, he was less enthusiastic. “Very polite to each other, they are much less so towards strangers, whom they despise”, he states in a letter sent this time to “my dear Jesuit fathers and brothers in Europe”. Since the appearance of Marco Polo’s Book of the Marvels of the Worldwritten in 1298, Japan, then known as Cipango, has fascinated people. we should remember that in 1492 Christopher Columbus sailed from Spain in search of the mythical treasures of the famous island described by the Venetian merchant two hundred years previously. we might wonder whether this myth remained deeply buried in the psyche of all those who travelled to the country and immediately fell in love with it without taking the time to learn about the daily life of its inhabitants. This is what the French commentator Ludovic Naudeau suggests when he adds at the end of his introductory sentence: “and yet!…” The reality, without being too bleak about it, is far more complex than a first impression or the artificial image conjured up on a first encounter with its popular culture. we have to admit that this country and its inhabitants are still not that well known, but for whom there’s currently a feeling of great sympathy without any real explanation as to why this is so. Let us remember that barely three decades ago, Japan’s economic power was considered unacceptable and gave rise to fears to what was simply known as “the Japanese model” being foisted on Europe. Just as those fears were unfounded, the present enthusiasm (though preferable) is not based on a deep knowledge of the archipelago. as another journalist, Marcel Giuglaris, wrote in 1958 in an introduction to his book Visa pour le Japan (Visa for Japan): “There is only one Mount Fuji in Japan, fewer than ten thousand geisha and, for the past ninety years, no samurai in traditional costume. and there are ninety-million Japanese. Mount Fuji, the geisha, the samurai, hara-kiri, the delicate colours of a kimono sleeve have inspired numerous works of art by foreigners. we will talk about them later”. In reality, the Japanese remain very mysterious in the eyes of most Europeans. This is perhaps best illustrated by the recent Carlos Ghosn affair. The arrest and lengthy detention in police custody of the former CEO of the Renault- Nissan alliance gave rise to much speculation, which often revealed a fundamental lack of knowledge about Japanese society. Ruth Benedict rightly noted in The Chrysanthemum and the Sword, which appeared in 1946 shortly after the Second world war, that “one of the handicaps of the twentieth century is that we still have the vaguest and most biased notions, not only of what makes Japan a nation of Japanese, but of what makes the United States a nation of Americans, France a nation of Frenchmen, and Russia a nation of Russians”. Her remarks remain valid in the 21st century in as much as this point of view means we do not give ourselves “a chance to find out what their habits and values are. If we did, we might discover that a course of action is not necessarily vicious because it is not the one we know. The lenses through which any nation looks at life are not the ones another nation uses. It is hard to be conscious of the eyes through which one looks. any country takes them for granted”. with a large part of the world demonstrating their enthusiasm for Japan, as illustrated by the tourist boom in the archipelago over the past few years, many people have shown a desire to get to know its inhabitants better. They are searching for clues to decode a society that’s radically different from their own. In 1998, during the Football world Cup in France, many reports focused on the Japanese supporters who remained in the stadium after their team’s match in order to clean the terraces where they’d been sitting. This caused some amusement, but after a while people realised that the Japanese, “these eminently sociable beings” as they were described by Jean-Marie Bouissou in his latest book Les Leçons du Japon (Lessons from Japan), are very mindful of others and this conditions much of their behaviour. Relying on his lengthy observation of the behaviour of Japanese students, and their French counterparts studying in Japan, the former research director at Sciences Po (The Paris Institute of Political Studies) notes that the latter “train themselves to ‘do something for society’, but at their own discretion and on their own terms, whereas the former “in serried ranks, learn how to ‘do society’, all in the same way, under the guidance of their elders”. He emphasises the well-known Japanese willingness to conform, but questions whether “knowing how ‘to do society’ is maybe not the best thing we can do for it”. 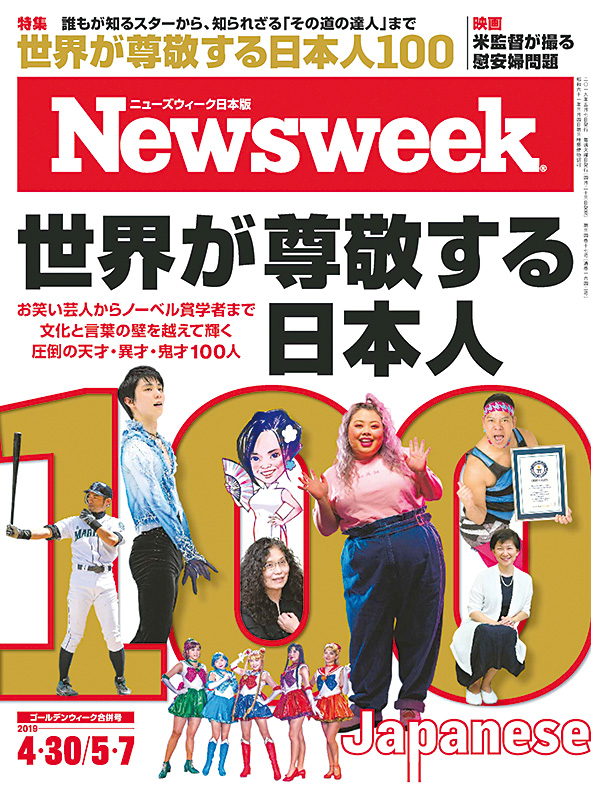 At the end of April, the weekly magazine Newsweek Japan published a portrait of the 100 most famous Japanese people in the world.

We constantly try to make a value judgement about the Land of the Rising Sun, but is it really worth the effort? It’s like sometimes trying to get the Japanese to accept certain ways of behaving, which they refuse to do due to their conformity, which westerners are quite unused to in their daily lives. On the back cover of Leçons du Japon we can find “conformity kills dynamism, creativity and dreams”. That’s a peremptory and unfounded statement if we consider the innovative capacity of Japanese industry, the influence of popular Japanese culture or even the diversity of the country’s creative literary output. Moreover, this approach does not mean that Japanese society is rigid. It has been evolving and changing rapidly, all the more so as the country has sought to become more integrated in the international community during the past three decades. The end of the Cold war encouraged the Japanese authorities to to move towards globalisation after previously wanting to protect the country from external influences. Didn’t they once go as far as stating that the quality of Japanese snow was such that it was unsuitable for foreign ski equipment?

Now, free trade treaties like the one signed last year with the European Union are the norm. Japanese companies are run by foreign bosses, and there are discussions about the need to open borders wider to accommodate a foreign workforce. That can’t happen without having consequences for Japanese society and the behaviour of its people who will undoubtedly be disoriented by so many upheavals. There will be no escaping the temptation, as in other countries, to cling to spurious so-called “traditional” values. So the situation remains confused. we shouldn’t seek to pass judgement by just watching how the Japanese respond to this situation, in which foreign visitors play a part due to their presence in such great numbers. They are neither better nor worse than most of the rest of us. It was with all this in mind that the decision was taken to write this article.