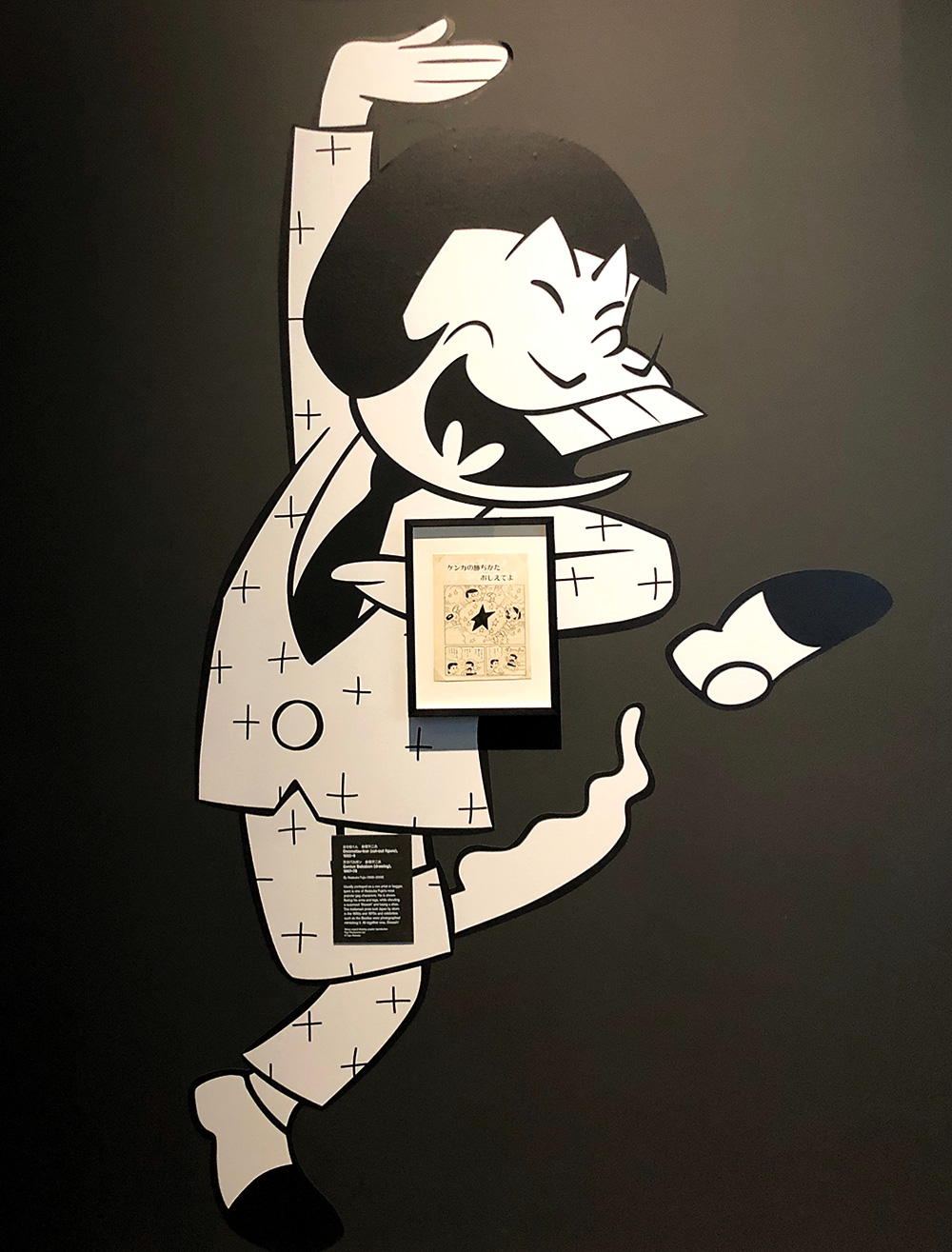 The organisers have found excellent ways to attract the attention of visitors.

The British Museum is hosting the largest exhibition about manga ever organised. it’s not to be missed.

after France enjoying an outstanding season of Japanese cultural events, it’s Great Britain’s turn to benefit from some of the excitement inspired by the culture of the Land of the Rising Sun. The festivities have begun at the British Museum with a somewhat unusual event for that temple of classical art as it is mounting what is being called the largest manga exhibition ever organised, which will run until 26 August. Modestly entitled Manga, it aims to give visitors a fairly complete overview of this mode of creative expression that has now conquered the world. It is not intended for specialists who would undoubtedly quibble at some of the choices on display as well as some notable absences, but rather for the general public curious to discover the different facets of the genre thanks to the wide variety of works and artists on show.

The British Museum is a fantastic place to showcase manga as it is visited daily by thousands of people from all over the world. Walking through the exhibition, you are struck by the variety of languages spoken and the range of age groups. There are young children, adolescents accompanied by their parents as well as elderly people wanting to learn about manga, which they have heard of, but actually know little about. This is what justifies organising this event in the museum according to the management. “The British Museum is the perfect venue to host this exhibition. Our expertise and collections of Japanese graphic art, not forgetting our section dedicated to Japan, which has recently been reorganised, all justify this initiative, especially since we have always wanted to create a bridge between the past and the present. Over the years, we have acquired numerous pieces which we are able to display today and can be seen in perspective thanks to this exhibition,” explains a museum representative. 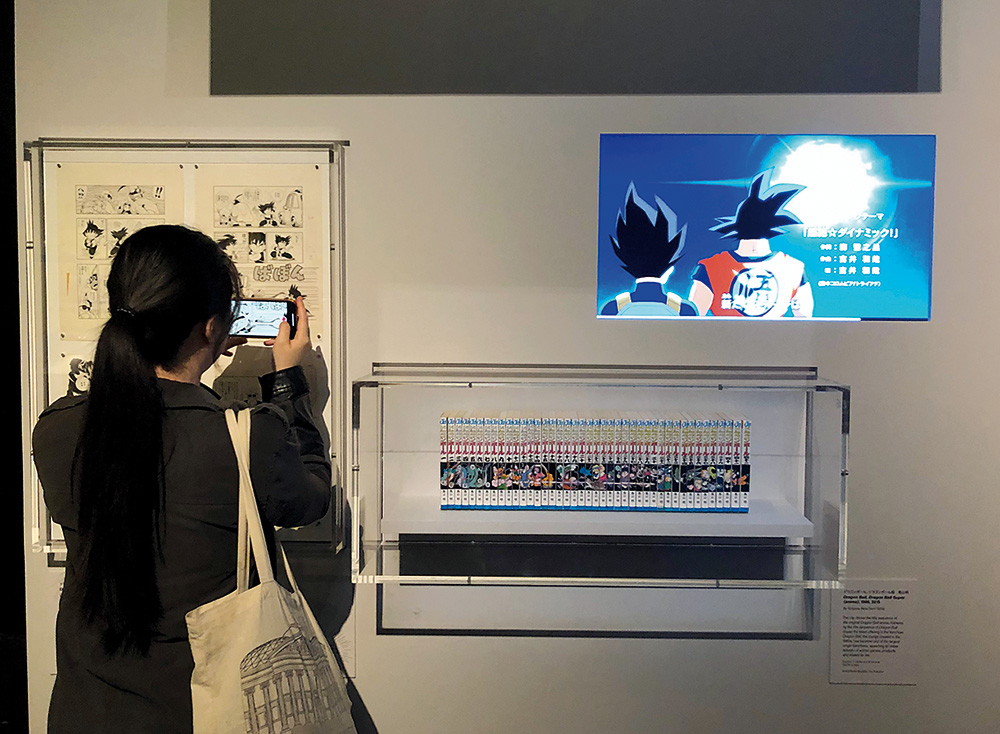 The project’s educational approach encourages visitors to linger in front of the panels.

The moment you enter the exhibition, the project’s intent to educate is obvious. The aim of the first section, called Understanding Manga, is to give advice on how to read manga by focusing on reading, drawing, and production. Each stage is illustrated by extracts from works and cleverly constructed panels to capture the attention of visitors. It’s striking to see the time groups of visitors take to look at and comment on them. In this section as in all the others, it’s left to the artists and publishers to explain how they work, thus creating a direct link to the original pictures (genga) on display. In the second section, the emphasis is on the power of the visual narrative and its particular characteristics in manga. TEzUKAOsamu is the obvious choice to introduce the second section due to his pioneering role. But he’s not alone, and you can get to know other artists such as KITAzAWA Rakuten or OKAMOTO Ippei. 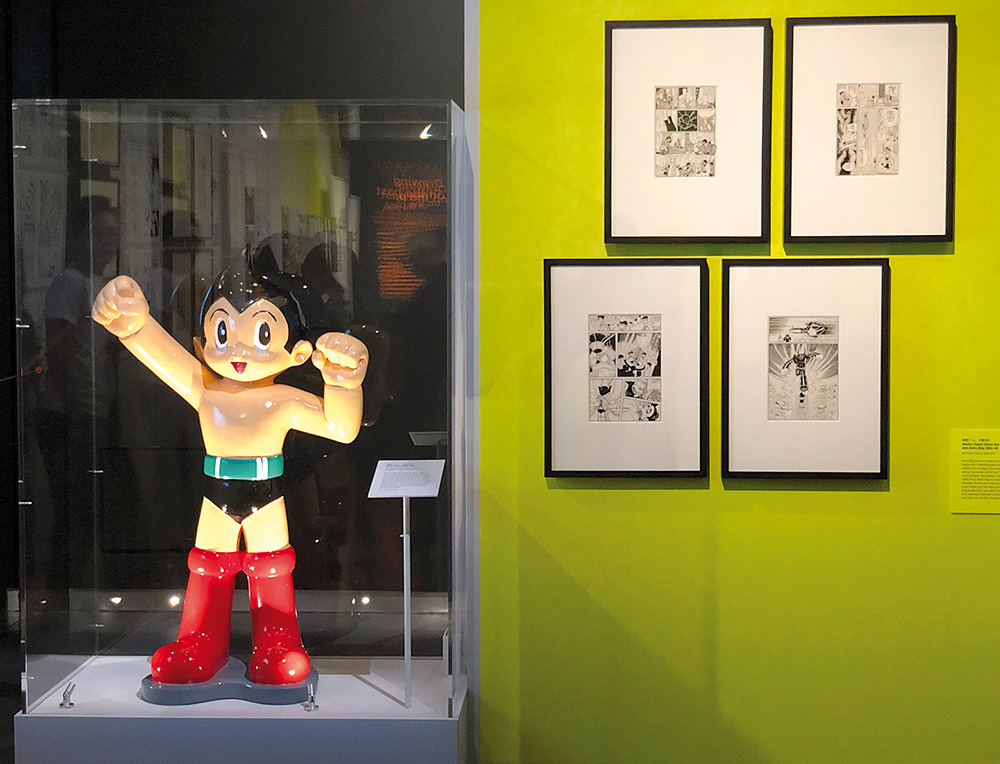 The pioneering work of TEzuKa Osamu is prominently displayed.

Once visitors have learned about the basic elements of manga, they are invited to discover different genres. From sport to science fiction via horror and eroticism, there is something for all tastes, and everyone can understand that this is an extremely rich and varied mode of expression comprising a variety of styles and approaches, which never fails to surprise. From this, it’s easy to understand why manga is more than just a simple medium. The fourth section focuses on its social dimension, whereas the next section concentrates on manga’s artistic roots, notably in the world of prints. The sixth and last section explores the avant-garde and how manga has evolved in other sectors such as computer games. In the spaces between the sections, the visitor’s eye is drawn to the large reproductions of characters taken from the information panels on which they appear. In between an extract from Nejishiki (The Screw) by TSUGE Yoshiharu or Golden Kamui by NODA Satoru, whose Ainu heroine Ashirpa was chosen to feature on the exhibition poster, you can discover other gems apart from those already in the sections filled with illustrations. It’s not surprising we spend so much time browsing in the exhibition as every bit of space is used to highlight manga. With the added attraction of an excellent catalogue that not only lists the contents of the exhibition but includes contributions from specialists and interviews with mangaka, it’s well worth a visit to the British Museum. You will have a great time looking at the work displayed as well as observing the happy faces of the visitors as they leave, and you’ll realise that the organisers of Manga have achieved their goal of enhancing the reputation of this medium, which, not so long ago, was considered with disdain. If this prestigious institution is ready to recognise its importance, it must be true that manga has become a major art form. Though it’s the largest exhibition outside Japan, it represents a mere drop in the ocean of manga. The most discerning of manga enthusiasts will no doubt quibble about some of the choices on display. Nevertheless, when taking into consideration the logistical, legal, and financial problems surrounding the world of manga, we can only congratulate London on what it has achieved. So we highly recommended that you book tickets for the exhibition. In fact, to ensure you make the most of your voyage of discovery, groups of visitors are only allowed in at ten minute intervals, so you can enjoy it fully and at your own pace.