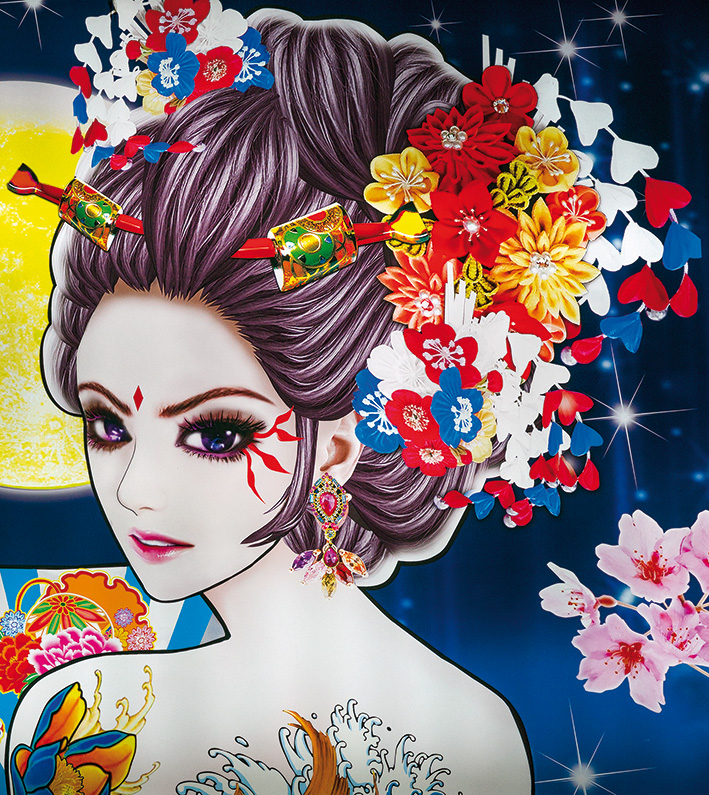 Benefitting from loopholes in the law, there are countless specialised establishments generating an incredible turnover.

Japan has the biggest sex industry in Asia and one of the biggest in the world, but finding reliable data on its inner workings and the money it generates is a daunting task to say the least.

For one thing, official statistics are unreliable, especially when it comes to the underground economy. For example, if we compare police data with the number of ads in sex magazines, it is easy to see that the actual number of sex-related shops and practices is significantly higher (probably as much as twice that of official statistics), which means that many of them are not registered with the authorities. This is especially true for “fashion health” massage parlours and “image clubs”, while in the case of “soaplands”, only few establishments are moguri (underground) businesses.

For the uninitiated, a fashion health parlour is a relatively cheap place where there is no intercourse, and customers are serviced through hand-jobs or oral sex. Image clubs (shortened as imekura in Japanese), on the other hand, do the same sort of thing, but are themed after certain sexual fantasies (offices, doctor’s clinics, classrooms, trains carriages) and the girls wear costumes.

Back to our problem, how can we dig up reliable data on the sex industry? Luckily for us, economist KADOKURA Takashi has done all the hard work on what he calls the “lower body industry”, and we can now read about everything we always wanted to know on the subject in his books, including his most popular title, Sekai no “kahanshin” Keizai ga Mokaru Riyu (Why the World’s “Lower Body” Economy Is Profitable). In this and other books, KADOKURA has analysed and elucidated the mechanisms of the amazing profits generated by Japan’s sex industry, the actual number of sex workers in the legal and illegal industries, etc., based on the latest available data.

Born in Kanagawa Prefecture in 1971, KADOKURA found a job at the Japan Economic Research Centre after graduating from Keio University. He then joined the Institute for South-East Asian Studies in Singapore before becoming a representative of the BRICs Research Institute in 2005. A part-time lecturer at Doshisha University Graduate School, he specialises in underground economies and labour issues and has published many books on Japan’s working poor. According to KADOKURA, the only way to estimate the size of the sex market is to approach the subject from the bottom up, starting with a single place and then multiplying the information gathered by the approximate number of similar businesses around Japan.

Let’s take, for instance, the soapland industry. Having completed his diligent fieldwork, KADOKURAsays that each venue has eight rooms on average. The average service time is 90 minutes, while the waiting time is about six minutes. Based on this data, we can say that a soapland averages about 40 customers per day for a grand total of 15,000 annual visits. Presuming that the average guest spends 50,000 yen*, we can estimate that the annual income of a single soapland is around 750 million yen*. Now, we only have to multiply this figure by the number of stores nationwide. In 2005, for instance, the soapland market revenue was 981.9 billion yen*. However, only about a quarter of these fees are reported to the tax office. That’s because the “special service” fees are rarely declared and end up in the pockets of the women who work at these establishments. In other words, the soapland underground economy amounts to a whopping 736.4 billion yen*. As for the abovementioned fashion health parlours, they bring in 678 billion yen* a year. According to KADOKURA’s research, an established parlour is open 12 hours a day, it is visited by 32,500 customers (service time is much shorter than at soaplands) and the average waiting time for service is 20 minutes.

KADOKURA also explored Japan’s problem with teenage prostitution. Luckily, in this case, he did not engage in fieldwork but relied on a Japanese government survey. By adding his own research, he came up with the following data: there are an estimated 170,000 junior high and high school girls engaged in prostitution each year in Japan, and the market is estimated to be as high as 54.7 billion yen*. As for who the girls’ customers are, KADOKURA notes that 1 in 10 Japanese men has a “lolita complex” (i.e. he likes teenage girls) and that 15% of the male population has viewed child pornography, while over 10% owns child pornography.

KADOKURA’s books are full of fascinating and thought-provoking information that gives a real sense of the sex industry in Japan. For example, the market size of Japan’s sex-related industry (7,663.6 billion yen*) is comparable to the government’s labour costs for civil servants (7,880.5 billion yen* according to the initial budget for the 2017 fiscal year). The “delivery health” market (or deri-heru i.e. call girls being “delivered” to the customer’s house or a love hotel) amounts to 1,848.1 billion yen*, surpassing Shimane Prefecture’s gross domestic product (1,767.6 billion yen* in 2013) while the market size of adult shops (209.3 billion yen*) is comparable to the initial budget for the 2017 general account (201.5 billion yen*) in Utsunomiya, the city in Tochigi Prefecture that is famous for its gyoza dumplings. KADOKURA even tackles subjects that are not strictly related to the “ejaculation industry”. He calculates, for instance, that if Japan legalises same-sex marriage, the marriage market will increase by 51 billion yen*.

Well aware that a string of numbers and cold data do not make for the most entertaining reading, KADOKURA spices up his research with a healthy amount of useless but immensely enjoyable statistical trivia. For example, did you know that the market size of a transsexual specialty sex shop (15.65 billion yen*) is comparable to the 7-year contract total (16 billion*) of TANAKA Masahiro of the New York Yankees baseball team? Or that the number of porn actresses in Japan (about 7,500) is almost the same as the estimated number of Sumatran orangutans (about 7,300), which are designated as endangered species? Do you care? Whatever.

Far from limiting himself to gathering an endless stream of statistical data, KADOKURA devotes the final chapter of his book to discussing what Japan can and should do about its humongous sex industry. He argues convincingly that Japan should abandon its current grey zone laws (prostitution is theoretically illegal in Japan, but there are so many loopholes that thousands of businesses are allowed to grow and flourish) and both legalise and regulate the industry. He is well aware that this is a morally controversial position, but, as KADOKURA explains, clarifying the status of the sex industry would better protect the rights of sex workers, increase tax revenue, and also prevent the spread of sexual diseases among both the population at large and those who are directly involved in the sex business – the workers and their customers.
*100 yen = £0.69 (5 Feb. 2021)