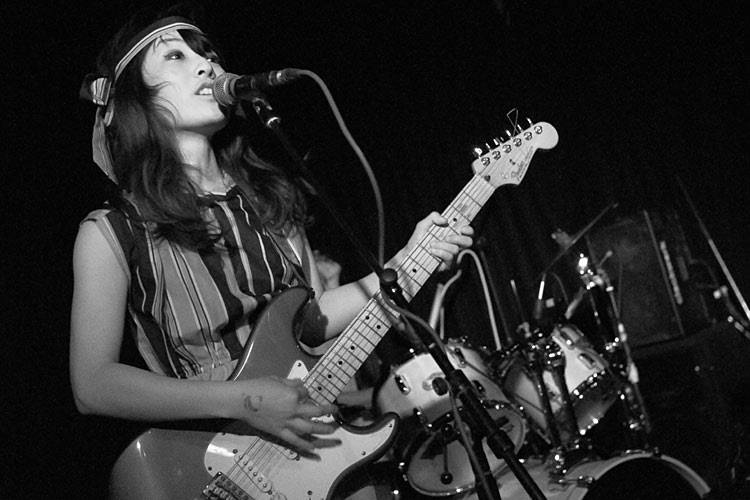 Hello, we are NO CARS, Japanese girls’ band based in London. We have been around for 10 years, with 3 albums released, and appeared frequently in festivals and events in England. A major TV appearance as an in-house band for a comedy show is due this year too. Unfortunately, we are having an indefinite break and our final gig is this Sunday. We hope you can make it. Highly theatrical, and guaranteed to be a joyful Sunday evening out to celebrate St George’s Day, singing about where to find David Bowie, and Japanese girls’ love for sellotape.

£5 entry at the door

You’re sure to be laughing and cheering alongside them as soon as they step out on stage. (Roxy Simons, MyMBuzz)