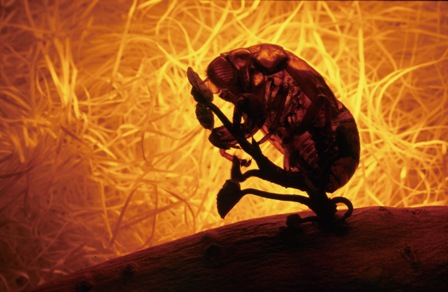 Japan Tide and Leyden Gallery invite you to

Private view and the exhibition of Hirofumi Kawamura

Sushi and drinks including ‘Mio’ sparkling sake will be served. (please register link below)

Born 1961 in Tokushima Prefecture. Influenced by his father and aunt, KAWAMURA took an interest in photography as a preschool child. In the fourth grade, he saved up money to get his first camera. That small camera served as a starting point for his career as a photographer, and from the age of 20, KAWAMURA’s career began, and he expanded his activities both in Japan and overseas, presenting solo shows and displaying pieces in exhibitions. Initially, KAWAMURA worked to deepen his own perspective, while focusing on the simple styles of natural beauty. As seen in works from the 2000s onwards, such as Fairy of the Forest (2000), Light of God (2002), and The Essence of Life (2007), KAWAMURA began adding written text to express metaphors about vitality and mystical existence. This approach was also used in later series such as the Planet of Letters (2014), (based on Japanese origami motifs) ماسكات العناية بالبشرة and the Cranes of Peace (2015-2016) series, and KAWAMURA’s works developed to feature a strong message. Of particular note, KAWAMURA’s piece Origami Universe (2015), became a topic of discussion at Expo Milano 2015, and the following year a solo show was held in Paris. The Japanese ambassador to France visited the exhibition, and upon seeing the works, showed great interest in how the pieces displayed an important link between Japanese and French culture. In recent years, KAWAMURA is working on new approaches, such as with the Empty can & Sunflower (2017) series, constantly experimenting with expressions that praise life and pray for peace.

■Theme of the exhibition■

Hirofumi KAWAMURA pursues his own unique method of photographic expression by making full use of light dynamics. KAWAMURA’s eye gleams from deep within the lens to capture the minute spark of a small life such as a bud sprouting in a bottle or the cast-off shell of a cicada. All of these are caught to practically create a fertile image that defines the moment of our planet’s birth. A prayer for peace, universal expression, the surprising image of Japan’s nature–KAWAMURA’s photographs go beyond their limits to vividly convey the breath of life and various emotions. On the other hand, his photographic works take advantage of composition making full use of blank space (suggestiveness) and Japanese-style sensitivity such as beautiful silhouettes that call to mind ink-wash paintings. His works have received high praise from abroad including New York and Paris. For this exhibition, he will be introducing two new works for his “Empty Can & Sunflower” series based on the September 11, 2001 coordinated terrorist attacks in the United States. Focusing on the “Cranes of Peace” series which are based on a motif of newspaper articles and constitutional text, 27 works will be on display which communicate a deep spirituality that will shake the hearts of viewers with their straight messages. We hope you enjoy the prayer for peace captured from KAWAMURA’s viewpoint.