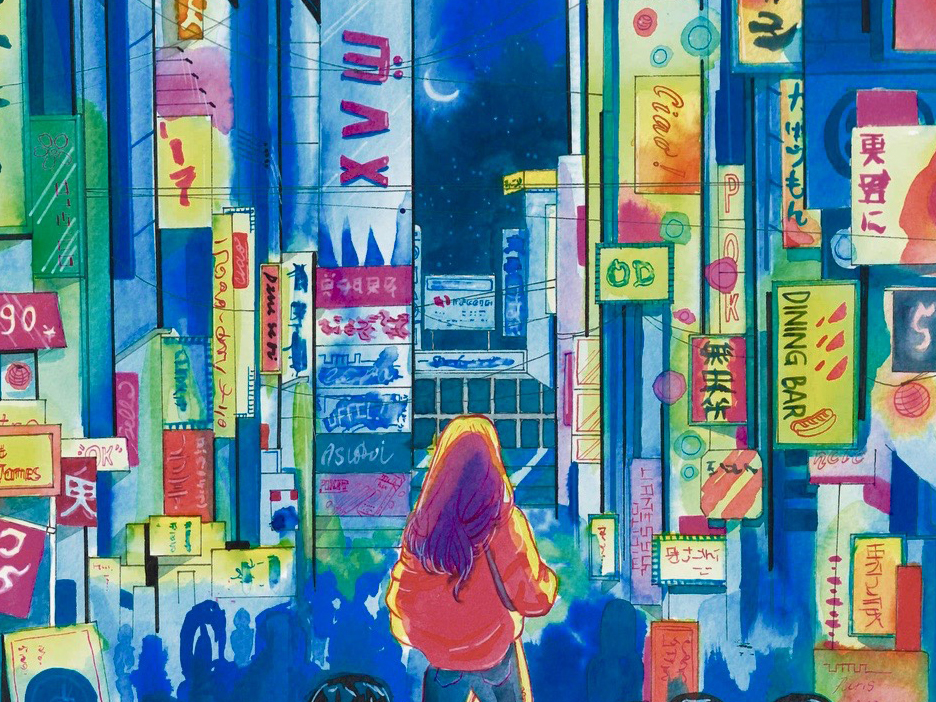 VMR – Vanessa Milito Rodriguez – is an Italian-Colombian artist born in Milan, Italy. She has become fascinated with the traditional Japanese tattoos, Irezumi, which then led her to the discovery of Ukiyo-e woodblock prints. In 2016 she moved to Paris, France, where her love for Ukiyo-e and Japanese culture has grown even further as Paris is the birthplace of the ’Japonisme’ art movement.

The title ‘Lost in Transition’ is inspired by Sofia Coppola’s movie ‘Lost in Translation’. The preparation for the exhibition took place in France, as well as during Vanessa’s first solo trip to Japan. The ‘transition’ exists in discovering and comparing what she had always imagined about Japan, and what she actually saw and experienced there.

This exhibition celebrates the mix between the traditional Japanese culture and the modern pop culture. The artworks are inspired by the works of Ukiyo-e masters, such as Hokusai and Hasui. The dominant colours are blue and pink – ماسكات العناية بالبشرة the blue of the Hokusai’s waves and the pink of the neon lights of Shibuya, Tokyo.
The exhibition showcases mostly watercolour paintings, which introduce colourful and carefree objects inspired by Japanese folk toys, like Inu Hariko and Daruma, but also the artist’s own interpretation of Bijinga, beautiful women, created with a mix of Japanese markers, Chinese ink and Posca paint, as well as woodblock prints created during her recent stay in Japan.

FREE ENTRY
*All the artworks will be for sale*