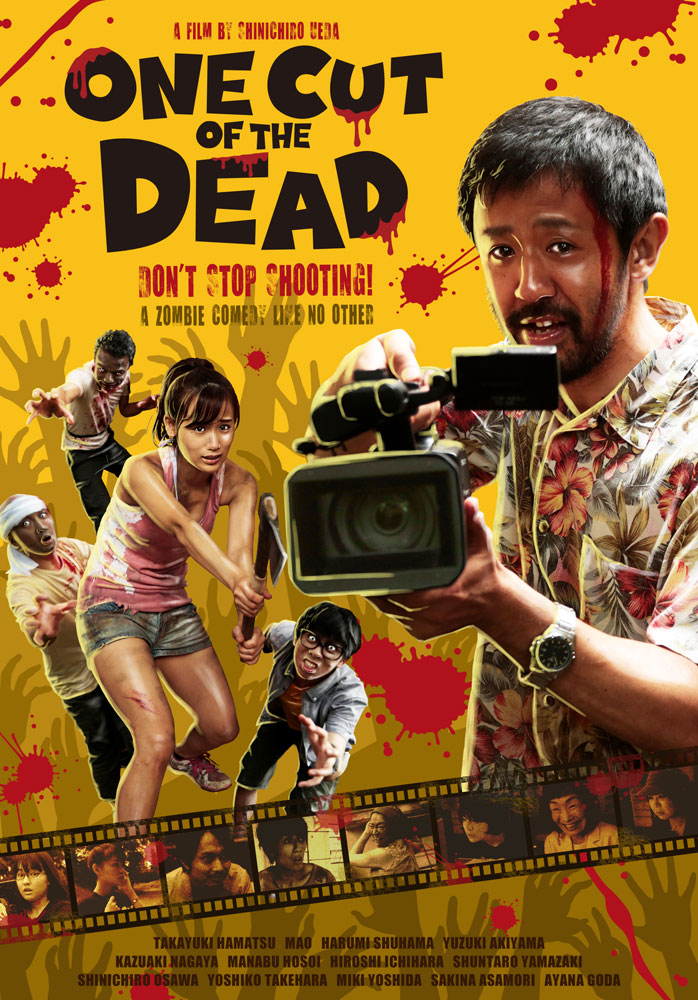 ONE CUT OF THE DEAD (カメラを止めるな！) w/actress HARUMI SHUHAMA Q&A
FRIDAY, JULY 12th from 8:45pm at the Prince Charles Cinema
Directed by Shinichiro Ueda
Starring Takayuki Hamatsu / Mao / Harumi Shuhama / Kazuaki Nagaya
2018 | 96mins | Japan | rated (15)
POMdemonium comes to the PRINCE CHARLES CINEMA!
HARUMI SHUHAMA the “POM” star of ONE CUT OF THE DEAD, will be in attendance for a one-off screening plus after-talk at the Prince Charles Cinema on Friday, July 12th
The film opens in a run-down, abandonad warehouse where a film crew are making a zombie film… Yet, this is no ordinary warehouse. It’s been said that it’s the site of where military experiments took place… Out of nowhere, real zombies arrive and terrorize the crew!
This may sound like a the plot of a clichéd zombie film, but One Cut of the Dead is something completely different! Starting off with a non-stop one-take 37 minute shot, the film then completely switches direction and turns the zombie genre completely upside down into a charming, audience-friendly comedy!
Tickets at
https://princecharlescinema.com/PrinceCharlesCinema.dll/WhatsOn?f=9368007
Details