In the north-west of the country, traditional hunters are trying to preserve their know-how by welcoming women. 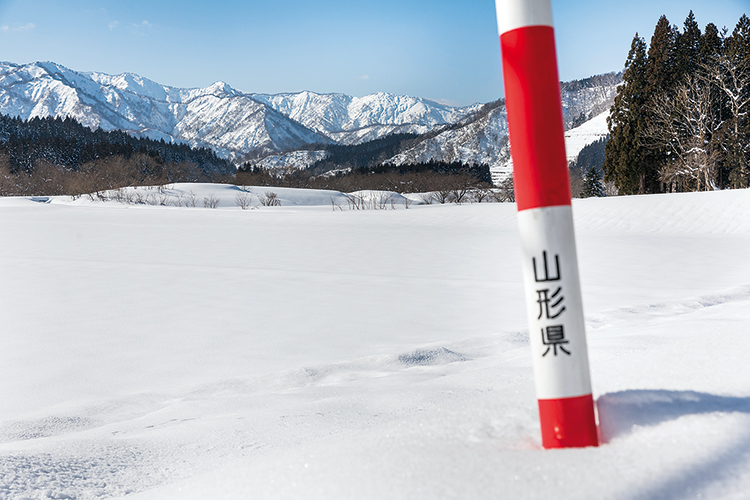 In this part of Japan, it snows abundantly and you need great expertise to get from one place to another.

As soon as he gets out of his vehicle and casts an eye up the side of the mountain, Saito Shigemi, a 68-year-old hunter, spots tracks in the snow. “Two hares”, he mutters with the thick accent of someone from the north of Japan.“They’ve climbed towards the summit to find shelter”. Beside him, Ebihara Hiroko, his young 33-year-old companion, is all ears. In the complete silence reigning over the snow-covered gorge, they make their way towards the summit, in order to locate the animals, which often hide in the shadow of a tree trunk. “In winter, hares merge into the background with their white fur, so you have to watch out for their eyes or the tips of their ears, which remain black”, declares Saito Shigemi , climbing up the slope with a light step despite the thick snow.

Saito Shigemi and Ebihara Hiroko are part of a group of 80 hunters from Oguni, a village of 7,000 inhabitants stretching between two massive snowcovered mountains. In this region in the north of Japan, groups of traditional hunters known for their animist culture catch hares, pheasants and bears during the winter. The figure of Ebihara Hiroko stands out among them. This small woman, who looks like a primary school teacher, is probably the first to join the ranks of the matagi, an exclusively male profession up until now. Why? “We believe the mountain deity is a goddess. Previously, it was strictly forbidden for women to join in the hunt. It was feared that it would bring bad luck as it would make the goddess jealous”, recounts Saito Shigemi, with his piercing eyes and a cigarette between his lips.

In fact, Ebihara Hiroko had to wait three years before she could join in the bear hunt alongside the male matagi. In the world of these traditional hunters, women are considered to be intruders. Would you believe that, at one time, you weren’t allowed to have sex for three months before leaving to hunt in the mountains. For the matagi, the hunt represented a kind of symbolic marriage to the goddess they revered. “It’s the reason they had to be in a state of purity before climbing the mountain”, adds Saito Shigemi.

How has Ebihara Hiroko managed to penetrate the previously closed world of the matagi? To retrace her journey, it’s necessary to go back ten years, when she was studying Japanese painting in yamagata, 40 km to the north-east of Oguni, and using zoo animals as references for her work, but “they were lacking something, a certain liveliness, probably the force of nature inherent in wild animals”. One day, her tutor, by great coincidence a specialist in the culture of the matagi, asked her if she would consider accompanying a team of hunters. “For me, above all, it was an opportunity to observe the animals in their natural state”, she recalls. She accepted immediately, without realising that, ten years later, she would be trekking over the mountains alongside traditional hunters.

Once she had joined them, she was impressed with their intimate knowledge of the mountains and the fauna. A good matagi, Saito Shigemi explained, should have a “perfect knowledge of the surroundings where he grew up.” He himself has been climbing the mountains with his gun since childhood, and knows exactly where to find water, all the dangerous places in winter and how to estimate the size of a bear by its footprints. “These are people who make climbing up a snowcovered slope look easy!” exclaims Ebihara Hiroko. In fact, from December to April, everything is covered in snow, which can reach a depth of four metres in some places. During this period, it’s necessary to master certain techniques just to move from one place to another on the mountain.

Her mentor, Saito Shigemi, is one of the few people to have lived at a time when the livelihood of the matagi was still based on the sale of the bears’ furs and their gallbladders. Nowadays, the curative virtues of this organ are in doubt, but previously, that’s to say before the 1950s, it was worth “as much as gold”, the old hunter remembers. According to the hunters, the bear is a special animal, which enriches the whole village and allows it to survive the harsh winters. To catch the bears, they used to be prepared to spend a week at a time in the mountains. “We ate what we could of our catch. At night, we warmed ourselves around the camp fire”, he explains. At that period, the matagi would speak to one another in a particular language during the hunt. Its origins stemmed from the language of the Ainu who used to live in the region. “When I was young, I avoided using the language”, recalls the old matagi, as making a mistake was severely punished. “We had to jump into the river to be forgiven”, he says. Saito Shigemi has rubbed shoulders with legendary hunters capable of spotting an animal hiding behind a tree from a distance of two kilometres without using binoculars. These old-timers told him about a time when hunters would use spears to kill bears. But when was this? He frowns and replies, “It was too long ago, I no longer remember.”

This singular way of life of the matagi was still closed to Ebihara Hiroko because of her gender. Admittedly, at the beginning she had only been able to accompany them because her tutor knew the hunters well. “It’s true, if I were a man, everything would have been much simpler,”, she slips in. Her mentor defends himself: “It didn’t bother me that you came with us, but the older ones were determined to hold on to their traditions”. At one time, the matagi only allowed her to accompany them when they were hunting easily-caught animals such as hares. “It was almost like taking a stroll, they didn’t treat me like an adult”, the young hunter says with irony. She devised a strategy so that she could become a matagi. “I tried to go into the mountains with them as often as possible, so that they at least recognized my face and knew my name. It was very important if only to show them that I could keep up with them without any help”, she confides.

Gradually, she became even more passionate about the culture of the matagi, especially their beliefs about nature. “They don’t think that the mountains belong to them. They consider them to be a like a treasured inheritance handed down to them by their ancestors, which they in turn should hand down to future generations. So they never catch too many animals. That makes no sense to them”, explains the young woman. And as for the bear hunt, the matagi believe it to be a “duel” between themselves and an animal that holds great symbolic meaning for them. “Before a bear hunt, they take time to pray to the goddess. In fact, it would be much easier to use traps, but they’re not interested in doing that. They’d consider it a rather shoddy way to behave”. Despite the old-fashioned sexism, she’s captivated by their world, though she grew up in the city of Kumamoto, on the island of Kyushu, in the south of the archipelago, “with hardly any contact with the natural world”. “I wanted to continue accompanying them, and to learn what they knew about nature”, she recalls. Her stubbornness finally paid off. “Some of them were afraid that her presence would bring bad luck, but all went well”, explains Saito Shigemi. She was eventually able to join the ranks of the matagi due to a “stroke of luck”. Each time she accompanied the hunters, they caught a bear. “Some of them seemed to think it was just a bizarre coincidence”, Ebihara Hiroko says sarcastically.

Three years later, in 2010, she was officially granted her hunting licence and made a request to join the local hunting club. It was a simple administrative procedure, but hugely significant for her. After meeting together, the matagi decided to accept her application. She took part in the club’s New year celebrations as “a new member”. “I’m no longer just an enthusiastic amateur, I’m responsible for everything I do”, she said to herself at the time. Seven years later, she’s able to hunt hare unaccompanied. “She’s a good hunter, and furthermore, she soaks up what I tell her like a sponge”, comments her mentor. The fact she’s a woman no longer poses a problem. “It’s of no importance now”, remarks Ebihara Hiroko. “I hunt like all the rest of them. It would annoy me if someone treated me differently because I’m a woman”, she adds.

Though the Oguni matagi have made this historic decision, it should be noted that it was equally a matter of saving their traditional culture. As a result of the almost complete disappearance of the fur trade following the rise in popularity of synthetic fibres, nobody has been able to make a living from hunting since the 1950s. There’s still a demand for bear gallbladders, but their price has plummeted. So hunting is just a “hobby” nowadays, and the matagi work in offices during the week like anybody else. The situation is made worse due both to the depopulation of the region and its ageing population. The result is that though there were 400 hunters in 1975, there are only 80 today, with an average age of 60. Now, it’s their turn to face extinction, while the number of bears in Japan is stable, maybe even rising. Aware of all these issues, the present head of the matagi, Saito Kaneyoshi, insisted that Ebihara Hiroko be allowed to join them. “If we refuse to welcome people like her who are interested in our traditions, soon we’ll no longer be able to hunt”, he emphatically told the older members who didn’t want to accept her because she was a woman. “Even today, many of them believe they can do nothing to stop the tradition disappearing”, affirms Ebihara Hiroko. To spend more time with the matagi, she moved to Oguni in 2011 to work at the town hall. “It’s time for me to pass the torch on to the younger generation. I must hand on all my knowledge”, confides Saito Shigemi.

Luckily, it’s now become trendy to take an interest in regional culture. Ten or so people who are not originally from Oguni have already become matagi. For her part Ebihara Hiroko is trying to recruit students with the help of her former tutor. “It wouldn’t work if the older hunters spoke to them. It’s up to me to make the most of my youth”, she says with a smile.

No56 [LOVE AT FIRST SIGHT] A warm welcome to Inase

No30 [Travel] A walk through Torasan’s shibamata

No7 [Travel] Enjoy travelling through books in Jimbocho