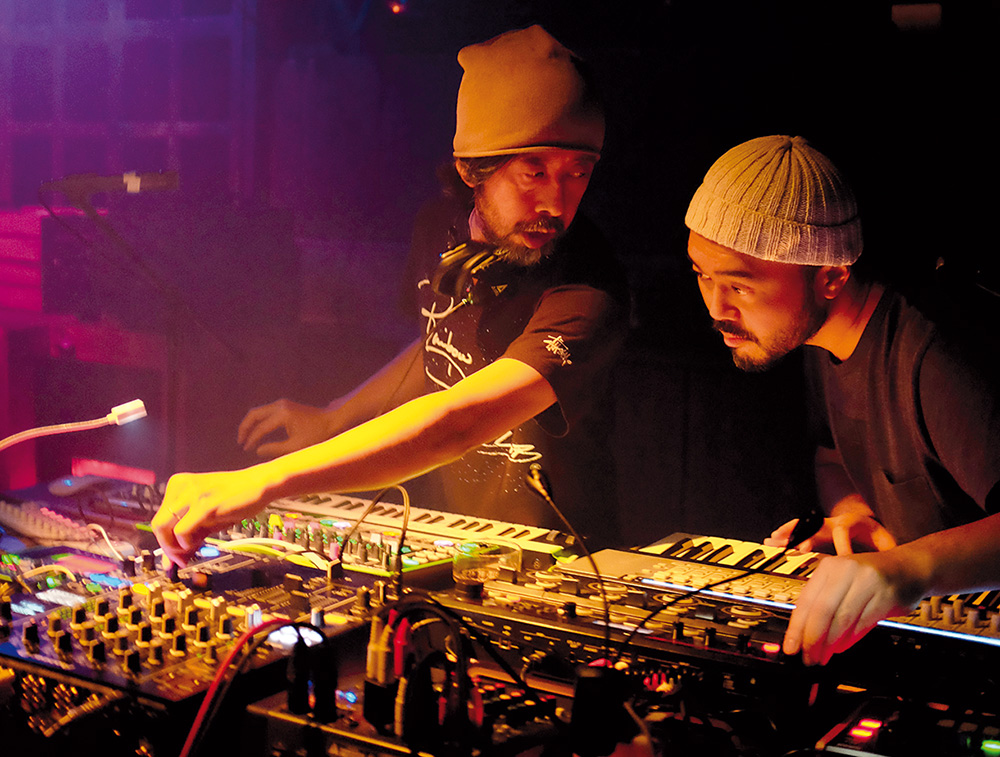 DJ and sound engineer TAKAHASHI Kuniyuki works under many different aliases (Kuni, Koss, etc.), and for several years has been one of the most exciting music creators from Japan. His particular brand of deep house music, which often blends jazz, African and soul sounds and incorporates plenty of improvisation and organic instrumentation, has proved very popular both in Japan and abroad. Zoom Japan talked to Kuniyuki – as the artist is simply known by his fans – before he flew to the UK to take part in the Alfresco Festival.

You were born and raised in Sapporo, in northern Japan, and even now, though you have become a globetrotting musician and DJ, Sapporo remains your home base.

TAKAHASHIKuniyuki: For me, the environment where I create and think about music is very important, and Sapporo – or I should say Hokkaido – remains the perfect environment to pursue my musical interests.

Speaking of Sapporo, I know that you have a strong connection with a local club called Precious Hall, which is also the name of one of your earliest releases. Why is this place so important to you?

T. K.: Club culture was very strong when I began making music. Sapporo isn’t as big as Tokyo or Osaka and everything, all the information, is often concentrated in one place. For me, Precious Hall was the go-to place to learn what was going on in the city. Then, a pivotal moment for me was a party event called “Africa”, which took place at Precious Hall in 1996 or ’97. At the time, my musical interests were moving towards folk and world music, and I started playing percussion and synthesizer in live events at the club.

T. K.: When I was about 11 or 12, I used to play the drums and listen to all kinds of music from Japanese pop to rock music. Of course, being the 1980s, I loved such New Wave bands as The Cure, Joy Division and echo & the bunnymen. I guess I was lucky to grow up in those years as I was exposed to different kinds of music. My older brother was also a big influence. We used to play together and listen to punk music and electronic body music.

You bought your first synthesizer when you were 14. How did you get interested in electronic music?

T. K.: Though I listened to any kind of music, I especially liked the sound of synthesizers. They both looked strange and unique, and made unpredictable sounds. A guitar only sounds like a guitar, but with a synthesizer you can conjure up all kinds of melodies, noises and sound effects.

Who inspired you the most?

T. K.: Yellow Magic Orchestra was huge at the time. everybody loved it. I also liked brian eno, Vangelis and Jean-Michel Jarre, and New Wave bands such as Human League and Depeche Mode. In Japan, music rental shops have always been popular, and because my friends and I were always penniless, we would rent vinyl al- bums, record them on cassette tape, and share them with each other.

The amazing thing is that, even now, Japan is probably the only major music market where people still buy CDs.

T. K.: Japanese music fans still love the object itself, be it a vinyl record or a CD. Their interest goes beyond the music and includes the album cover, etc. I guess that’s why, com- pared to other countries, the vinyl and CD market is still so strong.

You mentioned Yellow Magic Orchestra. I know that in 1998, you performed at the rainbow 2000 outdoor festival as a member of HOSONO Haruomi’s group.

T. K.: It was a wonderful experience. besides being a skilled musician, HOSONO has very interesting musical ideas and a deeply spiritual approach to culture. His activities extend well beyond simple musical expression. This particular band that I was lucky enough to join mixed contemporary music with ancient Shinto music called kagura, so I had a chance to play a range of instruments including Japanese bamboo flute.

One thing I like in your music is that, though you mainly play electronic music, you like to add touches of analogue music.

T. K.: Of course, you can do whatever you like with synthesizers. If I wanted, I could just create flute and percussion sounds electronically. but I like real, concrete sounds, and nothing beats sounds that are created through human emotion. Synthetic music always sounds the same, but if you actually play an instrument, it sounds different every time depending on what you’re feeling at that particular moment.

T. K.: each project is different, of course. Some- times I start with a definite idea or theme for my album. Other times, a new idea is born while I improvise on my instruments. I play music every day, but there are times when it takes three or four days to find the right sound. My music doesn’t fall into any specific category, and I have many sources of inspiration. So de- pending on a number of factors, I could either complete a project in one month or it could take a whole year. It also depends on whether I do everything myself or whether I work with other artists. I love the new unexpected ideas that come out of such collaborations.

Feather World is fairly representative of this approach to music-making as each song is a collaboration with a different artist.

T. K.: This album was released in 2011, the year of the triple disaster in Fukushima. The earthquake actually struck while I was working on this project, and I was obviously affected by the tragedy. For example, I asked Anne Clarke, who sang on between Shadow and Lights, to write lyrics that showed how people carry on living and become strong even when faced with problems and tragedy. The last track of the album, Forest Song, is a lullaby. For many people, 2011 was a terrible year, so I wanted listeners to just close their eyes and relax. It was also a sort of prayer for nature to revert back to its quiet, peaceful self.
Actually, this is probably the first time that I’ve revealed the deep themes running through this project. I’ve never talked about it before. because it’s rather heavy stuff, I didn’t want to impose my point of view on other people. When I write my songs, I have my own ideas and motivations, but everybody is free to enjoy and interpret my music in any way they feel.

You’ve been making music for a long time now. How has your approach to music-making changed over the years?

T. K.: Obviously, music is very important to me, and my aim has always been to express my feelings in a frank and honest way. When I was in my teens and listening to punk rock, music’s energy was everything. Then you get older and other elements come into play. You’re more experienced and skilled, but, in the end, I’m al- ways searching for music that speaks to my heart. So in a sense, my way of thinking about music hasn’t changed all that much. In the future, I’d like to write very simple songs. When I went to South Africa in December 2017, I visited a cave whose walls were covered in ancient rock art painted by bushmen. That was incredibly inspiring. When I got outside, surrounded by vast plains and the mountains in the background, I experienced a kind of simple, primordial sound. That’s the kind of music I’m trying to make now: simple but with heart.

The environment seems to play an important role in the way you make music. I guess that’s one of the reasons you’ve lived in Hokkaido all your life?

T. K.: Yes, I think so. For example, I like to listen to music while driving. Though I live in Sapporo, which is a big city, the countryside is only a 30-minute drive away. I just love to be immersed in nature. In Sapporo itself, we experience time in a different way. I love other places too, like New York, where you can feel history as a living and breathing thing. And Tokyo’s energy, of course. but in the end, when it comes to my musical experience, no place is better than Sapporo.

USEFUL INFORMATION
TAKAHASHI Kuniyuki will be performing on 23 May
at the Alfresco Festival, Hop Farm, Paddock Wood, Tonbridge.
http://alfrescofestival.co.uk/