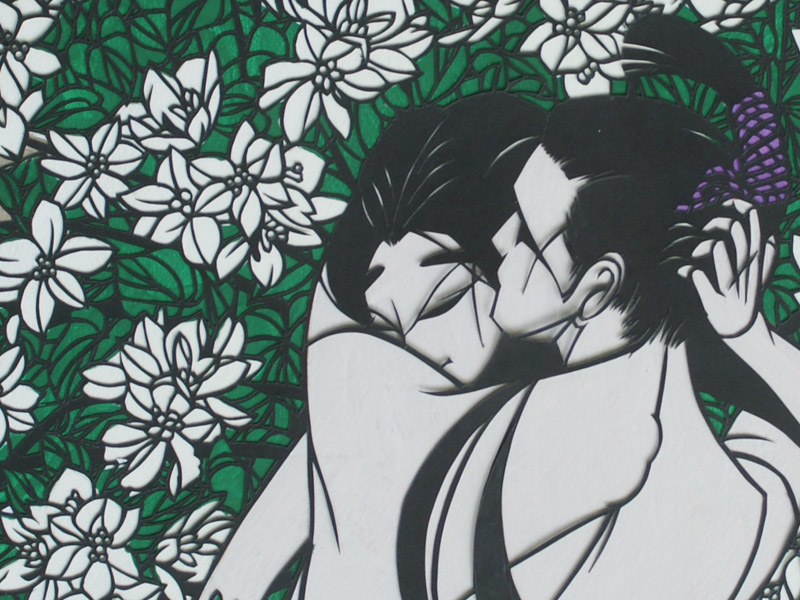 Hobo Komiyama was born in 1946 in Tokyo, Japan. While studying at Musashino Art University, Hobo became a researcher for a theatre company. After graduating from the university, he began his career as a kimono dye colorist and illustrator. Finally in 1975, he has begun his career as a papercutting artist and is active until today, with multiple successful publications and exhibitions in, as well as outside of, Japan.

The main theme of this solo exhibition is scenes from The Tale of Genji, which is a classical work written during the early years of the 11th century in the Heian period, by the female writer Murasaki Shikibu. It is still widely enjoyed today and is said to be the world’s first novel.

Kirie, literal translation ‘’cut out picture’’, is the refined art of Japanese papercutting. Using a craft knife, a design is cut by hand from a single sheet of paper and is then contrasted against a black background to make it visible. It is thought to date back well over 1000 years ago, not long after the arrival of washi paper, and was initially used in religious ceremonies.