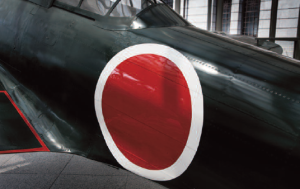 The debate about Japan’s wartime history (particularly the more thorny issues, like the Nanking Massacre and the use of both sex slaves and slave labour) has carried on for several years now, pitting politicians, activists and academics on both sides of the ideological divide against one another. While most non-Japanese agree with the officially recognized version of the facts, a few of them have come to the defence of the so-called revisionist front, generally comprised of conservative and far-right politicians. One of them is Tony Marano (or Texas Daddy, as he is affectionately called by his Japanese fans) a 65-year-old gentleman who, since retiring in 2006, has become a sort of video activist commenting on the bias he perceives in the news media. In the beginning, the unapologetically conservative Marano (his hero is Ronald Reagan) mostly limited himself to American politics, but since 2008 he has focused more and more on Japan. Zoom Japan had a chance to talk to him about his newfound love for Japan.

Please tell me how you became involved.

Tony Marano: It was quite by accident. In 2008 I read an article in the Dallas Morning News about Sea Shepherd and the Japanese whaling industry. I posted a few videos criticizing them for harassing Japanese whalers. Someone began translating and showing them in Japan, but I knew nothing about it until I started to hear from people in Japan, some of whom taught me a lot about Japan’s past and present. Then a Japanese lady living in Washington DC asked me if I wanted to go to Japan and speak at some conferences organized by conservative groups, which eventually I did in 2011. At the same time I made friends online with Shun Ferguson (real name Fujiki Shunichi). He is the same guy who posts subtitled versions of my videos in Japan through the Texas Oyaji Nihon Jimukyoku (Texas Daddy Japan Office). I get about 1,000 views on my Propaganda Buster channel but he gets 30-40,000 views on the Japanese channel. Also, all the requests for me to write articles or columns for Japanese publications go through him.

One of your contacts in Japan is Fujita Hiroyuki, a translator and editorial writer for the nationalist Kokumin Shinbun.

T. M.: Yes, he is a very fine gentleman who speaks very good English and does a lot of translating. He was my interpreter at the first conference I did in Tokyo and has helped us out every time since then. He took me on a tour of the war museum on the ground of Yasukuni Shrine and even introduced me to the head Shinto priest, because he is a good friend of his. I meet a lot of people when I come to Japan. I don’t question their background but they are not nationalists because, you know, nationalists don’t like foreigners, and these people are very friendly and very warm towards me. What I have in common with these people is that we are patriots and conservatives, and we appreciate the good relationship between our two countries.

Have you ever questioned the reason why these groups have asked you to help them with these issues?

T. M.: I only know that I was amazed by the correspondence I was getting from so many people and how polite, well-mannered and humble they were. The same thing happened when I wrote the book for Asuka Shinsha [a Japanese publisher]. Dealing with these people intensified my respect for Japan. It is reminiscent of the culture I grew up with in the 1950s in Brooklyn that was based on honesty and respect. In the US now all that is gone. I hate to say this but it’s basically turned into a garbage nation. And I think most foreigners who live in Japan love it for these qualities. I really don’t understand those people who criticize the country and keep living there. If you don’t like it, why don’t you leave?

You recently obtained a copy of a 1944 uS Army report which describes a group of so-called “comfort women” who were attached to the Japanese army in Burma as prostitutes. I read it online and I found it interesting for its somewhat schizophrenic nature. On one hand it says they lived well, had plenty of money and “amused themselves by participating in sports events with both officers and men”. In another paragraph however, it says that “early in May of 1942 Japanese agents arrived in Korea for the purpose of enlisting Korean girls for “comfort service” (…) The nature of this “service” was not specified but it was assumed to be work connected with visiting the wounded in hospitals, rolling up bandages and generally making the soldiers happy. The inducement used by these agents was plenty of money, an opportunity to pay off family debts, easy work and the prospect of a new life in a new land, Singapore. On the basis of these false representations many girls enlisted for overseas duty. What do you think about it?

T. M.: I don’t remember that part, I should read it again. But the fact is the Koreans are claiming 200,000 women were forced into sexual slavery. My question is: where were the Korean men when this was happening? If a comparable number of American women were forced into sexual slavery, I’m sure the men would do something. So I have to question the part about being forced. Also, if this really happened, why were so many men joining the Japanese Imperial Army? Even future President Park joined the army. Does it make sense to you? Now, was it 100% volunteer service? I’m sure not. I’m sure there was some kind of deception. But you know, you can find many cases in history when an army has kept comfort womenstations so the soldiers wouldn’t go around raping women. Even the American Army had stations throughout the South Pacific.

Regarding thousands of Koreans (and Taiwanese) “joining” the Japanese Army, I wonder how many of them were actually volunteers. For example, a group of Taiwanese who are against their dead being worshipped at Yasukuni Shrine have stated: “Our compatriots were rounded up and sent to their deaths, and have not received compensation,” and “My father was drafted into the auxiliary corps and never returned. He held a grudge for being semi-forcibly taken away”. I’d like to know what your opinion is about all the testimonies from both women who claim to have been forced into sex slavery and Japanese war veterans who have done or witnessed such acts.

T. M.: Well, I know of many soldiers who havetestified to the contrary; soldiers who have used the comfort women and said they were not forced into it. As for the women, do you remember what happened in France with the women collaborators when the war was over? Do you remember how they were treated? Now, I’m not saying it is the case here, but if I had been a comfort woman I would say, hey, I was forced into it!

Well, if we follow your logic, even the Japanese soldiers who said those women were not forced into sexual slavery could have been motivated by the same reasons. But what do you think of the Japanese government apologizing for its past actions and paying reparations for a number of war crimes, including the comfort women issue? Would you do that if you hadn’t really done
anything?

T. M.: Well, in 1965 Japan signed a treaty with Korea to put a whole bunch of issues to bed. This treaty said that there would be no future claims. Some of the money was meant to pay comfort women but President Park kept all the money to help the country’s postwar development and didn’t pass it on to those women. So Japan shouldn’t be held responsible for what the Korean government did. But the Koreans kept asking for some official apology so in 1993 Japan did it. It was like saying, “Okay we apologize. Now please shut up!” But let’s just say this: Let’s suppose it really did happen and the Japanese Army was complicit in forcing those 200,000 women into sexual slavery. It happened 70 years ago! When are we going to put the issue to bed? This is Japan-bashing plain and simple, and it’s happening in America, too, with these comfort women statues that Korean Americans are trying to erect throughout the country because they don’t like Japan.