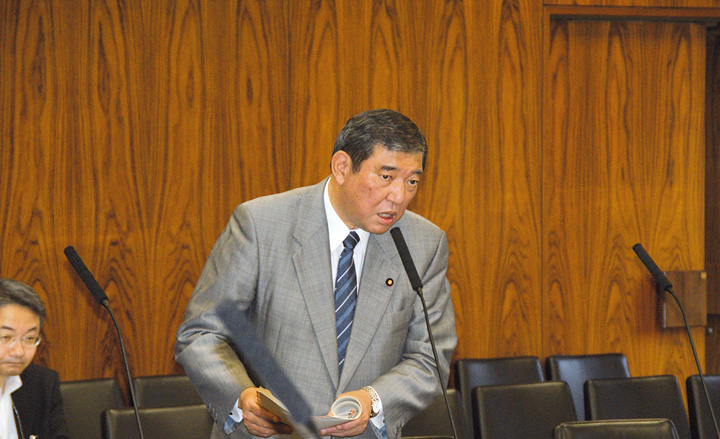 For years the Japanese government has sought to revitalize the country’s regions, but their methods are outdated.

At the end of 2014 the Abe administration proposed creating new types of subsidies that local authorities would use at their own discretion to promote measures for stopping population decline and revitalizing regional economies. The proposal is part of a comprehensive five-year strategy for regional revitalization, the goal of which, as Prime Minister Abe Shinzo said, is to help local governments “think, act and initiate reforms on their own”. While everybody agrees that the central and local governments must do something to reverse the seemingly endless migration from the provincial towns and the countryside to the big cities, there seems to be little agreement on ways to implement this strategy. One of the more vocal critics of the official policy is Sasaki Nobuo, professor at the Faculty of Economics at Chuo University. Also a former Tokyo Metropolitan Government official, Sasaki specializes in public administration and regional selfgovernment and has contributed to the ongoing debate through such works as Gendai Chiho Jichi (Modern Municipal Governments) and Jichitai Wo Dou Kaeru Ka (How to Transform Local Governments). Sasaki wrote in his regular column for the Asahi Shinbun (one of the five national newspapers in Japan) that there is nothing new in Abe’s initiative and that the regional revitalization policy is “an old trick the Liberal Democratic Party (LDP) reuses every decade in one form or another”. As a matter of fact, the ruling LDP has indeed been recycling the same “locally-focused” measures for the last 70 years. To mention just a few examples from the past few decades, the Takeshita Cabinet (1988), the Obuchi Cabinet (1999) and the Aso Cabinet (2008) have all proposed differently named but substantially similar policies – apparently without managing to stop regional decline. Over the past 20 years, and even after the implementation of the much touted “Abenomics” economic measures, Japan’s real economy has stalled at 0% growth.

Even worse, surveys show that 50% of the country’s municipalities are expected to disappear by the year 2040. So what’s wrong with these policies? According to Sasaki, the goverment has previously always prioritized the development of hard infrastructure under the banner of shorter commutes and decentralization, while leaving fundamental soft infrastructure in its old, centralized state. “You can wave the banner of regional revitalization all you like,” Sasaki says, “but such policies are unlikely to create an environment that revitalizes local industry, produces jobs and retains young people when all the central, higher-order functions of society—politics, administration, economics, information, education and culture— remain concentrated in Tokyo”. While some people view regional revitalization and government structural reform as separate things, Sasaki believes that the two issues are interconnected. “We cannot talk about moving forward when the shackles of centralized decisionmaking and control are left in place,” he says. In Sasaki’s opinion, a major problem is the “lack of competitive relationships within the country and motivation for regions to revitalize themselves on their own”. It is undeniable that, Abe’s slogans notwithstanding, the state has preserved Japan’s vertical government structure over the years, dictating the pace and means of economic development through government-led stimulation of public demand. As a result, regions have come to rely on central government for everything. The country’s current system of 47 prefectures was set up 140 years ago in order to create a centralized administration.

The economic growth Japan enjoyed after the Second World War can be attributed in part to this strong centralized system of government that unified public services and secured a level of fairness for citizens. The aim at the time was to ensure a certain minimum standard of living for its citizens, and that entailed curbing regional autonomy. However, according to Sasaki this system is now outdated and its negative effect on Japanese society far outweighs its advantages. For one thing, there is the issue of responsibility for administration. Under this model national government comes up with all the plans, while local government only handles their implementation. However, both sides share responsibility for the outcome, creating a grey area where it’s not clear who has responsibility for what, and who should be blamed in the event of failure. Also, local government cannot adequately respond to local needs because it only has limited discretionary powers. This obviously leads to inefficient and ineffective administrative services. According to Sasaki, this system should be replaced by ten large regional blocs (doshusei) to which the government would transfer much of the authority and control over revenue streams associated with domestic policy. What Sasaki’s proposal would really do is to create a horizontally competitive society with regional autonomy by shifting to a system of regional blocs. This also has the added advantage of reducing the resource wastage. The scale of the Japanese economy is such that the seven prefectures comprising the island of Kyushu are comparable to the Netherlands, the six prefectures in the Tohoku region are comparable to Sweden and the metropolis and three prefectures of the Greater Tokyo Area are comparable to the U.K. For instance, “If Kyushu were to operate as a single regional bloc,” Sasaki says, “it could very well achieve a growth rate 1.2 times that of the Netherlands in less than 10 years”. It would be easier for these smaller entities to compete among themselves through market mechanisms, and to keep pace with a rapidly evolving global society. Wholesale structural reform obviously takes a lot of time and energy, but Japan is not going to resolve its social and economic problems with even more short-term solutions.