The work of Yoshida Kimiko is representative of the multitude of connections between Japan and France. 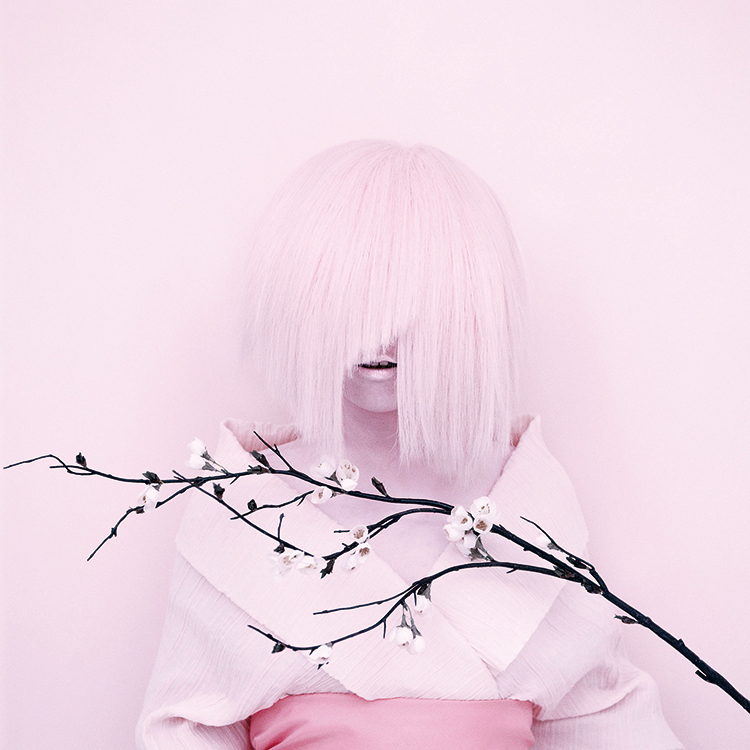 2018 marks the 160th anniversary of Franco-Japanese diplomatic relations with an event entitled Japonismes, and the opportunity to take a new look at a movement which began towards the end of the 19th century, founded on the West’s obsession with everything Japanese. But is Japonisme just a thing of the past? And can it only end in one way? The photographer yoshida Kimiko, born in Japan in 1963, has chosen to live in France. Since the beginning of the 2000s, she has used her self-portraits to create a hybridisation of Franco-Japanese cultural references. Concealed under elaborate costumes, masks and all sorts of jewellery, she becomes a succession of different characters, one of which is La Mariée cerisier en fleurs (The Cherry Blossom Bride) from 2006, which pays homage to her native land where cherry blossom is a powerful symbol of both beauty and the ephemeral. But it’s also an allusion to one of the elements the French associate most closely with Japan. Nevertheless, the artistic work of yoshida Kimiko is not pastiche. The photograph is not a parody of a Japanese woman posing under a cherry tree in bloom.

In fact, Kimiko is not wearing a traditional wedding headdress, but a pink wig bought in a joke shop. And the kimono is fake. The artist used a piece of pink fabric, which she draped around herself to resemble – to Western eyes – a kimono. Finally, even though the thick make-up covering her face and her shoulders brings to mind the technique of oshiroi – the skin-whitening powder used by geisha – it’s only to make her face merge into the dominant rose colour of the photograph. yoshida Kimiko, in reality, is questioning the fantasy-based, even stereotypical view French people often have of Japan.

In another series of self-portraits started in 2005, she uses Latin to connect the Far East and the West. Tombeau (Tombs) is a collection of eightteen photographs focusing just on the artist’s face, on which eighteen glass letters have been arranged spelling out the Latin expression Pulvis cinis et nihil (“Dust, ashes and nothing”). These strange words were borrowed from an epitaph engraved on the tomb of a Roman cardinal, which yoshida Kimiko saw in 2003 while on her first visit to Rome. It was both a discovery and a revelation for the artist, and was her first encounter with this dead language, and the significance of the epitaph, which evokes disappearance, absence and nothingness, recalls the minimalist Zen aesthetic of her own culture. So she decided to create a series in which her completely bare face merged into the cardinal-red colour of the photograph, while the Latin words pointed to the universal truth that everything and everyone is impermanent.

Her work is always motivated by her research into the multiple connections and exchanges between France and Japan and, since 2009, yoshida Kimiko has created several sculptures using her features to serve as a pretext for unexpected encounters between Franco-Japanese elements. So, in one work she incarnates the Queen of France, Marie-Antoinette who, surprisingly, has become very well-known in Japan ever since the success of the manga Lady Oscar. It takes the form of a resin sculpture, whose overall shape is borrowed from the Louis Boizot bust Marie- Antoinette drapée (circa 1780). yoshida Kimiko had a cast made of the bust, and then incorporated some Japanese elements. To start with, the face of the queen has been replaced with her own head wearing a geisha wig. The draping on the front of the statue has been kept, but is transformed into a kimono at the back. The artist has also scattered some cherry blossom over the bust, which merges into the dominant pink colour. The result is a female figure personifying the ideal beauty of both cultures – a Queen and a geisha – and transcending all ages and frontiers. This temporal and geographic encounter between our two countries in the art of yoshida Kimiko represents the essence of what has been called Japonisme, even though it was originally about the impact of Japan on French art. 160 years later, the wealth of cultural exchanges and connections between France and Japan continue to surprise us.

*Doctor of History of Art, Japan specialist. Author of L’art contemporain japonais : une quête d’identité (2008, L’Harmattan) and of a thesis/PhD on the work(s) of the artist Yoshida Kimiko (2014, Paris 1 Panthéon Sorbonne).