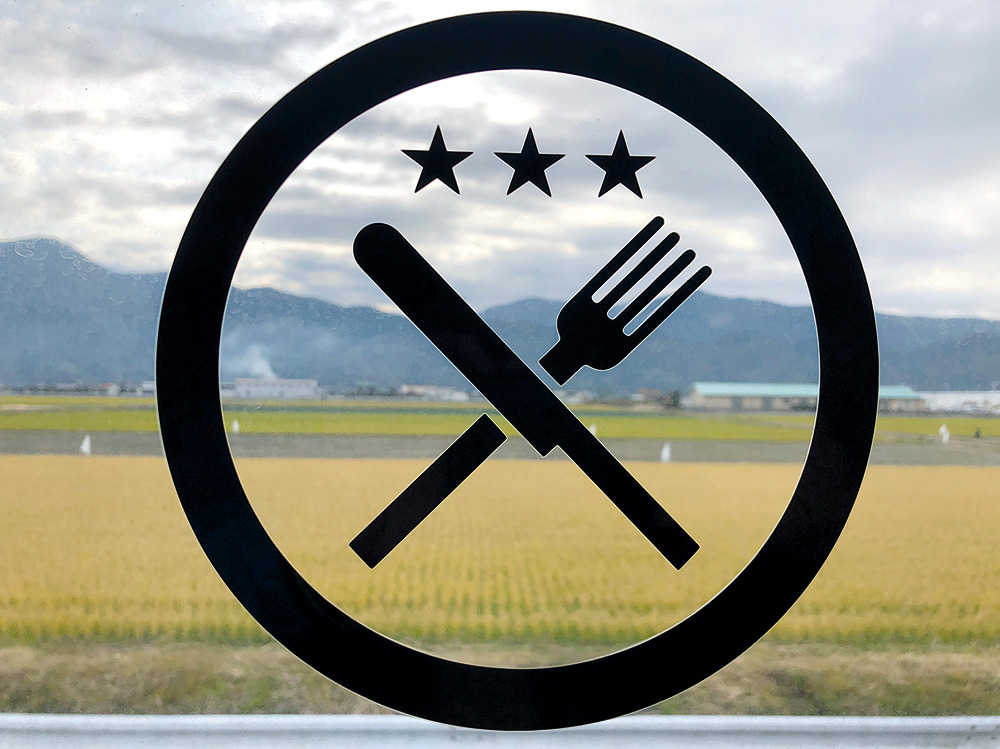 A three-star cuisine is available on board the Orange Restaurant in the midst of lovely scenery.

The Orange Restaurant operates along the 117km of the Shin-Yatsushiro-Sendai line to the delight of the passengers.

Since the disappearance of dining-cars on most of Europe’s railways, we’ve become used to not eating well on trains. They have been abandoned in Japan too, but the tradition of ekiben (lunch-boxes sold in stations and on some trains) endures, and passengers appreciate being able to eat fresh local food while discovering the changing scenery passing before their eyes. Despite the excellent quality of these take-away meals, over the past few years many railway companies have decided to revive the dining-car. But rather than limit them to one carriage, they have chosen to introduce restaurant-trains where travellers can enjoy high-quality cuisine while admiring the beautiful countryside of the region. As it benefits from a great reputation and a rich and varied landscape, Kyushu has taken the lead in pioneering the development of these trains, which the Japanese have welcomed with enthusiasm. This is great news as they generate a significant turnover without which local railways would be in a difficult financial situation.

That’s the reason the small Hisatsu Orange Railway company (Hisatsu orenji tetsudo) that runs the Shin Yatsushiro-Sendai line (116.9km) took the plunge and launched the Orange Restaurant (Orengi shokudo) in March 2013. This is a two-car restaurant-train that travels at slow speed from Friday to Sunday and on national holidays while serving meals worthy of the best restaurants in the region. Designed by top industrial designer, Mitooka Eiji (see Zoom Japan no.22, July 2014), this gastronomic journey is delightful and is now part of the local landscape, so much so that it featured in the film Kazoku iro – Railways watashitachi no shuppatsu (no English version) released last autumn starring the great Kunimura Jun. Though the Orange Restaurant was chosen to feature in this story of a young widow who is forced to move in with her railwayman father-in-law and to become a train conductor, it was mainly due to the beautiful countryside it passes through.

A large part of the journey is along the coastline of Yatsushiro sea, a semi-enclosed inland sea with stunning views which can only be seen from the train. So it’s not surprising that the train is often fully booked, and it’s important to reserve tables in advance (tel.0996-63-6861,from 09.30 to 17.00 or online at: https://www.hs-orange.com/kankou/). 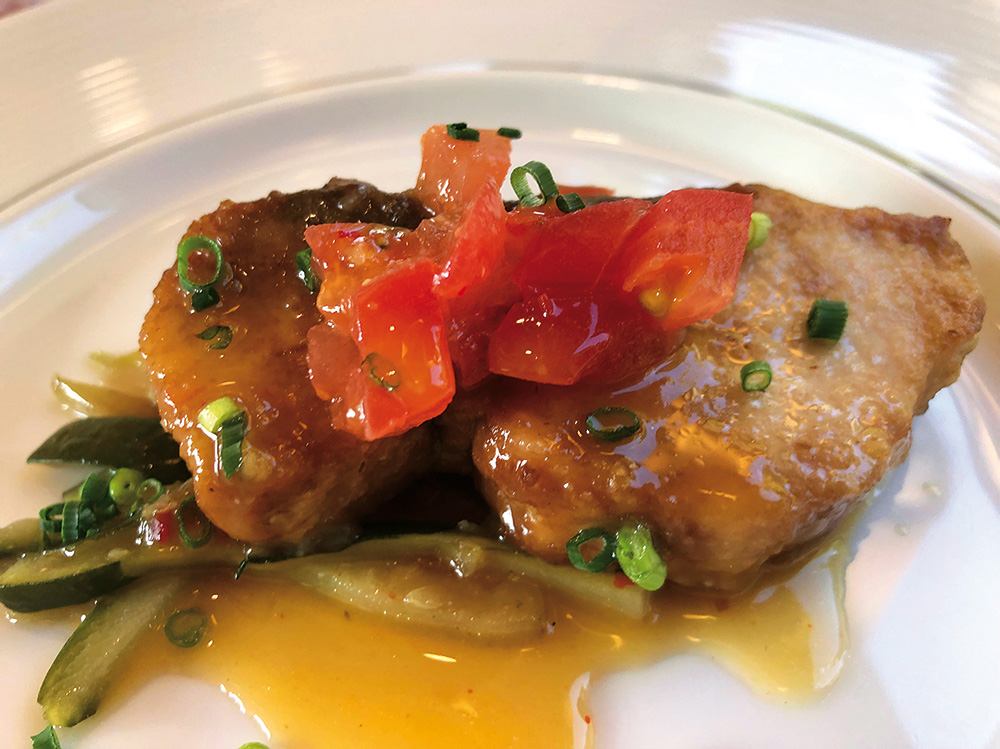 The lunch menu is inspired by French cuisine, while in the evening it’s mostly Japanese.

The ease of online booking means you can be sure of reserving a table up to two months in advance as well as choosing your meal options. The Orange Restaurant doesn’t just serve lunches. You can have a full breakfast or an excellent evening meal depending on when you choose to travel. In the morning (07.55 departure from Izumi station towards Shin- Yatsushiro) you can enjoy breakfast (8,000 yen). The lunchtime departure is at 10.08 at Shin-Yatsushiro.

Under the supervision of the chef, Sakai Hiroyuki, food lovers can enjoy a French inspired menu (21,000 yen) using the best local produce from the region, in particular sea food and wagyu Kuroge (Japanese beef). Romantics will undoubtedly prefer the evening menu (13,000 yen) available on departure from Izumi (at 16.40). Apart from the breathtaking sunsets, they will swoon over the dishes of Japanese food, especially the famous pork from Kagoshima. Depending on the time of day, the train makes lengthy stops at certain stations, which allows passengers to spend several minutes discovering the surroundings or enjoying the decor of certain stations like Minamata’s, which is dedicated to the great Mitooka Eiji.

The success of the Orange Restaurant has inspired other companies and other regions. And that is why Mitooka Eiji has just completed a new Restaurant-train for Heisei Chikuho Tetsudo (49km), a small company in the neighbouring prefecture of Fukuoka. Called Coto Coto Train (www.heichiku.net/ cotocoto_train/), it will enter service on 21st March. Why not make the most of a journey to Kumamoto and take a ride on the Orange Restaurant, the latest appearance on the railway gastronomic scene?

No.87 YUM The raindrop that creates dreams