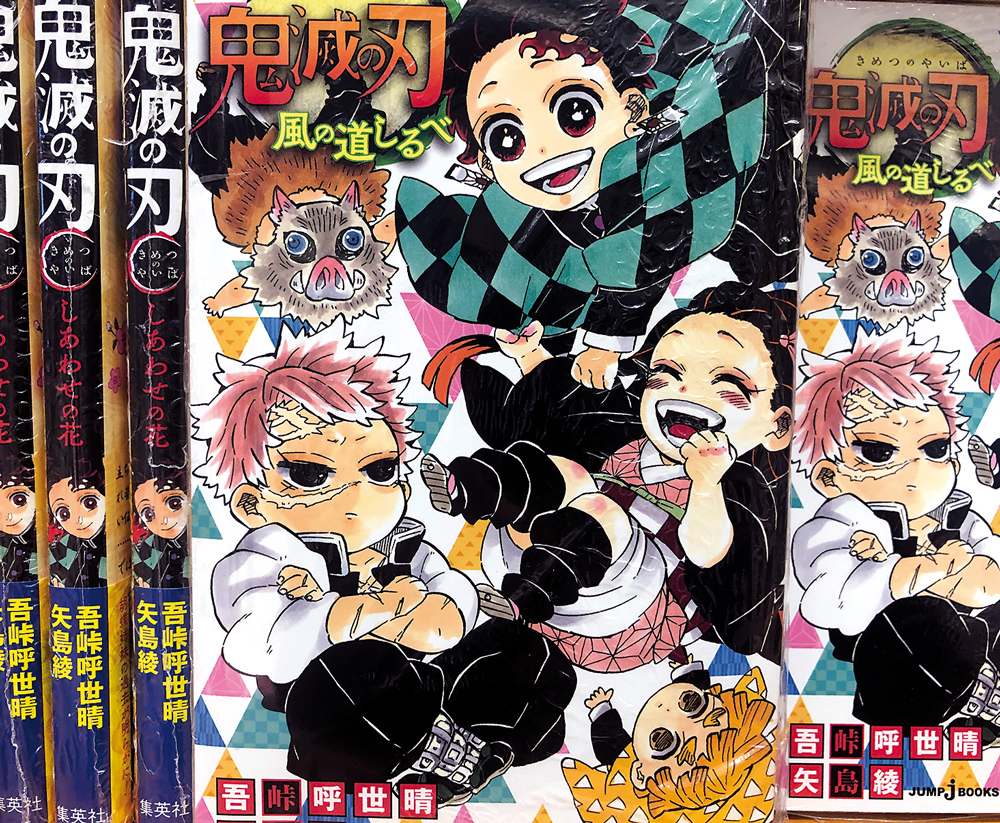 Despite its childlike appearance, Demon Slayer has attracted a very large audience.

By successfully dethroning Spirited Away, Demon Slayer has become the new phenomenon in Japanese animation.

Japanese animation even managed to grab the world’s attention during the Covid-19 pandemic. This time, however, people are not talking about fans’ perennial favourite Studio Ghibli nor rising star ShINkAI Makoto. This winter’s big winner at the box office is SOTOZAKI haruo’s Demon Slayer: Kimetsu no Yaiba the Movie: Mugen Train, which last December became the highest-grossing anime film in Japan, overtaking MIYAZAKI hayao’s Spirited Away. MIYAZAKI’s anime still tops the worldwide rankings, but things should change once Demon Slayer is released in North America in February 2021.

Kimetsu no yaiba, as the story is called in Japan, takes place during the Taisho era (1912-1926). This action/fantasy adventure tells the story of Tanjiro, an adolescent boy whose family is slaughtered by demons while his younger sister Nezuko is herself turned into a demon. Tanjiro then joins the Demon Slayer Corps to return Nezuko to human form.

The protagonists use breathing techniques combined with swordsmanship skills to fight the demons. These evil creatures, in turn, are quite different from the traditionally horned Japanese demons and closer to human-eating vampires.

Unlike the feature films created by ShINkAI and Ghibli, Demon Slayer started as a manga, before being adapted as a TV series. The manga version was created by a female artist whose pen name is the male-sounding GOTOuGe koyoharu. It was serialised in Weekly Shonen Jumpmagazine from february 2016 to May 2020 with a total of 205 episodes that were collected in 23 volumes.

The manga is now a global hit. At the time of writing this article, it had been translated into 14 languages and was available in 33 countries and regions, according to publisher Shueisha Inc. having sold more than 100 million copies in only four years, meaning it is among the top-ten best-selling manga of all time. however, the manga success came rather late, and its sales were helped by the animated versions that followed. The TV anime series aired for six months in Japan from April 2019. It was dubbed into eight languages and subtitled in 13, besides being streamed online in about 110 countries. Last february, it won Anime of the Year in an annual competition sponsored by u.S. anime streaming service Crunchyroll. The feature film had been scheduled for release last spring, but had to be postponed twice until it finally came out in October. Audience turnout registered 24.04million in the first two months. 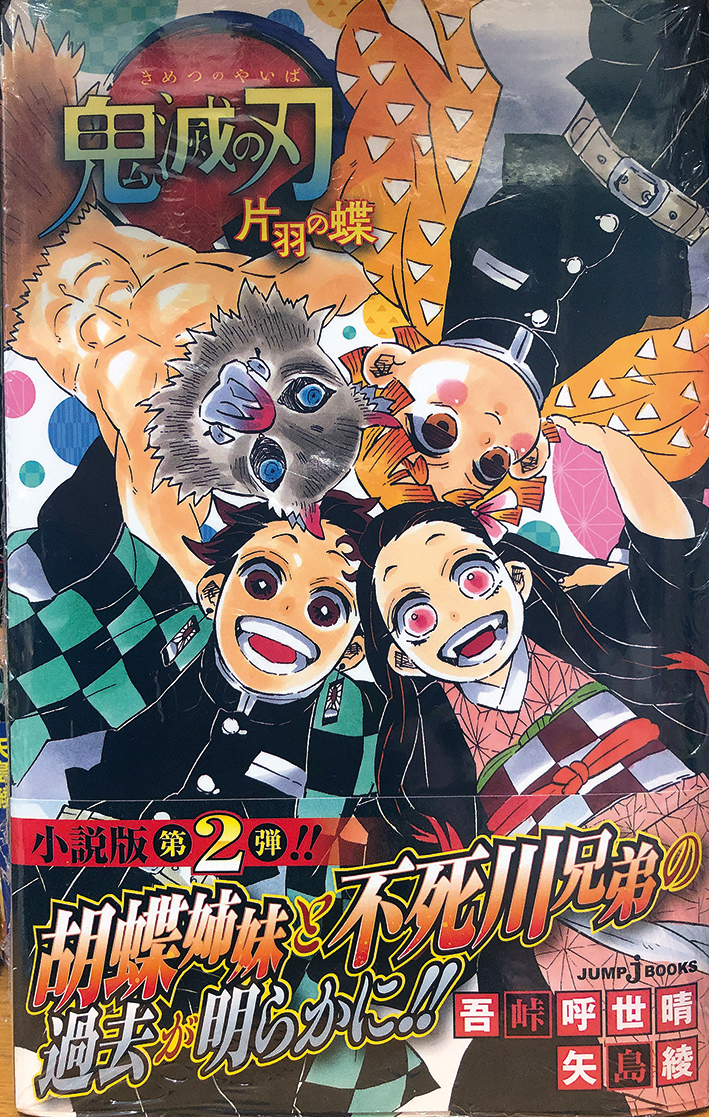 A look at these astonishing figures clearly shows that Demon Slayer, far from being just a hitfranchise, has become in record time a social phenomenon that is loved by both young and old. But why has this series become so popular across different generations?

According to IIJIMA Yuka, an assistant professor at Daito Bunka university in Tokyo, who specialises in educational psychology and psychology in manga, two major factors lie behind the film’s record performance at the box office: first of all, anime traditionally does very well in this country. One only has to check the list of the highestgrossing films in Japan to see that six of the top ten titles, and eight of the top 13, are anime – all but one made in Japan. Obviously, not all anime are as successful as Demon Slayer. even in this case, the 26 episodes of the TV series were only shown on local channels in the late-night slot, so they were only seen by hardcore anime fans. however, the series is now available on many online platforms, including Netflix, Amazon Prime and hulu, so people can watch it any time they want. So, though this anime was not particularly popular at first, a lot of people binge-watched the episodes online due to the restrictions imposed on them during the first wave of the pandemic. A second important factor is that Demon Slayer is a beautifully drawn story, well crafted and easy to understand. “Anime studio ufotable did a wonderful job,” IIJIMA says. “Also, while the manga is in black and white and has a rather gloomy atmosphere, the anime has a more glamorous look and colour highlights the animators’ skills.”

As for the story’s themes, many people were attracted by the brother-sister relationship. “Values such as friendship and love of family are already present in the manga,” IIJIMA says, “but anime director SOTOZAKI and chief animator MATSuShIMA Akira amplified those elements to dramatic effect.” Another important role was played by the voice overs. There are too many Japanese anime produced for fans to watch them all; they have to make a choice, and one of the criteria they use is to check who voices the characters. “Some voice actors are very famous in Japan – they are as popular as film stars – and the artists who appear in Demon Slayer greatly contributed in attracting a lot of viewers,” IIJIMA says.

Last but not least, music plays a pivotal role in a title’s success. Sometimes producers alternate different theme songs throughout the TV series, but in this case, LiSA’s Gurengewas used for the whole run and even for the films’s theatrical release. It was so popular that it became the first single by a female artist to surpass one million downloads in the history of Oricon’s digital single’s chart. “In fact, the whole soundtrack is really good,” IIJIMA says. “Composers KAJIURA Yuki and SHINAA Go did a splendid job.”

IIJIMA adds that part of the reason for the film’s huge success at the box office is the relatively high percentage of repeat viewers. “In Japan, some movie producers give out special presents to cinemagoers,” she says, “from postcards to stationery. In this case, for example, people who saw Demon Slayer in December received a special book.” Collectors’ items aside, though, the story has resonated with how people are feeling during these difficult times. Indeed, though commentators began by saying that the film was popular even during a pandemic, now they agree that Covid-19 has really helped the movie. 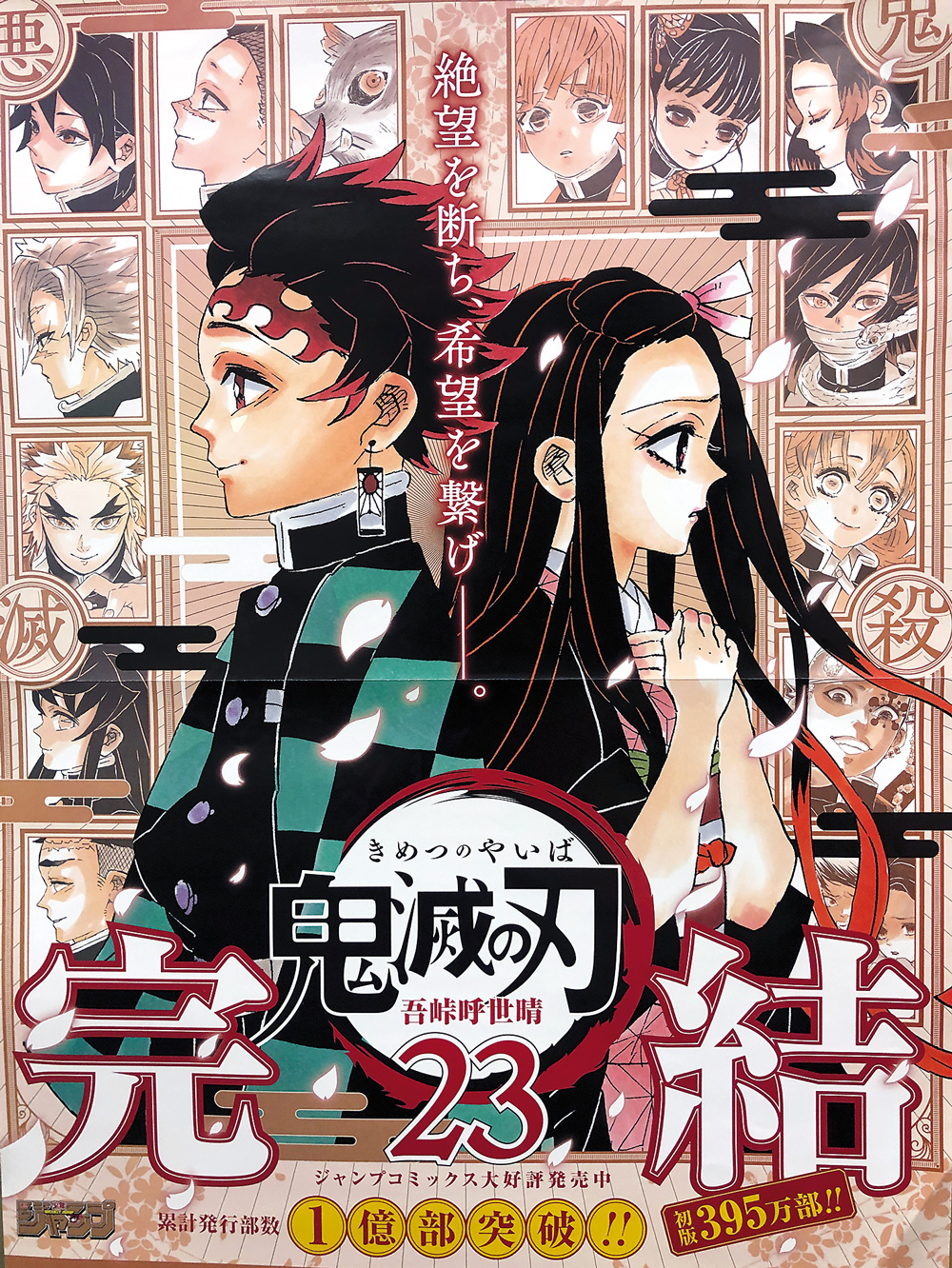 On 30thDecember, for instance, theAsahi Shimbun, one of Japan’s largest newspapers, devoted an editorial to Demon Slayer in which it pointed out that “one factor [for its success] that cannot be overlooked is the sense of the impermanence of life which permeates the film, something that many people must have felt in the year now coming to an end”.

The paper also shared a quote from TAkeuChI Seiichi, professor emeritus of ethics at the university of Tokyo, who said, “The film’s message is that precisely because humans are fragile and weak, they try to be strong and are capable of trusting one another and standing together. And I believe this message resonates with the melancholy of people living through the pandemic and gives them quiet reassurance and encouragement.”

IIJIMA, who has even authored a book on the subject called How to Make Yourself Tougher the Demon Slayer Way, says that though the story is about defeating the demons and putting an end to an unfair and unjust world, this is not just a battle of good versus evil. The underlying theme of the story is a deep longing for peace.

“There’s also a focus on resilience; the characters’ ability to recover and come back,” she says. “By working hard, people can overcome their problems. This is something the audience empathised with and from which they got the strength to carry on during these hard times.”

Analysing the story’s characters, IIJIMA says that manga and anime have historically portrayed females as weak and in need of protection. “Powerful female characters usually have to first go through a metamorphosis before they can take up a more active role in the story,” she says, “or they must disguise themselves as males. But in more recent works, including Demon Slayer, they can just be themselves and are still able to join men as equals in their fight.

Speaking of characters, a special role is played by the demons. “Traditionally, demons represent people’s fears,” IIJIMA says. “In Japan, in particular, they represented such diseases as smallpox, which scores of people caught in the past. Today’s Covid- 19 is a phenomenon that somewhat resembles our ancient disease-related fears.”

This said, many young fans were attracted to the demons, many of which used to be human beings. “The story highlights how and why they surrendered their humanity,” IIJIMA says, “and this adds a new element of interest to the story.”

Commenting on how Demon Slayer has been helping people through the pandemic, the Asahi Shimbun noted the importance of all those little things that we take for granted and repeat every day. “This has been a difficult and painful year, but precisely because of that, we have been made aware of how precious our humdrum daily existence is as well as the flaws in our society.”