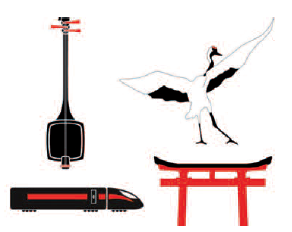 BBC DJ and broadcaster nick Luscombe has come up with a great event idea that will run in conjunction with the Rivers of the world exhibition. Both different and original, it entails being transported over 6,000 miles away from London to the Sumida River in Tokyo, listening to short poems (haiku) by Matsuo Basho, the most famous Japanese poet. Recited both in Japanese and English, the poems are set against present day recordings of activities along this Japanese waterway. This temporal juxtaposition between the 17th and 21st centuries is unique. Don’t forget to take your smartphone and QR code reader to experience this wonderful sound portrait. At last London and Tokyo are are not so far apart.

Boards located outside the National Theatre, in front of the Tate Modern, by London City Pier and More London. Runs until the 20th of September. Free.