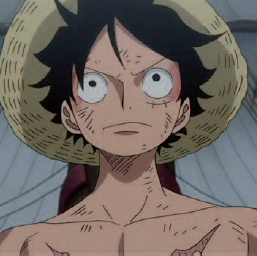 The mangaka has supervised the making of One Piece Z. The result reflects his involvement.

As they are sailing towards the New World, Luffy and his crew save a mysterious person from drowning. He hides behind sunglasses, sports a mechanical arm, and is only referred to as “Z”. The man is in fact a former naval admiral and the leader of the Neo Navy. Harbouring a deep hatred for all pirates, Z wants to obliterate them with the help of the Dyna Rocks, a weapon that is said to be as powerful as the ancient devices of destruction familiar to those who know the One Piece mythos. One Piece Z is the twelfth feature film in the Straw Hat Pirate’s saga, and the second directed by Eiichiro Oda, the series creator, who once again chooses to produce a story that fits into his creative universe perfectly. After the success of Strong World, it was natural for him to take up the challenge of directing again, and he has scored another great success with this new animated feature film that has beaten all box office records. This new instalment could just be considered a minor story in the saga, with Oda not having time to develop the story, as he did in Strong World. This is noticeable in the somewhat familiar story of revenge being sought after defeat by an enemy, as here with Luffy and his crew, but also the fact that Z is closely linked to the different characters in the story, but their interactions do not affect the ongoing storyline of the manga series. As this film is only a sideline to the story in One Piece, there’s no expectation of it advancing the saga, but it will easily find its place alongside the rest of Oda’s work. For this reason alone the film is interesting and promises to be enjoyable. The introduction sets the tone: we are dealing with a blockbuster that is ambitious, superbly realized and with a strong visual identity. The film opens with Z singing a sad song before unleashing his anger when faced with a defeated navy fleet. Right from the start, a whirlwind of action overwhelms us before any of the heroes even make it onto the scene! Z plays an important role throughout the film, and as it unfolds we learn about his past and what drives him. We discover his connection to the navy and to its most distinguished members, and it is this that makes the film all the more compelling. He’s an authentic and well fleshed out adversary as is so often found in this renowned series. It was also a good idea for Oda not to limit the story to the Straw Hat Pirates themselves, but explore a whole crowd of characters from the universe. For example, the charismatic Aokiji returns to play an important role in this new movie. Although there are other great characters in the Navy, their roles are less developed, but they help the audience find their way through the saga. There are no holds barred in the fight scenes in One Piece Z; the battles are really impressive visually and the action has been crafted with great care. In the end, it’s not the hero Luffy’s battles that are the most astonishing, although they carry more emotional weight; favourites Zoro and Sanji take that honour with two excellent duels that are very accomplished examples of animation. We were literally glued to our seats while they are taking place. This raises the question of a small fault in the film: once again, the minor characters such as Usopp, Nami, Franky, Chopper, Robin and Brook only have secondary roles, although they they all cry out to be given more of the limelight. If there is another criticism, it is the predictable outcome of the final showdown. Of course, the audience is expecting Luffy to win, but for the second time in his big screen outings the Straw Hats’ captain overcomes a fugitive that even the navy and its invincible admiral Kizaru is unable to apprehend. Consequently, watching Luffy triumph in this way is rather annoying if you are familiar with the ongoing story of the series and saw him powerless against characters of ostensibly similar ability such as Akainu. Nevertheless, the twist at the end of the film makes up for this small fiasco by offering us a deeply emotional conclusion that stands out on its own, and restores Z’s image that had proved lacklustre up to this point. One Piece Z is definitively a good movie in the Straw Hat Pirate saga, and Oda Eiichiro’s contribution to its cinematic adaptations is, as always, a good one. However, one has to regret that this film is not as inventive as Strong World was and has some faults, such as the lack of originality in Z’s backstory, or the fact that this is always the same characters on the winning side. Nevertheless, it’s one of the best of the One Piece films and great entertainment for all the fans of the series.