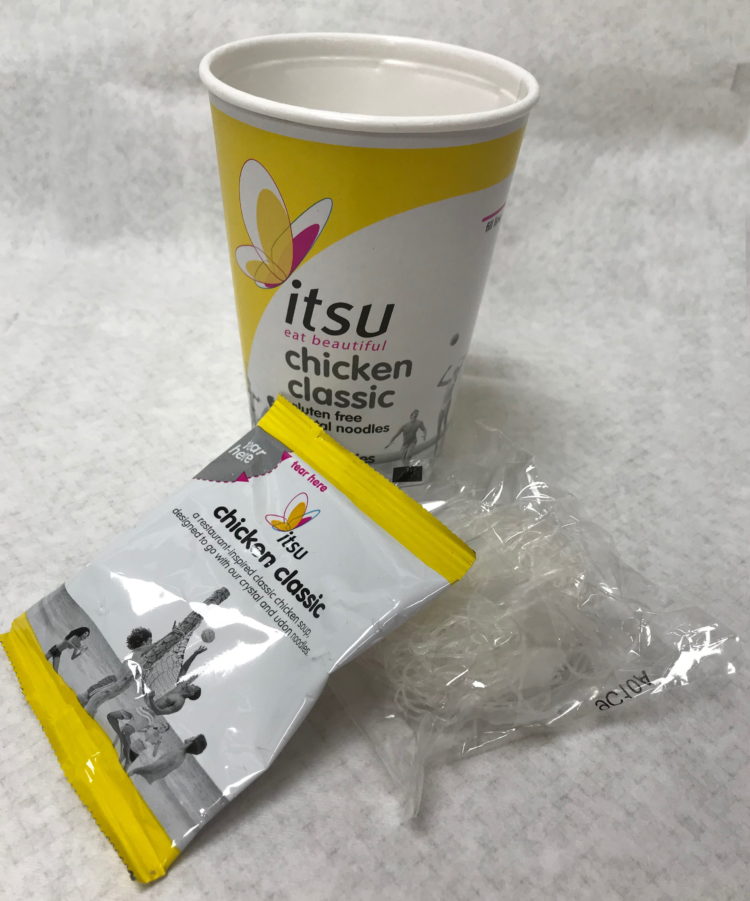 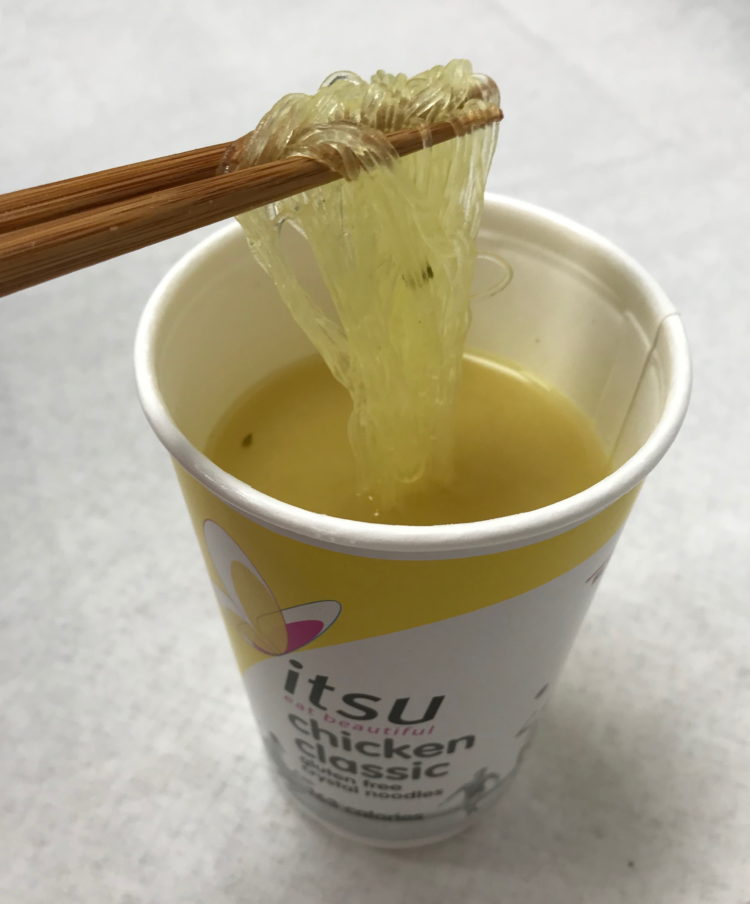 They’ve gone with a healthy concept. They’re gluten free, and they’ve opted for harusame noodles which means they are low-calorie – about half of their competitors.

They’re supposed to be chicken flavoured, but the taste is closer to a Thai curry with a slightly acidic edge. It’s a pretty meagre portion so it probably won’t fill you up. If you’re going to add an additional dish to your lunch, watch out for those extra calories!

Last one is “KABUTO NOODLES”