To start us off, we decided to look at that well-known gourmet delicacy, noodles in a cup. Famously invented in Japan by Ando Momofuku, the founder of Nissin Foods.

We grabbed a few different cup noodles we found at the supermarket, and opted for chicken flavour for our tasting comparison. The favourite British brand, Pot Noodles, was rejected by our all-Japanese tasting panel, simply because they are disgusting. But we decided to add Japanese brand Cup Noodles to the test because the ones you can get here are manufactured outside Japan.

Basking in the glorious No.1 spot was… 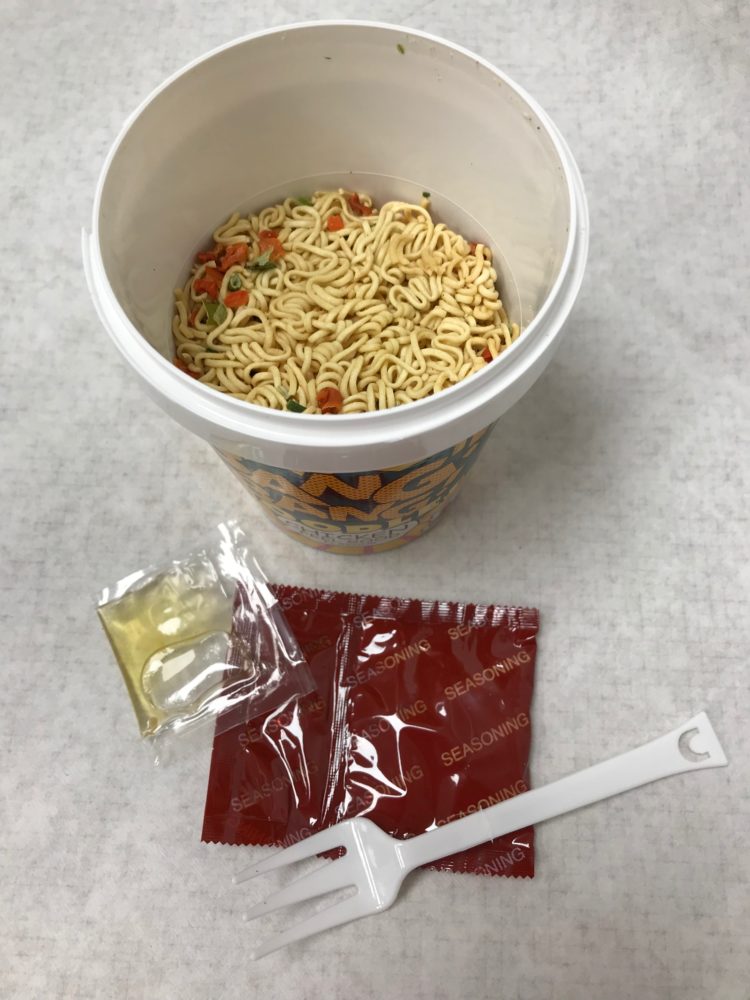 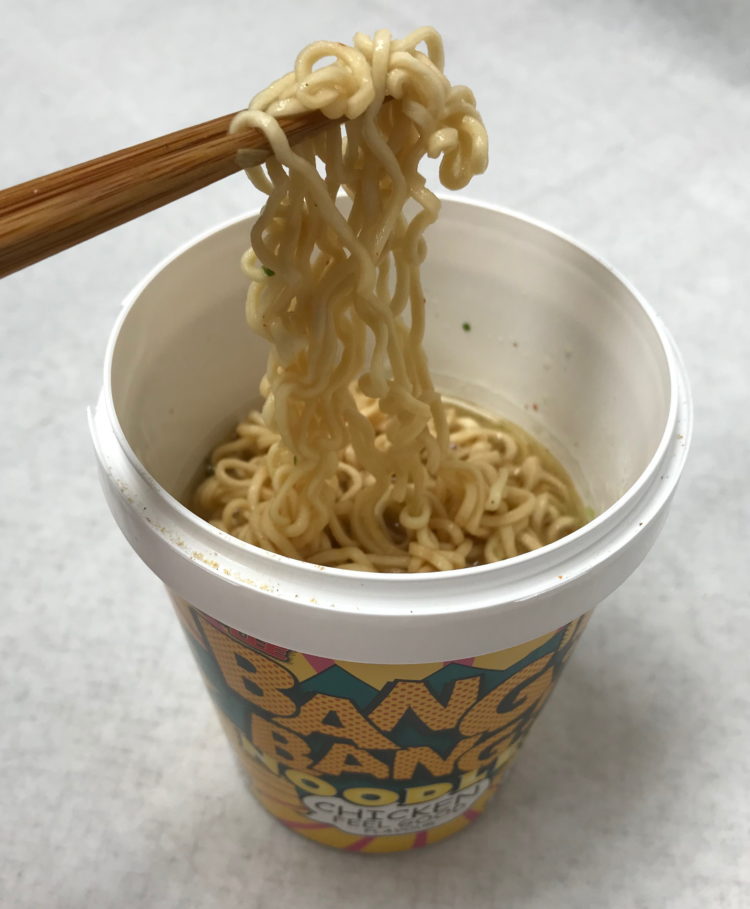 As soon as we poured in the boiling water, the aroma took your tasting team back to their childhoods. The packaging may be gaudy, but inside is the real deal. The flavour is spicy chicken, but make no doubt, these are nearly identical to Japanese junk food noodles. After three minutes the noodles still had some bite. And the package even comes with its own fork! But then again… these were the only noodles that came in a plastic pot, so environmental warriors may have problems.

NEXT is Nisshin CUP NOODLE.