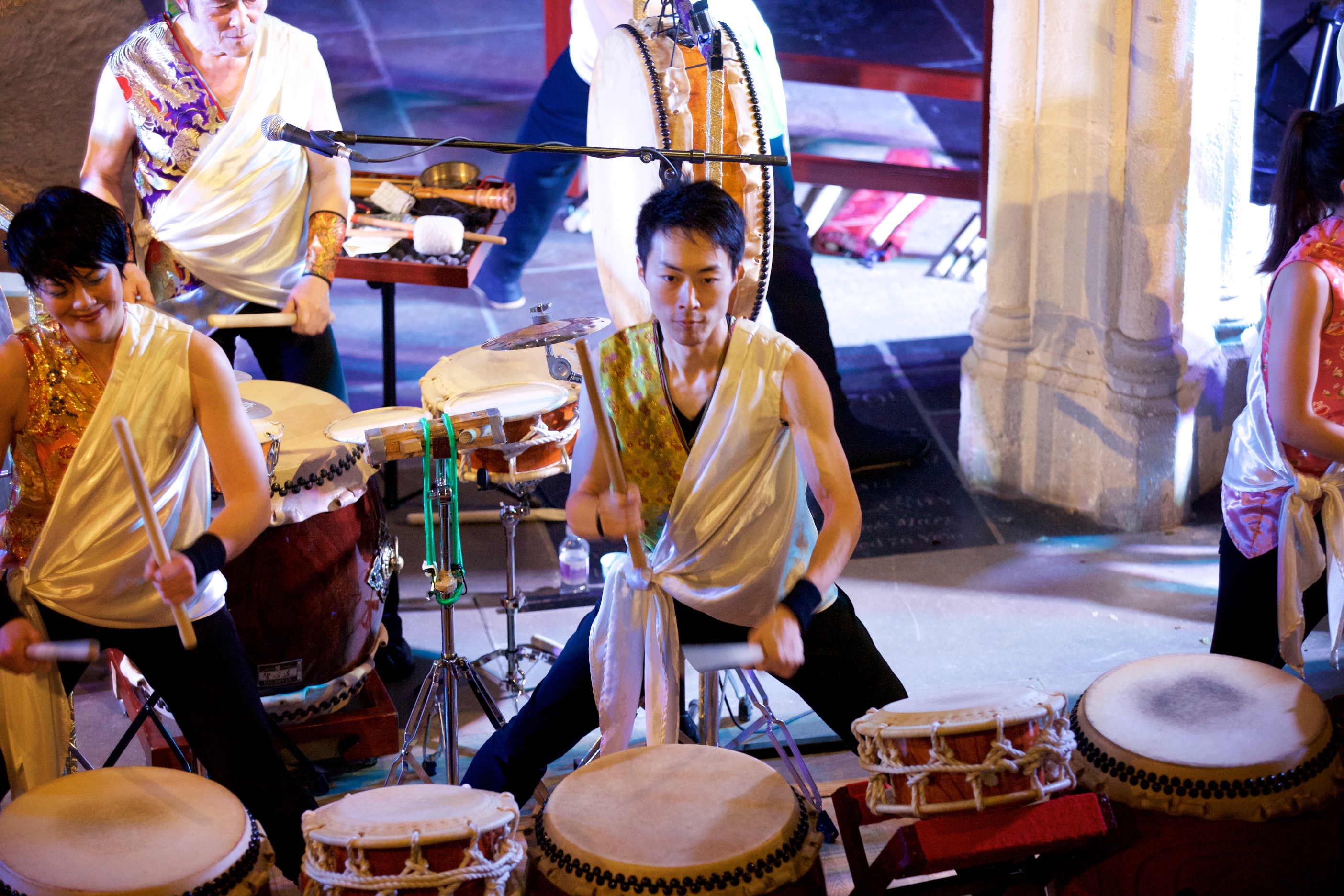 Joji Hirota is a Japanese master percussionist, musician and singer, who for many years has based himself in London. Touring Europe, in the early Seventies, with the acclaimed drummer, Stomu Yamashita, he later worked with the Lyndsay Kemp Dance Company as composer and Musical Director. Highlights from his impressive career include performances at Wembley, WOMAD, with the R.S.C. and at the National Theatre. Joji first performed at October Gallery in November 1980, and has returned many times since, often performing surrounded by the paintings of Kenji Yoshida. As part of October Gallery’s 40th Anniversary concert series, Joji will perform with his London Taiko Drummers, a group he formed and has directed for many years. The many-sized drums (Japanese taiko) of this tightly knit ensemble, and the complex polyrhythms of their many styles evoke a visceral and intensely felt response on the part of listeners. The drum itself is possibly the most ancient of all instruments, yet its function remains essentially unchanged over time – to cross all boundaries of time, place, culture and race, and, as performers and audience together, celebrate the present moment as a harmonious and unanimous group.