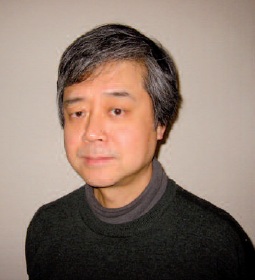 Writer Mita Masahiro was born in 1948. He teaches at Musashino University in Tokyo. In 1977, he won the Akutagawa Prize, one of Japan’s most prestigious literary prizes, and has been working on copyright law for the past few years.

What does the Tokyo Tower mean to you?

Mita Masahiro : The Tokyo Tower is situated in the heart of the capital. When I got married and was able to afford a house, I moved out into the suburbs, far from the centre of the city. It was at least an hour’s train ride away. But it was a place from which we could see the Tokyo Tower. For those of us who lived in the suburbs, it became like a cult. Now I live in Tokyo but I can’t see the Tokyo Tower because it is hidden by the buildings around my home. It’s a shame.

The Tokyo Tower is often said to be the symbol of post-war Japan. What was the meaning that the Japanese wanted to give it?

M. M. : The Tokyo Tower is not comparable to the Eiffel Tower. Nevertheless, it is the building that represents Tokyo. It was built with steel left over from the Korean War. It was meant to symbolize the will to attain strong economic growth, and to maintain peace. Later, the country’s economic success contributed to increasing the population’s affection for the tower.

For a few years, there has been talk about growing nostalgia for the 50s-60s among some Japanese. Yet that period wasn’t easy to cope with. How would you explain that feeling?

M. M. : The democratization of Japanese society, and the strong economic growth that accompanied it gave the population material wealth. But this accelerated growth is responsible for the weakening of community relations in the countryside, as well as for the disintegration of family values. When the Tower was built, the sense of community was still strong in the cities and the countryside. Family was still the mainstay of society. Values and moral virtues that contributed to social stability were still dominant. That is how nostalgia relating to those good old days can be explained, especially among people of my generation who actually experienced the post-war period.

You are from Osaka. There is a tower there too. It is called Tsutenkaku. It is older than the Tokyo Tower (1956) and built by the same designer. Yet it doesn’t seem to hold the same value for the Japanese. What is your opinion on this?

M. M. : It’s simple, really. The Tokyo Tower is the symbol of Japan. Osaka is just a big provincial city which owes its importance to trade. It has its own culture of course, what with kabuki, bunraku (puppetry), or rakugo (a comedy monologue). The Tsutenkaku Tower was built to the south of the city, looking outwards. Not to mention that Osaka already has its own prestigious building, which happens to be a castle: tough competition for the Tsutenkaku.

Would Tokyo be Tokyo without its Tower?

M. M. : When I was in Paris, I climbed to the 56th floor of the Montparnasse Tower and the first thing I saw was the Eiffel Tower. I believe that visitors to the Tokyo Sky Tree look for the Tokyo Tower first. Tokyo continues to grow, what with the creation of artificial islands in Tokyo Bay and new districts such as Odaiba, Ariake and Toyosu. From all of these places you can see the Tokyo Tower, as well as Rainbow Bridge and Shinjuku’s skyscraper. It is very hard for me to imagine Tokyo without its red and white metal edifice.
Interview by Gabriel Bernard