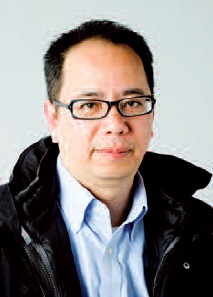 Mori Yoshitaka is a sociologist and a professor at Tokyo University of the Arts. He carefully analyses the evolution of the music scene, and has published many articles and books on the subject, including Sutorîto no shiso [The Thought in the Streets: a turn in the 1990s, 2009]

Since the sixties, rock has been associated with counter-culture in the West. This is not the case in Japan.

MORI Yoshitaka : It is often said that there are very few countercultural elements in Japanese rock when compared to the West. Nevertheless, I disagree with this. In his book Japrocksampler: How the Post-war Japanese Blew Their Mind on Rock ‘n’ Roll [pub. Bloomsbury] which focuses on Japanese rock, Julian Cope says that there were bands like Joe With Flower Travellin’ Band, produced by Uchida Yûya that played a similar role to their European counterparts. During the second half of the seventies, indie bands and rock musicians from Tokyo played quite a large role in punk and new wave subcultures. But where they differed from what was going on in Europe is that they never left the underground scene, because they were never able to conquer a wider audience. And unlike the West, there was no concession to the drug culture in Japan. This drug and rock culture never became rooted in the archipelago. It was the same for the psychedelic scene. The only exception is Imawano Kiyoshiro, who experienced the golden age of rock in the sixties and succeeded in attracting a very large audience. He sang in Japanese and was able to reinterpret the anti-establishment approach for Japanese tastes. It made a strong impression, even for those who were not that interested in rock.

How did the music industry evolve over the past two decades?

M. Y. : Since the late eighties, Japanese pop and rock has merged into J-pop. Despite the financial bubble, it contributed to better CD sales over the following decade. Every year, over twenty albums each sold over a million copies. But at the turn of the century changes in lifestyle, the advent of the internet and its diversity of online tools have all had negative consequences on record sales. In just ten years they have drastically decreased, and weakened a great number of labels.

Have the difficulties since the nineties, related to the economic and social crises in Japan, had an impact on Japanese rock?

M. Y. : The strong decrease in CD sales didn’t necessarily have negative consequences in the music sector. Thanks to the internet and the progress of small labels, there are many more ways of distributing music. For artists who focus mainly on concerts, the role of CDs isn’t as important as it used to be. The music industry has undergone a huge change. Recorded music has lost its pole position to merchandising and public performance. Young people are progressively looking away from the market to focus on bands with a message that directly concerns them. The result is greater diversity in the music on offer. Quite a few bands focus on problems of Japanese society (the social divide, poverty). This is particularly true for hip hop.

Many young bands nowadays give the impression that they are concerned with political and environmental subjects, as well as their regional origins. Is that true?

M. Y. : In the underground scene, young musicians are indeed quite concerned with political issues, and they want to express their own identity. Nevertheless, you need to distinguish music from political engagement because artists are inspired by their personal experience, and that is what they express. They aren’t concerned with general interests in the way a politician is. Shinsei Kamattechan is quite an interesting example. By introducing the personal, individual experiences of the group, they talk publicly to today’s generation, which demands a political response from the country’s leaders. This is what differentiates them from artists like Bob Dylan or John Lennon, whose messages were more direct and universal. Nevertheless, artists are indeed protesting on the hip hop and hardcore punk scenes. Tha Blue Herb, a hip hop band from Hokkaido, defends its regional origins. Its members created a community called Struggle For Pride, which gives you an idea.

How do you think Japanese rock will evolve over the next few years?

M. Y. : I think it will continue to develop in two directions. On one hand, there will always be J-pop that is dependent on television and mass sales strategies. On the other hand, there will be small communities on the internet amongst which charismatic bands will succeed. These bands might increasingly experience international success thanks to their online activity. Among them, a few will probably become associated with the emerging trans-national solidarity movement.