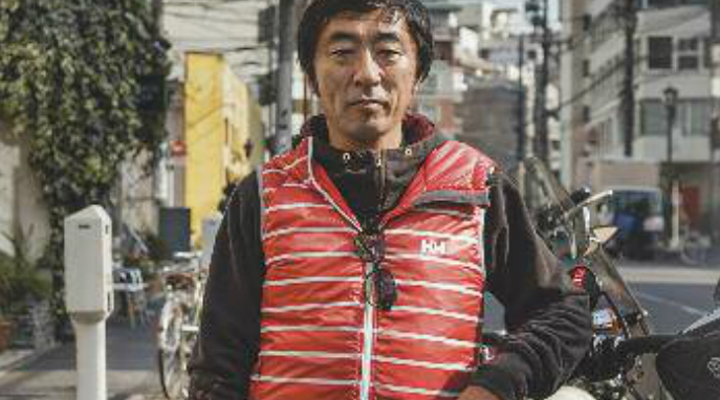 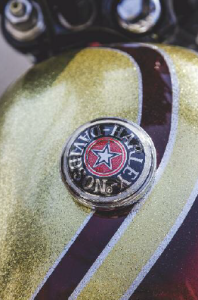 Whether you like it or not, motorbikes are synonymous with Japan, if only because of the pivotal importance of Japanese motorbike manufacturers. Honda, Suzuki, Kawasaki and Yamaha have all left their mark worldwide. Nonetheless, these machines have lost their appeal for Japanese bikers, who now prefer European and American brands. So much so that the latter are becoming scarce. Zoom has set out to meet a dying species.

Contrary to popular belief, the first motorbike in Japan was not a Honda. The first to have ever been ridden down a Japanese street was a Hildebrand and Wolfmüller, in 1886, and it was only in 1909 that the first Japanese motorbike was built in the archipelago. Although it only had a basic single cylinder engine, that bike was made entirely in Japan. Four years later, the Japanese were introduced to their first major local brand, Asahi, whose first model was an exact replica of a Triumph 550cc. Companies such as Rikuo and Murato followed and established themselves as the major manufacturers in Japan until the beginning of the Second Word War. At the end of the war, as Japan entered a period of recovery and reconstruction, several vehicle companies converted their production to the manufacture of two-wheeled vehicles. Although in 1945 there were only 19 motorbike brands, by 1953 they numbered 83, increasing to 123 in 1959, while in 1954 theTokyo Motor Show attracted 550,000 visitors. The golden age of motorcycling had arrived and this lasted for another decade before the car started taking over the archipelago’s streets and roads. The main brands we know today, such as Honda and Yamaha, gradually began to establish themselves with new, original models or, more often than not, with models based on foreign designs. The first Yamaha, the YA-1 produced in 1955, is almost an exact replica of the German DKWRT-125, even down to the colour, although this was hardly a problem as they were sold only in Japan. Honda then showed their capacity for innovation with their “Dream” model in 1949, and then again in 1952 with a new two-stroke engine for their 50cc Cub F bike, ensuring the company’s continued existence. Building on this success, the manufacturer was able to develop and produce large capacity high-end engines that were impeccably finished. Thanks to the rise in popularity of the motorbike, Japanese youth was able to take advantage of the freedom it offered. Owning a motorbike also became a means of expressing opposition to the social system of the day that many young people rebelled against in the 1960s. Cars were the reserve of their parents, so they rode motorbikes and took charge of the streets. These groups of bikers then gave birth to the bosozoku gang culture that wreaked havoc over the next decade, at a time when the student movement was starting to settle down after the unrest of 1968-1970. This phenomenon was sufficiently problematic for the authorities to take action by implementing more restrictive regulations to reduce the use of motorbikes, and from then on, the car became the status symbol of social success. Today, the flame is kept alive by just a few passionate motorcycle aficionados, but it seems to have almost gone out.