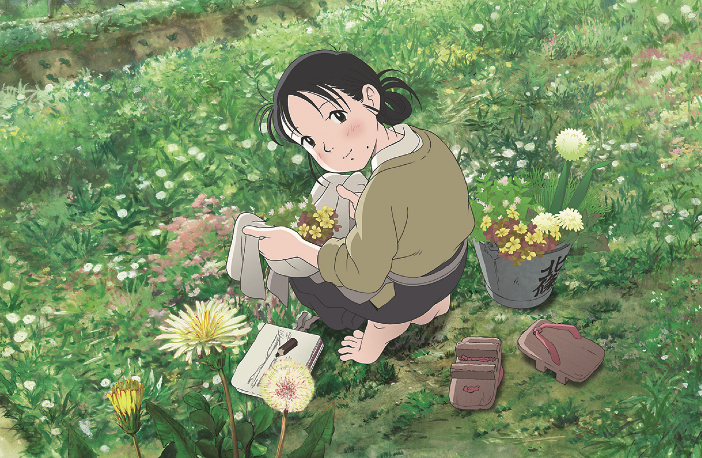 In This Corner of the World saw the light of day thanks to crowd-funding.

In order to realize new projects, producers now need to be financially creative as well.

There are times when the best ideas remain unrealized due to a lack of funds and support. Particularly in the film world, it is often hard to sell one’s own project to prospective financial backers who only think about the bottom line. Luckily, creators now have new ways of spreading the word about their works to ensure they are completed. One film that has benefited from these developments is In This Corner of the World, a new anime that was released in Tokyo this November after a long time in production. Directed by Katabuchi Sunao and produced by GENCO, the film is based on Kono Fumiyo’s eponymous comic, serialized in Weekly Manga Action magazine in 2007, about a young woman who marries and moves from her home in Hiroshima to the bustling port of Kure during World War II. After struggling for several years to finish the film, the producers finally hit on the idea of trying crowd-funding, still seen as a rather unusual way to raise major money for such projects in Japan. The move was a huge success, as 3,374 contributors – a Japanese record – poured so much money into the film that in the end the campaign went 80% over its 20 million yen target. Zoom Japan took the opportunity to talk to GENCO’s president Maki Taro about the film’s troubled history and its eventual success.

What got you interested in turning Kono Fumiyo’s manga into an animated film?
MAKI Taro: This project began back in 2010. Director Katabuchi persuaded the author, Kono Fumiyo, to give her approval for him to make an anime version of her manga. Then he began to collect material for the project and write the script. At first, producer Maruyama was in charge of raising funds for the film. However, this is far from a flashy story with obvious mass appeal, so it was very difficult to raise enough money for the project. I was asked to join the team in January 2013, when the script and storyboard were already finished. Along the way there were many complications and in the end, after comparing our schedule with the budget we actually had available, we decided to bring forward the film’s completion date. After that we took care of distribution and publicity.

What challenges did you have to face in order to produce this film?
M.T.: As I mentioned in my introduction, raising the money to complete the film was a real struggle. Despite In This Corner of the World being an award-winning and very well-known manga, which was even adapted into a live-action television special, it’s not your typical anime story. It’s not a fantasy taking place in a parallel universe, there are no robots, magical girls or super-heroes. The recent demise of the DVD market and the chaotic state of the anime revenue system have probably had an additional negative influence on the making of this film. We were lucky to get a big boost from crowd-funding. I’d been closely studying this new fundraising method for some time, but I must admit I’d never have imagined our film could pull it off and attract enough money to make everybody happy. Only now that the film has been released have I come to realize that, at the time it was being made, the number of supporters for this project far exceeded just Konosan’s and Katabuchi-san’s fans. And maybe this great feeling of expectation was fuelled by the very fact that all these people were looking forward to seeing an anime that was very atypical and original. The production committee is a group of business men with no great spirit of adventure, so I believe it was down to all the people who supported us through crowd-funding, people who were not content with the usual kind of anime available on the market and wanted something different. They made their voice heard through their financial contribution.

Your company, GENCO specializes in animation. Do you think anime production has changed in the last 30 years?
M.T.: I guess you’re comparing current animation to the kind of “otaku anime” that was prevalent 30 years ago. I’m not really an expert, so there’s not a lot I can say on the subject, but as a medium for expressing ideas creatively, I think it’s remained essentially the same. Probably the two main changes that have affected the anime industry are the advent of digital animation and the expansion of the global market, but in many respects animation has remained the same.

So you don’t think that making and releasing animation has become easier when compared to the past?
M. T.: I believe that making things is always hard. This hasn’t changed over the years. Actually, now that I think about it, I feel that in Japan the environment for craftsmanship (i.e. not only animation) has recently deteriorated, and there has been a steady decline in enthusiasm and support.

How do you think Japanese animation is going to evolve in the next decade? are you worried about the future?
M. T.: Anime production has clearly shifted towards the foreign market. Creators are being made redundant and currently there are no signs that this trend is going to change. In such a negative climate we need a radical revolution to change things. Actually, the recent advent of digital animation and the global market offer us a once-in-a-life-time opportunity to fix this problem. In any case, I think that whatever changes animation will experience in the future, the universal appeal of Japanese productions will continue.

What would you say to all the new anime creators who aspire to make their own movies?
M. T.: Many creators often struggle trying to come up with good ideas for a new project that they hope will be welcomed by the public. In our case, a crowd-funding social network became that rare meeting place between creator and consumer. I hope our film’s success will increase the chances for creators and consumers to find each other, and help establish crowdfunding as a place where new works of art are born.