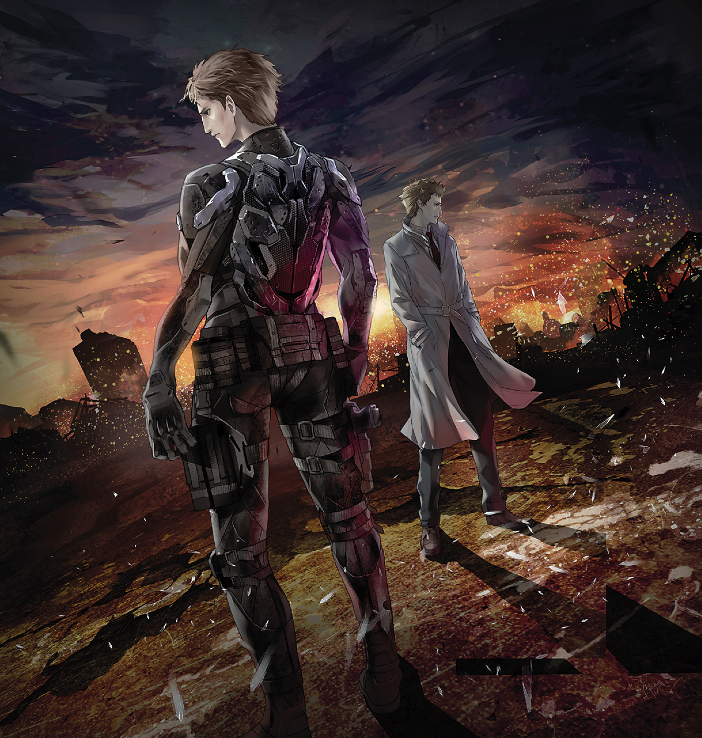 Unlike many other anime, Genocidal Organ allows the viewer to concentrate on the characters.

Anime production is not easy. Yamamoto Koji talks about some of the difficulties faced in the making Genocidal Organ.

It’s tough being an animator. Although Japanese animation is currently having a lot of success, both at home and abroad, many anime studios don’t seem to be enjoying the situation very much. It’s not easy to churn out one hit after another while working on a tiny budget, and while most studios just about manage to survive the harsh business conditions and fierce competition, a few of them end up going down for good. That’s what happened to Manglobe, which filed for bankruptcy last September with debts of around 550 million yen. At the time the Tokyobased studio was working on Genocidal Organ, an adaptation of writer Project Itoh’s famous SF novel. Genocidal Organ was part of a Project Itoh trilogy, but while the other two films were released on time (by different studios), this one was delayed indefinitely. In the end, the film was rescued by producer Yamamoto Koji’s newly founded Geno Studio. For many years, Yamamoto served as the producer of Fuji TV’s famous latenight block anime broadcast noitaminA (showcasing such cult anime series as Eden of the East and Anohana) before going independent and establishing Twin Engine in 2014. Zoom Japan met Yamamoto at Genocidal Organ‘s preview during this year’s Tokyo International Film Festival.

How did you become Genocidal Organ’s producer?
YAMAMOTO Koji: It actually started several years ago when I was still working at Fuji TV. At a company meeting, we decided to buy the rights for Project Itoh’s book. However, at that time another company already owned the rights, so we had to wait until their contract expired. Then, last year, I heard about Manglobe’s troubles and when they went bankrupt I decided to step in.

I heard Geno Studio was established with the specific purpose of completing the project.
Y. K.: Yes, that’s true. At first I tried to get other studios interested in this film but nobody would touch it. I thought that starting again from scratch would have taken too long, but it’s also true that taking up a project midway through production is very hard because you have to sort out the preexisting material, so nobody was interested in continuing Manglobe’s work. Eventually I created Geno Studio. At first we considered limiting ourselves to a one-off project, but in the end we decided we wanted to go beyond Genocidal Organ, so this film became just the first step in a bigger adventure. We are already at work on two new anime series.

Genocidal Organ is the last part of a trilogy devoted to Project Itoh’s novels – the first two being Harmony (2015) and The Empire of Corpses (2015). Project Itoh (real name Ito Satoshi) was very famous in Japan as an SF writer. Why do you think his books are so interesting?
Y. K.: Project Itoh’s work is always full of surprises. Both his stories and the way he tells them are quite unique and never predictable. He likes to seduce and deceive his readers. We never feel at ease and are always left wondering what’s coming next. I think that’s his best quality.

Compared to other SF anime, what do you think makes Genocidal Organ so special?
Y. K.: Many SF movies’ settings are quite unbelievable. They take place centuries from now and in order to enjoy them we need to take a leap of imagination. Genocidal Organ on the other hand, is set in the near future. It is also a believable story told in a very realistic way. This allows the viewer to establish a stronger connection with the story and care for the characters.

The film was directed by Murase Shuko, who is mainly known for being an animator or director on many Gundam series and contributing the character designs and key animation to New Mobile report Gundam Wing. What was it like working with Murase on this film?
Y. K.: I honestly believe Murase is one of Japan’s top three anime directors. Most people excel at one job, be it drawing pictures or camera work etc. But Murase can do all of these things very well, including screenplay-writing and CG work.

Manglobe went down because their debts. How did it happen?
Y. K.: Anime production is based on operating in the red. The movie-making system itself allows companies to loan money and take on debts. The one hand, this structure helps studios make new films and series, but, on the other they are constantly put in a dangerous position. This October for example, a number of TV series were not released because they couldn’t be finished on time. In Manglobe’s case, many things went wrong at the same time during a particularly negative moment for the anime industry. For several years the foreign market hadn’t been very positive. There was a negative trend, particularly when compared to the time when titles like Dragon Ball, or even Manglobe’s Samurai Champloo was released. In a sense, Manglobe was particularly unlucky. If they had managed to resist for a little bit longer they would have probably survived. 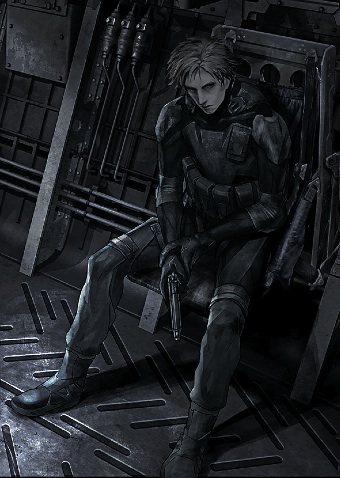 The film’s production was entrusted to Marase Shuko, one of the top three anime specialists in the country.

Manglobe was particularly famous for its original stories. However, some of those series didn’t fare so well on the market, which affected the company’s fortunes. Ergo Proxy, for instance, was more popular abroad than in Japan, while Samurai Flamenco was a flop.
Y. K.: Ha ha! Yes, I was actually involved in some of those productions, including Samurai Flamenco.

Is it really so risky to make original anime in the current business environment?
Y. K.: Yes, it’s quite dangerous.

It’s also true, though, that the studios don’t stand to gain a lot from anime adaptations of manga stories. For one thing, they don’t get to share the royalties because they are only hired on a per-project basis.
Y. K.: That’s true, but it’s definitely easier to work on a pre-existing manga story (laughs). First of all you already have a fan base that is likely to watch your anime. You also have a ready-made story to work on and visuals to inspire you. Such anime projects always get finished. But when you make an original film or series you are working in the dark, never sure about what direction you should take and, above all, never being sure if and when your work will be completed. Having said that, at Geno Studio we are mainly planning to make our own original stories.

According to the anime Industry report 2016 that came out in September, Japanese animation is getting more and more popular around the world and the anime market seems to be strong. Yet despite that, many studios are constantly fighting to survive. Among other issues currently being discussed on the Internet, it seems that too many anime works are made every year and there are not enough animators to work on all of them. Also, animators are not paid enough. What do you think about these issues?
Y. K.: You’re right about the lack of animators. When you count the new series, the old ones continuing from past years and other projects, I think about 70 anime are made every year. Even I can’t possibly watch all of them. Nobody can! I’m pretty sure most fans end up choosing a few favourite series to watch and give up on the rest. Production-wise, that’s definitely a lot of work, and the available animators are spread thinly across all these projects; it’s not an ideal situation. As for the animators’ low pay, it’s undeniably true that many are struggling. On the other hand though, there are quite a few animators who work on 3-4 projects at the same time and are very well paid. So it’s not as bad as some people would like you to think. Obviously, being freelance puts you in a difficult situation, so the best thing to do is to hire animators full time whenever possible.

Before starting your first production company; Twin Engine, you used to produce the very popular noitamina late-night anime broadcast for Fuji TV. Why did you leave Fuji TV and how does you current job differ from what you did then?
Y. K.: After working for many years producing anime series for TV, I felt like I wanted to do something different. Certainly from a business point of view, starting a new studio with a feature film can be risky because of all the work and money involved. Every time you start something like this you go deep into the red. But that was a risk I was eager to take. So in a sense Manglobe’s bankruptcy came at the right time (laughs), and I’m very happy I took up the challenge. As for comparing these two working environments, I would say they actually don’t differ that much. Probably the biggest difference is that at Twin Engine I get a lot of ideas and proposals that I didn’t get at noitaminA, even ones from abroad.

Speaking of this, on the 30th ofSeptember you tweeted the following statement: “I already knew that running an anime studio was difficult, but now I realize it’s even harder than I thought. Luckily, I have assembled a good team so everything should be alright. I can’t rely on people who run away as soon as things get tough”.
Y. K.: Ha ha! So you are reading my tweets! Yes, I admit I was very naive when I started my studio. It’s like I’m putting my life on the line every time. At the same time though, I enjoy making anime, so it’s okay. The problem is that so many people quit all the time. This is a high-pressure working environment and in order to make it work you have to endure this pressure and keep things going even through the bad moments. But too many people get into this job without realizing how hard it is, so they quickly get scared and give up. I can’t possibly work with such people. Anyway, the people at Geno Studio haven’t quit yet, so I consider myself lucky (laughs).