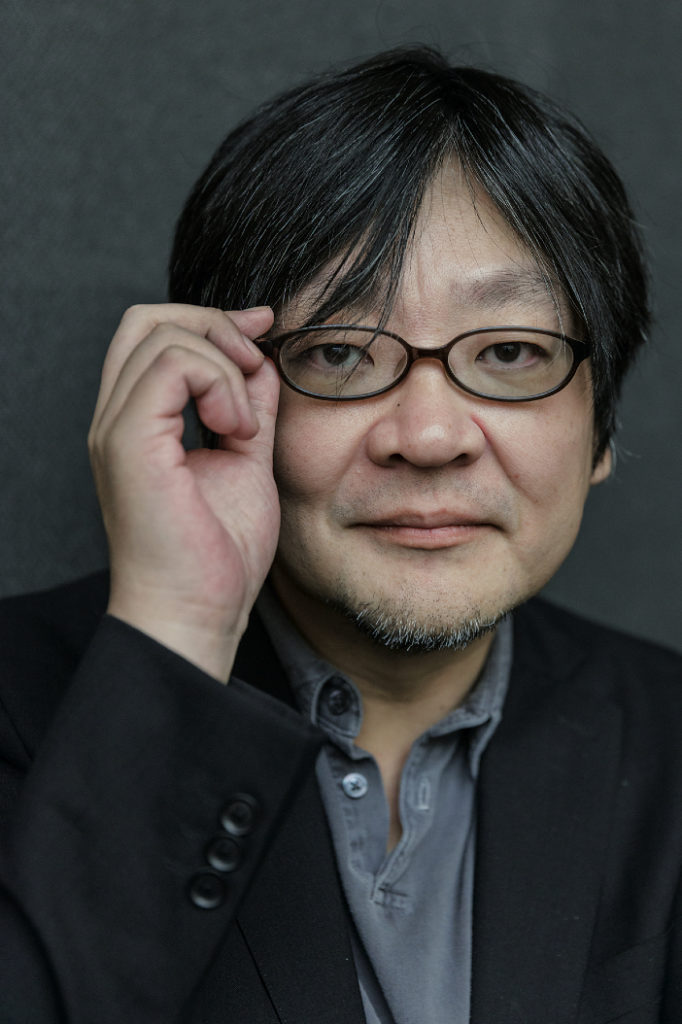 The work of this renowned director was honoured at the Tokyo International Film Festival, which took
place at the end of October

To make good films, one needs a strong team to rely on. So says a master director.

In the last few years Hosoda Mamoru has become one of the most sought-after anime directors. His films have become big hits in Japan, often topping the local box office. This year’s Tokyo International Film Festival went so far as to honour him with a special retrospective of his work. It was at TIFF that Zoom Japan finally caught up with the busy director for an exclusive interview.

Wolf Children and The Boy and the Beast share a few important themes. One of them is the relationship between humans and animals. In Wolf Children, for instance, the titular siblings are born from the union between a woman and a werewolf, while the Beast Kingdom – Jutengai in the original Japanese version – featured in your latest film is inhabited by anthropomorphic monsters.
HOSODA Mamoru: The way in which Wolf Children came about is quite funny. One day I was talking to a young woman about my idea of making a story about raising children, and she said that raising a young kid was like having a monster or a wild animal in the house. Her observation inspired me to make children who are half human and half animal.

Also, both stories are about parent/child relationships. Is this just a coincidence or was it your intention to explore this theme further?
H.M.: It’s true that I wanted to give a sense of continuity between the two stories, but at the same time I wanted to tackle the same subject from two different viewpoints. So in Wolf Children we see a woman coping with the difficult task of raising two small kids on her own, while in The Boy and the Beast we have a father who has to face up to his failed marriage and try to rebuild his relationship with his son while regaining his trust. The mother/father dichotomy, by the way, has influenced my choice of locations as well. During our childhood and teenage years we are closer to our mothers. You could say this relationship is more natural than intellectual, and that’s why I set Wolf Children in the countryside. On the other hand, we get closer to our fathers when we start to take our first steps towards adulthood and independence — when we go to college or start to look for a job. So I thought that in The Boy and the Beast, Ren’s coming-of-age story should take place in a city, i.e. a more hostile and challenging environment.

Indeed, growing up is another theme these two films have in common. In Wolf Children we follow the two young protagonists from their birth until they turn 13, while in The Boy and the Beast, ren’s story develops over a period of eight years. You seem to be particularly interested in this subject.
H.M.: It’s not an exaggeration to say that this is the single subject I’m most interested in. What is growing up? What should parents do in order to ensure their children’s safe development? Little kids experience everything for the first time, and in this sense, childhood is a very intense period – probably the most intense in our life. As human beings we change constantly, but why and how do we change? Little boys don’t think about girls. They don’t want to play with them, even finding them a nuisance, and then they hit puberty and get a big crush on a girl in their class. The opposite happens with our parents. When we are kids our mum and dad are our whole world, then we go to junior high school and suddenly we can’t stand whatever they do and say. I find these issues extremely fascinating. Unfortunately, once we grow old we lose this sense of wonder; we become obstinate, inflexible. But I believe even adults can learn something from children by observing the way they change and grow up.

In a sense, animators have retained this sense of wonder you’ve just mentioned. When did you begin to think you wanted to make animation?
H. M.: As a child I was into drawing. Then in 1979, when I was in sixth grade, I saw Miyazaki Hayao’s Lupin III: The Castle of Cagliostro and was so impressed that I decided I would become an animator. 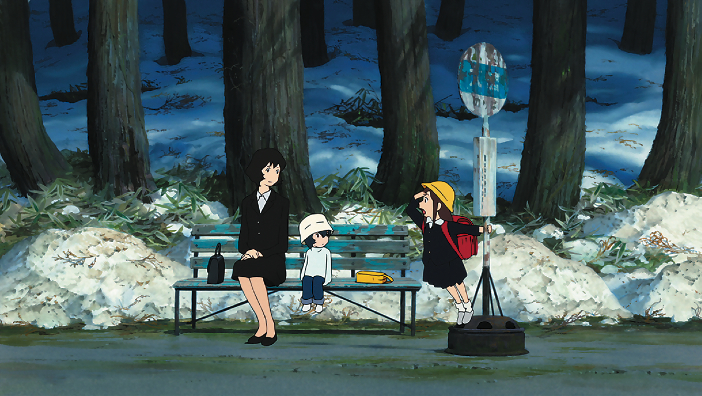 Hosoda Mamoru has made his name internationally with his characters Ame and Yuki in The Wolf Children.

In fact you are often called “the new Miyazaki”. How does it feel to be compared to him?
H. M.: Ha ha! Well, when I was a student I idolized Miyazaki, so in a sense I’m obviously flattered by this comparison. On the other hand though, once I became an animator myself and then an anime director, I realized that I couldn’t just keep admiring Miyazaki’s work. On the contrary, I had to step out of his shadow and challenge him. My current goal is to go beyond his achievements and make something new, different and hopefully better. Otherwise, if we only just follow our role-models there won’t be any real progress.

Now that you create your own original stories and have added responsibilities as a movie director, do you still find the time to draw yourself or have you delegated this task to other people?
H.M.: Of course I still very much like to use a pencil and I like to work with the other animators in my team, so I prefer to share this task with them. Otherwise I would only be working on a computer and that would be boring.

When you make a new movie, what do you enjoy the most?
H.M.: Animation is based on team work. Everybody contributes to a certain aspect of a film production, but the core of animation remains the moment when you collect all the separately drawn pictures together, and they gel into a complete scene. Every time I see this happen, every time the story I planned on a storyboard comes alive thanks to my animators’ skills and sensibility, I get shivers down my spine.

Soon after graduating from art college you began to work at Toei animation, so you have been in this business for many years now. In your opinion, how has the world of animation changed?
H. M.: When I began, Japanese animation wasn’t so popular abroad. It was mostly thanks to Miyazaki and Ghibli that other countries began to appreciate our work. Also, when I joined Toei, animation was still completely based on analogue production. It was only later that I got to work with digital animation. That, of course, was a huge change. Having said that, and all the technological improvements notwithstanding, film making still involves a lot of challenges, even today. Things such as finding skilled staff to work on each project, working within budget and meeting our production schedule. So at its core, film-making hasn’t really changed all that much.

Speaking of challenges, this seems to be a rather good moment for Japanese animation. and yet many studios are struggling from a lack of money and other issues. Why is that?
H. M.: I think Japanese companies should change their attitude toward making anime. They should be more aware of the international market and make something that really appeals to audiences outside Japan. Unfortunately, too many studios prefer to cater to a core of local fans and miss the opportunity of making their work better known abroad. One more problem is piracy. The Internet is full of anime films, even entire series that have been uploaded illegally and can be easily watched for free. This obviously hurts our business. This problem, of course, is not limited to animation. All kinds of films and music are available for free. It’s a real bonanza for the fans, but for the people who make a living out of their creative work it’s a big problem.

Animators seem to have it particularly tough, at least judging from the comments many of them have recently posted online. What could be done to solve this problem?
H.M.: I can personally relate to what you just said because when I first started as a young animator it was very hard. But I think when it comes to any creative activity, like music or art, everybody passes through this phase. Then, little by little, those with real talent emerge. In my opinion though, apart from the money issue, we need to develop a system capable of nurturing this talent. If we don’t do something now we run the risk of running out of skilled people. Personally I like to work with a core of trusted collaborators, but at the same time I always try to add a few new faces with each project, be they designers, animators or voice actors.

Was it harder to make The Boy and the Beast compared to your previous films?
H. M.: Yes, in a sense it was more difficult, mainly because of the many action scenes. As you can see from the films I’ve done so far, I like both dramas and action movies. Until now, the only story featuring a certain degree of action had been Summer Wars, but with The Boy and the Beast I wanted to try something different, which also meant approaching each action scene in a different way. That was particularly hard, but I’m very satisfied with the results.