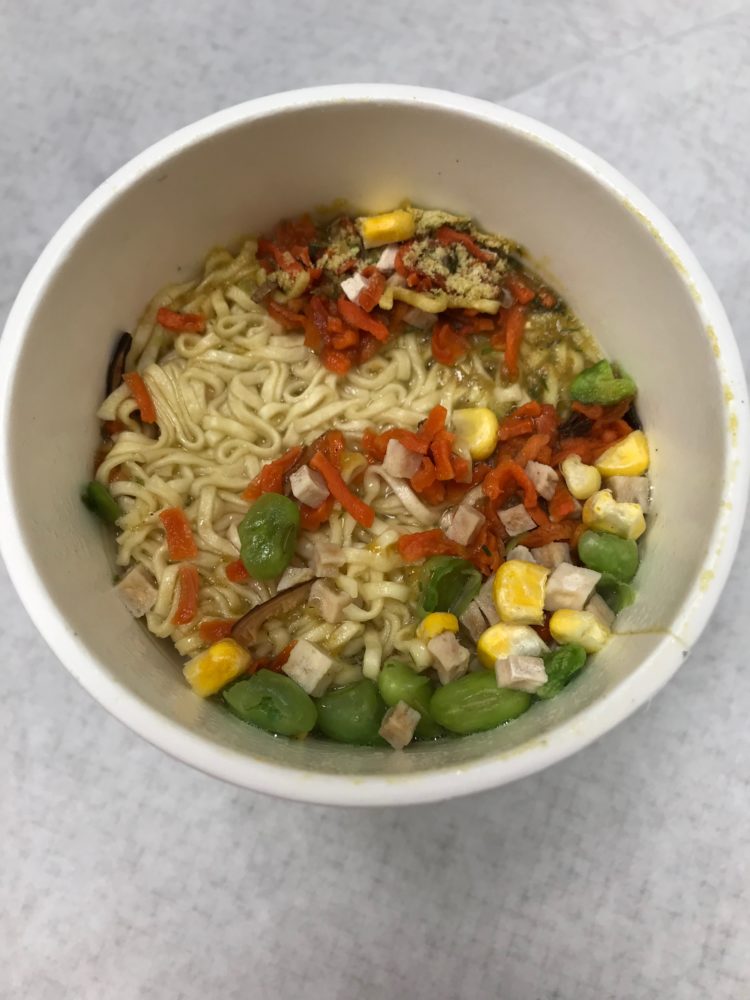 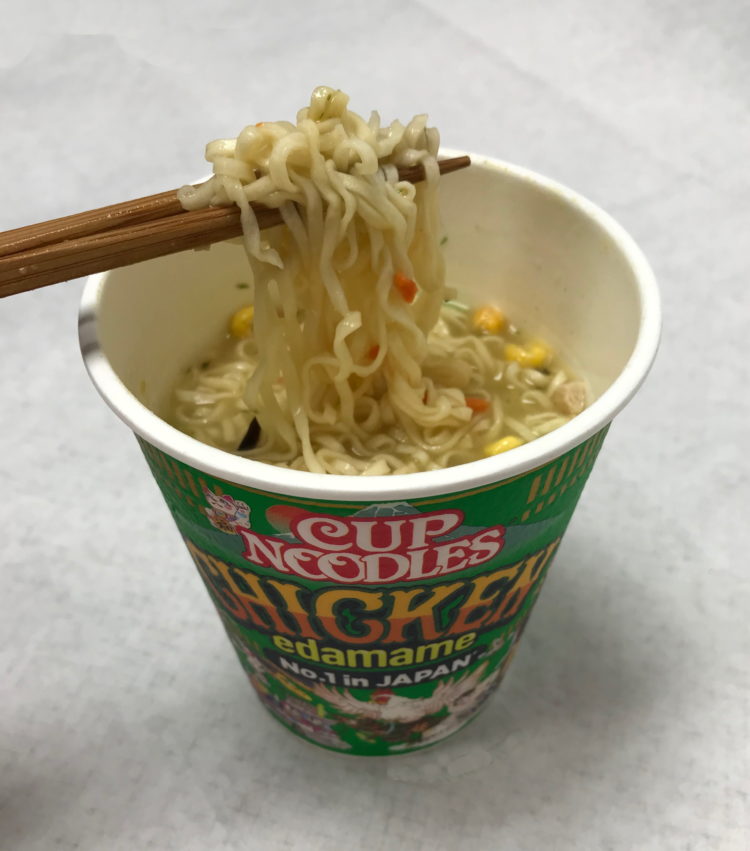 Packed with loads of dried vegetables so it looks really pretty. The tasting team’s expectations were high for this veteran cup noodle maker. The taste was good, but after three minutes the soya beans and other veggies were still too hard. But the noodles were already soft. If you leave it long enough for the veggies to get soft, the noodles will be falling apart. Decisions, decisions. Anyway, that’s how they ended up at no.2