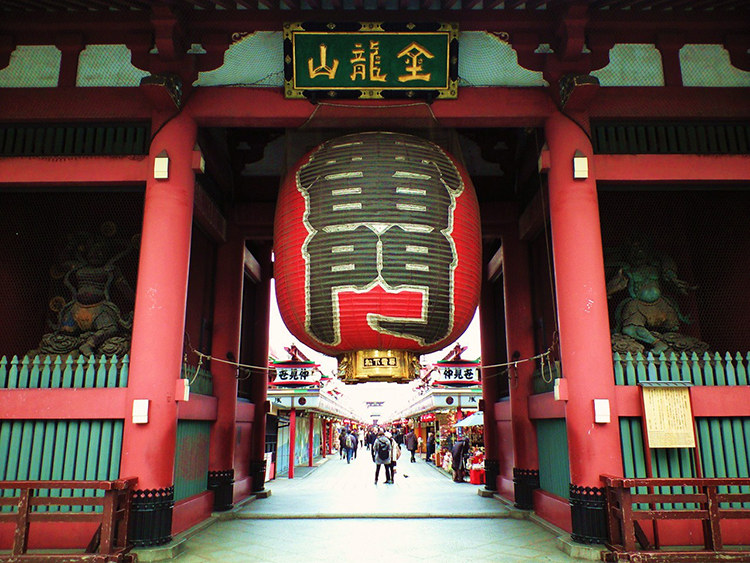 Konnichiwa, Mina-san! (Hello, everyone!) In my last two columns, I taught you how to answer when people asked you “where are you from?” and “what nationality are you?” and then “do you speak Japanese?” Do you remember how to say “I come from the UK” or “I can speak Japanese” in Japanese?

This issue’s column will be a continuation of those two topics. If you’re having a lively chat, you’ll probably get asked a whole bunch of questions. If you’re able to keep the conversation flowing for a while longer, I bet your conversation partner will be surprised and ask: “do you live in Japan?”

So let’s look at the conversation below. It’s the same setting as last month. you are sitting at the bar in the sushi restaurant and having a conversation with a sushi chef. (S=Sushi Chef, C=Customer)

Let’s talk about three aspects of that conversation. First up: “Nihongo ga joozu desu ne”! “Joozu desu” means “to be good at”. Maybe some of you already noticed this, but see how, like always, the subject “you” is omitted from the sentence. “[Noun]+joozu desu” means “you are good at [noun]”. So what if you are traveling in Japan and you strike up a conversation with someone in English? How would you say “you are good at English” in Japanese? That’s right, you would say: “eigo ga joozu desu ne”. your conversation partner would then probably reply with something like, “no I’m not good at English” or “No, I cannot speak English”. Japanese actually has a phrase for this: “mada mada desu”. People use it when they’re being modest, but translated literally it means “not yet, not yet”. The implied meaning is: “I’m still studying so I’m not quite there yet and I’m working hard on learning (thank you for complimenting me)”. So don’t be too surprised if the person you are talking to says something like, “no, I cannot speak English!” despite being perfectly able to chat away with you in English! The second aspect of the example conversation that I’d like to talk about is “doko e ikimashita ka?” you remember “doko”, right? It means “where”. “Ikimashita” is the past tense of “ikimasu”. Then the “ka” on the end makes it a question. So the question means “where have you been to?”

Finally, there’s the “nigiyaka deshita”, which means “it was lively”. I’ll introduce a few more ways to talk about places you’ve been to. “Tanoshikatta desu (It was fun)”. “Subarashikatta desu” (It was great)”. “Oishikatta desu (The food there was delicious)”. “Taihen deshita (It was stressful)”. “Maa maa deshita (It was just alright)”.

I have another thing to tell you. This will be the last time I write this column. Thank you for a wonderful year letting me share my column with you! I hope that if you go to Japan you’ll use the Japanese you learnt from this column and make some great memories.

And don’t fret! “Let’s Nihongo!” will be continuing in Zoom Japan like always. Next month’s theme is Japanese sake. Bet you can’t wait!