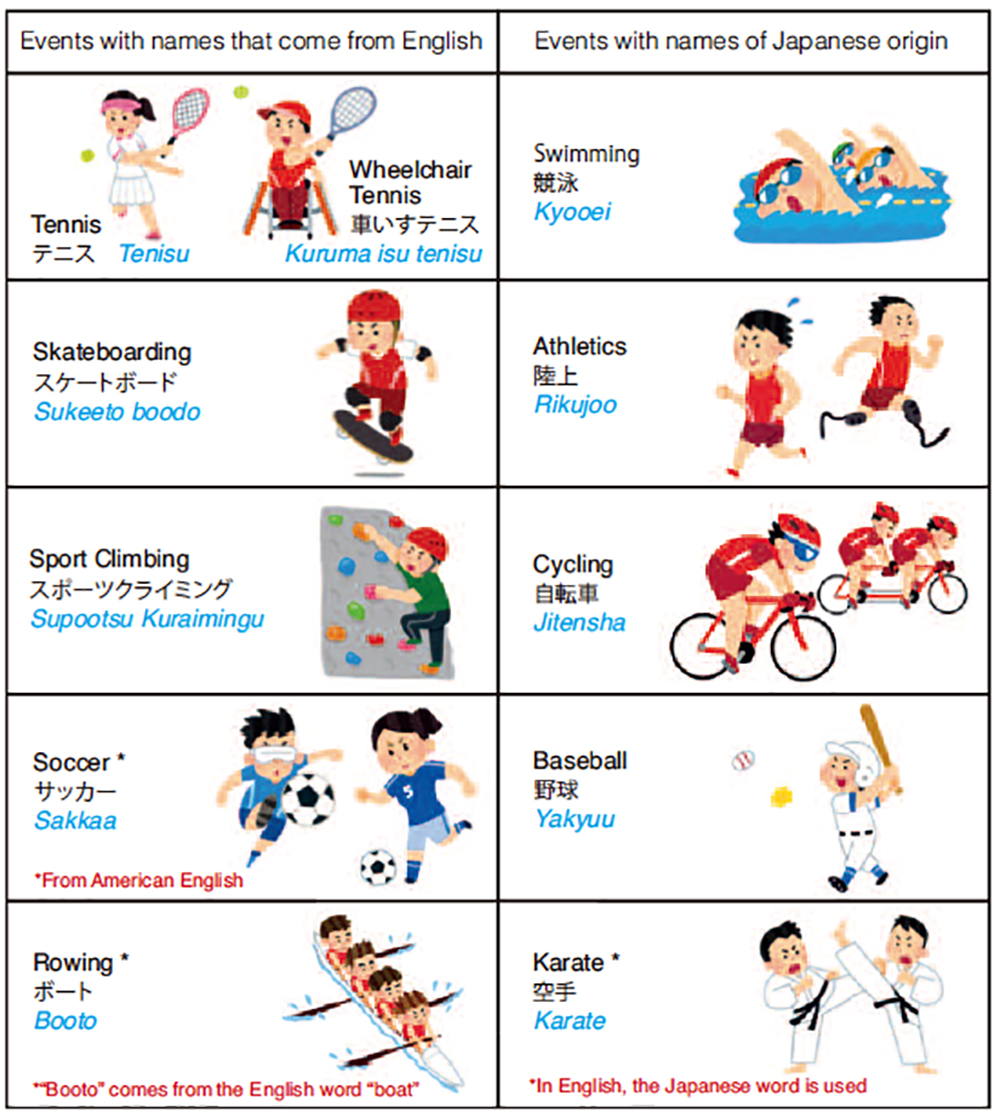 Mina-san, konnichiwa! (Hello, everyone!) So, 2020 has officially begun! And for Japan, there’s one thing that will surely be on everyone’s minds this year: the Olympic and Paralympic Games. Tennis, rowing, cycling… which event are you most looking forward to?

By the way, did you know that the Japanese for tennis is… “tennis”!? Have a look at the illustration next to the article. If we are going to go strictly by the proper method of writing Japanese in the Roman alphabet, then you would spell and pronounce the word as “テニス tenisu”, but as you can probably guess, the word itself comes from the english. I’m sorry to say that as you can see with “サッカー sakkaa”, the Japanese word for football comes from “soccer”. There are lots of times in Japanese that American english is used, for example “エレベーター erebeetaa/ elevator” and “テイクアウトteiku auto/take out”. There are also many “外来語 gairaigo/loan words” from other languages such as French or German. These words are written using the “カ タカナkatakana” script in order to differentiate from words of Japanese origin. In this way, in Japan, the english language threads through everyday conversations. As long as you understand katakana and Japanese pronunciation rules, then you’ll already know lots of “Japanese” words just by hearing them or looking at them.

Next month we will be continuing this topic. We’ll be talking about Japanese related to the Olympic and Paralympic Games. We hope you are looking forward to it!