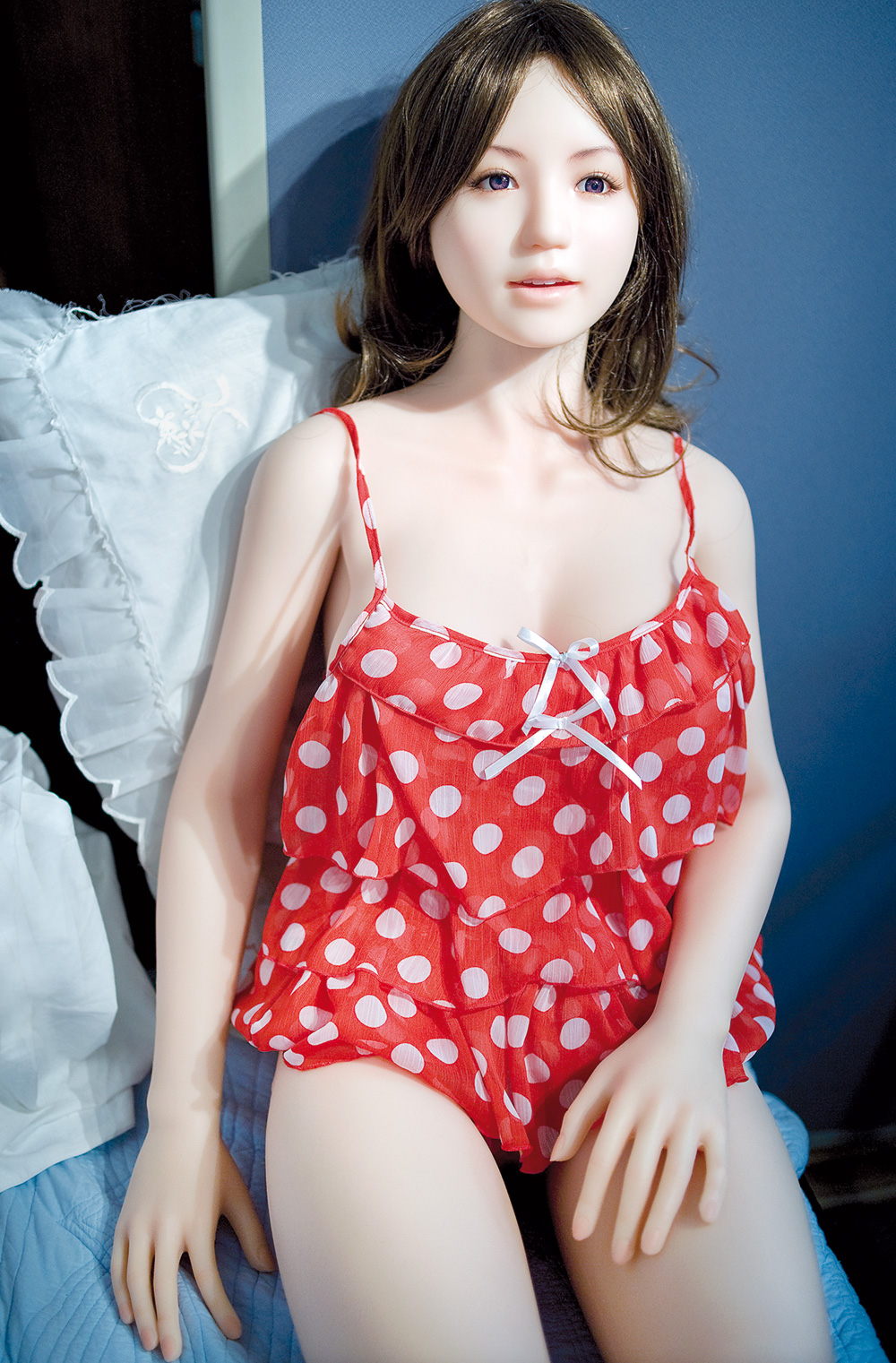 From the early 1990s, some men began to turn their back on flesh and blood women.

Over the past three decades, Japanese sexual habits have changed. We assess the situation.

Sex is both a necessity and a pleasure, and popular attitudes toward sex have historically oscillated between these two poles. Japan is no exception; educators, the government and the media try to shape people’s values and assign them specific roles.

For many years in the postwar period, for instance, the ideal male figure was the businessman who embodied both the national drive for economic production and sexual reproduction. Women, on their part, have long been seen as ‘baby-making machines’, leaving little space for play and sexual pleasure. However, in the post economic bubble years new types of men have emerged, such as socalled ‘herbivore men’ and otaku, who seem to be rather passive and uninterested in sex or interacting with women (at least in the flesh). Women, on the other hand, have become more active in fulfilling their sexual desires.

According to Alexandra Hambleton, an assistant professor at Tsuda University in Tokyo whose work focuses on media, gender and sexuality in Japan, we first have to discuss the difference between social reality and the discourse surrounding men and women. “Just because the ideal man has long been described as a businessman doesn’t mean most men are or were salarymen,” Hambleton says. “Similarly, just because we are talking more about herbivore men and otaku now doesn’t mean that there has necessarily been a large increase in men who identify as such. Things that capture the media’s imagination are just that – capturing the imagination – rather than definitively reflecting social reality. With that in mind, in terms of changes in women’s attitudes, I do believe there has been a shift in how women think about sex. While still challenging in many ways, it is more acceptable for women to talk about sex and to enjoy sexual pleasure than perhaps it was a few decades ago. There are also more places to find like-minded women and to learn together. Female-friendly pornography has been very successful, with individual porn stars gathering huge numbers of fans, and there is an increasing number of sex shops catering for women. While Japanese society today is not fully accepting of women’s sexuality, individual women are able to find places in which to learn about pleasure and express their sexual desires.”

“There has been a marked shift,” she says, “from hotels that were places where a guy took a female companion, to places where couples make the decision, together, to stop by a hotel.” The focus on women has become particularly important considering the fact, as Kim’s observations confirmed, that around 90% of the time women are the ones to choose the room at a love hotel. 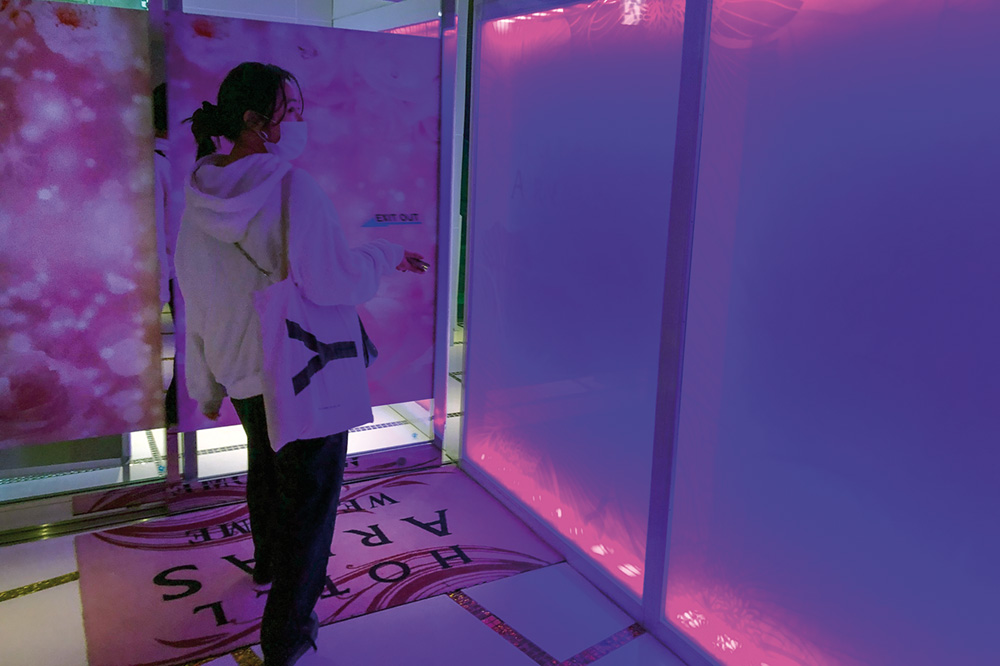 In 90% of cases, women select the rooms in a love hotel. Hotel AREAS, Shibuya

When it comes to sexual education, the authorities only seem preoccupied with reproductive sex, particularly now that the government blames the low Japanese birth rate on a supposed decrease in the population’s sex drive. According to Hambleton, while sex education is technically left up to individual teachers, schools, and school boards, they risk being sanctioned if they teach what conservative politicians in the past have deemed as ‘extreme sex education’. “For example,” she says, “in 2003, teachers at the Nanao Yogo Gakko were reprimanded and demoted after creating a sex education curriculum for their intellectually disabled students that was deemed ‘extreme’ by members of the Tokyo Metropolitan Government. The curriculum was initially lauded as a great success until conservative politicians began running a campaign against it. While the courts finally sided with the teachers (after nearly a decade of fighting in the courts), the case has served as a warning to educators that they are at risk if they offer anything beyond the very basic biology lessons offered in sex education textbooks.”

One thing that never ceases to puzzle observers (both the Japanese and foreign media are full of such stories) is the recent increase of sexless Japanese couples and people who declare they have no interest in sex, while at the same time Japan has a large and diversified sex industry. While these things are true, Hambleton warns that we should put them in perspective. “The media seem fascinated with the idea of sexless Japan,” she says, “but there is data to show that teenagers and young people in many developed economies are having less sex today than they had in the past. It’s not a Japanese phenomenon, and it has absolutely nothing to do with the low birth rate. Sex for reproduction and sex for pleasure are two totally different things. With that in mind, the sex industry in Japan has a long history and is a very much established part of society. It is also very diverse, encompassing everything from host/hostess clubs, swingers clubs/bars, BDSM clubs, sexual massages, ‘pink salons’ (where the main service is fellatio), ‘delivery health’ (escorts), and everything in between. This shows that there is very much a market for pleasure in Japan, but just not necessarily within the confines of a relationship. The sex industry is often seen as a place in which people seek a connection that they feel is lacking in their everyday lives, or a place to relieve the stresses of work, marriage, etc.”