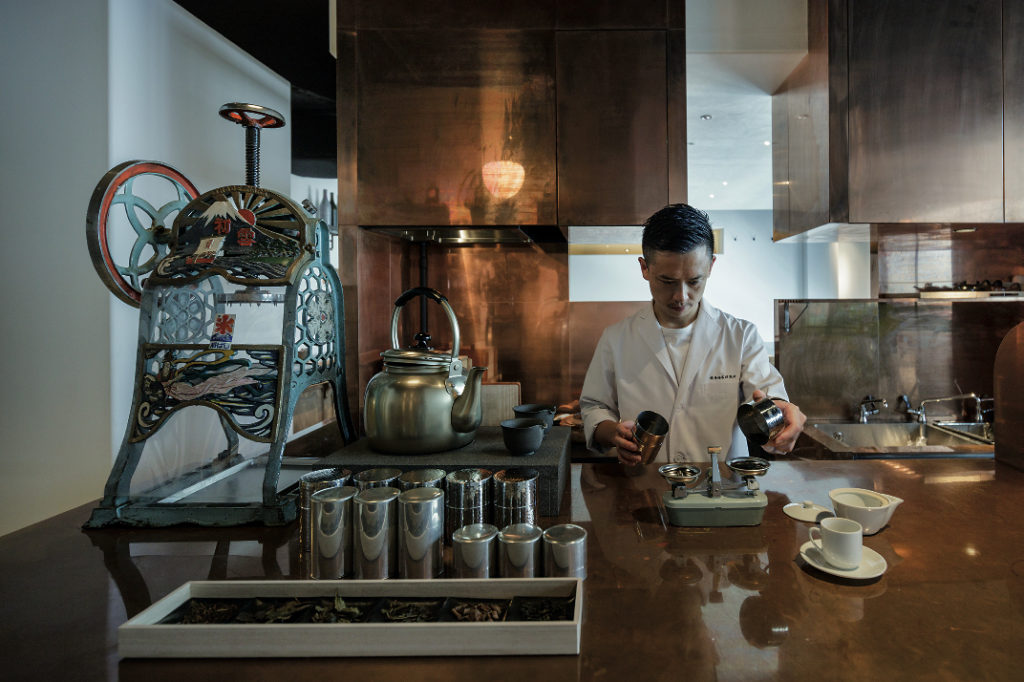 Sakurai Shinya, a lover of green tea, encourages his clients to rediscover the traditions surrounding this beverage.

I t’s hard to be a traditional cultural asset in Japan these days. Take sumo, for instance. It may still officially be the country’s national sport, but it has long been replaced in the popular consciousness by baseball and football. The same thing can be said about green tea. For many westerners, Japan’s national nonalcoholic drink may be one of the staples of washoku (traditional Japanese cuisine), but like sumo, it has been eclipsed by a couple of foreign imports: English tea and coffee. You can see tea and coffee shops on every corner, but trying to find a place specializing in Japanese tea is akin to a treasure hunt. Luckily for ryokucha fans, tea master Sakurai Shinya has recently moved his shop, Souen, to central Tokyo, smack in the middle of trendy Minami Aoyama, and Zoom Japan didn’t waste the opportunity to check out the new location.

Originally a bartender, Sakurai became enamoured with tea while working as the manager of designer Ogata Shinichiro’s tea shop, Higashiya (see this article) and restaurant, Yakumo Saryo. “Besides learning about Japanese cuisine and sweets, I got to know the many different tea selections,” Sakurai says. “I was amazed by the depth and variety of flavours, and began to appreciate the hard work and patience that goes into this tradition. It took me 12 years to master the art and craft of tea-making”.

In 2014, Sakurai decided to go solo and opened Souen in Nishi Azabu, before moving to Minami Aoyama this July. Over the years Sakurai has developed what can best be defined as a tea ceremony for modern times. His model and inspiration is Baisao, an Edo-period Buddhist monk who became famous for popularizing green tea and taking the rigid, formalized tea ceremony out of the rarified world of the aristocracy and literally into the streets. In the process he replaced matcha (powdered green tea) with sencha (whole tea leaves).

Following in Baisao’s revolutionary steps, Sakurai doesn’t sit on tatami mats but works behind a counter, preparing tea by mixing traditional rituals with a bartender’s moves. He first checks the temperature of the water before pouring it from cup to cup to cool it down. In this way he achieves the lower temperature necessary to best prepare our choice of tea, gyokuro. Its name means “jewel dew” and, as that would suggest, it this is one of the highest grades of Japanese tea. Unlike standard sencha, gyokuro is grown in the shade, which gives it a unique, refined flavour, less bitter than teas grown in exposed locations and full of umami. Sakurai makes three different infusions, each one a little milder than the last, and serves the third one as an iced cocktail (again, here’s his bartender training kicking in) with an infusion of shiso and lime. At Souen you can even enjoy stronger drinks, such as Sakurai’s original tea-infused rum and vodka. 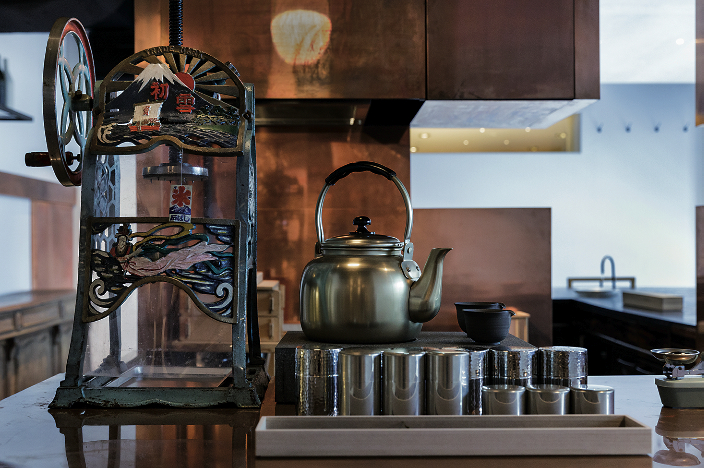 “With Souen, I’m trying a new take on the Japanese tea tradition, and trying to introduce tea to as many people as possible,” Sakurai says. “Souen’s other name is Sakurai Baisen Kenkyujo, which literally means Sakurai Rosted Tea Laboratory, although the official English name is the more refined Sakurai Japanese Tea Experience. In fact we specialize in hojicha (roasted tea), but with an added twist of our own. We roast the tea leaves ourselves, a little bit like coffee, then we blend them with different Japanese herbs and fruits, such as yuzu (an Asian citrus fruit), sansho (Japanese pepper) and shiso (a culinary plant belonging to the mint family), in order to convey something of Japan’s four distinct seasons”.

Hojicha itself is a simple, unassuming drink that’s very adaptable, and Sakurai has thoroughly exploited its characteristics by producing light, medium and full roasts, all of which have differing ratios of tea leaves to stalks. Particularly interesting is the tencha kuki hojicha (hojicha made with sweet tea stalks). The tencha leaves – the same leaves which are typically used to make matcha – are roasted and then carefully brewed at a relatively low temperature, resulting in a tea with a unique sweetness. 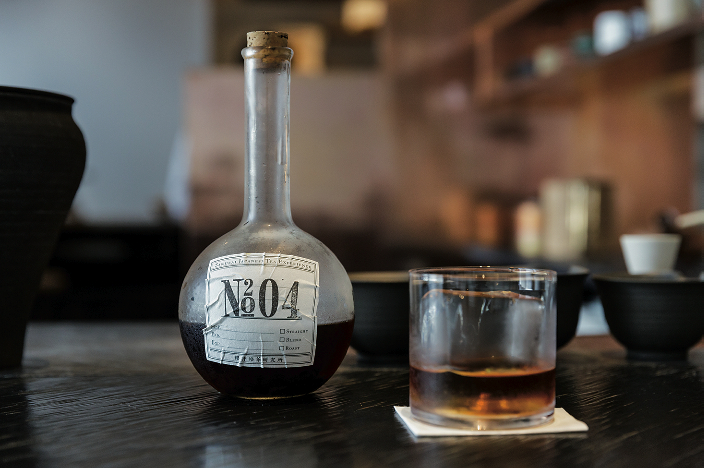 When asked to explain why he decided to devote his life to Japanese tea, Sakurai says that tea making is an important aspect of Japanese culture and he wants people to enjoy it to the fullest. “Drinking tea is something that people in Japan take for granted because it is an everyday experience. We grow up seeing our mothers making tea, but we don’t really understand tea culture’s many nuances. It’s only when you begin to delve deeply into it that you discover its history and tradition, and the different ways in which you can actually make tea. For example, you can actually get very different flavours depending on water temperature and the different ways of pouring water into the pot. Nowadays you can get your tea in many different ways, including in plastic bottles sold in supermarkets and convenience stores, but the basic way to make tea hasn’t changed over the centuries. My first goal is to educate people about what makes really good tea. Then, if they’re really interested, I like to teach them about the equipment they can use to make good tea, and how to select their favourite blends”.

So here’s what the tea master told us about how best to enjoy a cup of tea: