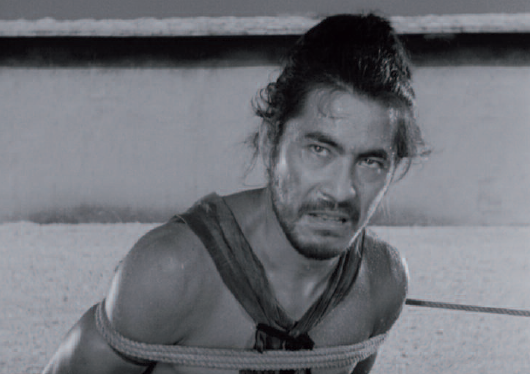 Script writer for Rashamon and Seven Samurai among other classics, Shinobu Hashimoto recalls his days working with one of the most celebrated Japanese directors.

At 97 years old, Shinobu Hashimoto’s memory is still excellent – which is a boon for those who interview him. Scriptwriter for Akira Kurosawa, in 2006 he published his memoirs, which have only just been translated into English. Before working with one of Japan’s greatest film directors, he trained with Mansaku Itami, a noted director from pre-war Japan and father of the great Juzo Itami. His first encounter with Akira Kurosawa dates back to the spring of 1949. Having written the script for Shiyu, he had to go and visit the film maker at his home to get to know him, as the production team had decided Kurosawa was to be the man behind the camera directing the movie that would become Rashomon. Still a trainee, Hashimoto managed to convince him to combine two different short novels by Ryunosuke Akutagawa (Rashomon and In a Bush) to make them into one film. The outcome was to be exceptional, receiving the Golden Lion at the Venice Mostra in 1951. Kurosawa’s international career was launched thanks to this film. However, Kurosawa reminds us in his autobiography that; “the managers at Daiei were not very happy about the project, they said the subject was too difficult to understand and the film’s name was not attractive enough, so much so they were not keen to give the goahead for the movie”. The genius of the director convinced them in the end and he proved to the studio that the script was worthwhile. After that, Kurosawa and Hashimoto’s collaboration continued, though it was somewhat strained at times. As the scriptwriter emphasizes in his memoirs, Kurosawa had a short fuse, was a perfectionist and a workaholic. This explained why he required his collaborators to invest body and soul in the preparation for a project. “According to him, the work of writing a script was like running a full marathon,” Hashimoto recalls. For the Seven Samurai (Shichinin no samurai, 1954), the director applied such intense pressure that his team became so exhausted they looked like a group of sleepwalkers. Despite wishing to bring his collaboration with this tyrant to an end, the writer continued to work with him. The following year, he would write I live in Fear (Ikimono no kiroku) about a man so traumatized by his fear of nuclear bombs that he lost his mind. Hashimoto’s memoirs are written in a simple style with many digressions, revealing what really happened behind the scenes and the way Japanese films of this golden age (1959- 1960) were created. Those who love the work of Kurosawa will have their curiosity satisfied. Once you’ve read the book, don’t forget to watch all those classic films that left their mark on Japanese cinema again.