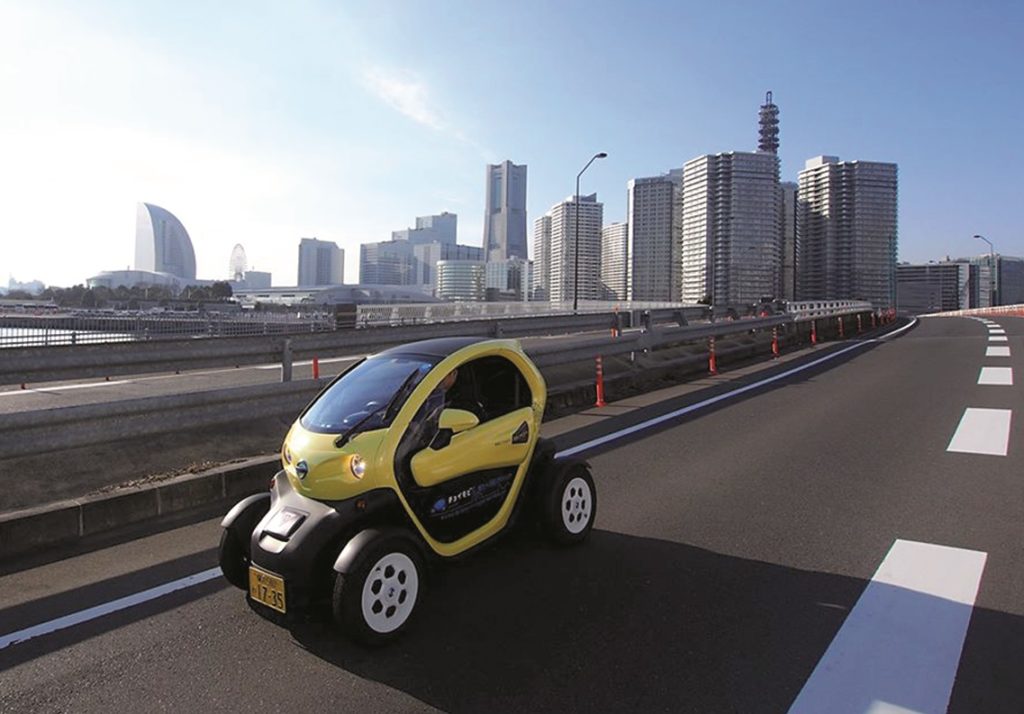 In a few years time, roads will be filled with cars that are intelligent, interconnected, and safer.

In the last couple of years Automated Driving (AD) has become the New Frontier in car technology development and Hitachi Automotive Systems has been in the thick of things. In February, for instance, the Japanese company began to test an AD car on a public road in Ibaraki Prefecture. Zoom Japan talked to Uchiyama Hiroki, a manager in the Advanced Technology Development department, about the future of AD and Advanced Driver Assistance Systems (ADAS).

What are the hottest trends in car technology in your opinion?
UCHIYAMA Hiroki : You only have to look back at last year’s Tokyo Motor Show (TMS) to see in what direction research into car development is heading. First of all we have driverless cars that are not considered a novelty item anymore. Last year, Nissan CEO Carlos Ghosn went so far as to declare that the first phase of the technology will become a common feature in many of the cars that will be manufactured in the next 12 months. The main issue here is not whether these cars can be actually produced, but how long it will take for legislation to catch up with car makers. Another interesting item I saw at the last TMS were so-called loungeseating cars whose interior looks like a living room. Vehicles like Mercedes Vision Tokyo really look futuristic, but they are the logical consequence of developing a car where the traditional driver’s seat is no longer needed. But the real winners of the show were fuel cell cars, starting with Honda’s FCV Clarity. They have the same advantages as electric vehicles (no exhaust emissions, instant electric motor response, no combustion engine noise), but unlike an electric vehicle they can be refuelled within a few minutes.

Hitachi has been developing AD cars for several years. How did the test in Ibaraki go?
U. H. : It went pretty well. This was Step 2 in our development plan. Step 1 was about developing and testing stereo cameras that make automated braking and parking possible. We also did a lot of driving tests on our test track. This time, though, we thought the time had come to test our technology on a public road. Though it was a 2.9km stretch of low-traffic toll road, it offered several new challenges because it was narrower than the test track, and the radar had to take into account several new features such as guardrails, walls, etc. All in all we didn’t have any big problems and were able to gather a great amount of useful data.

You are personally involved in the ADAS side of driving. Can you tell me how you envision our future driving experience?
U. H. : The keyword here is “connection”. Right now, everybody is talking about cars that can help you park or avoid accidents through the use of automatic brakes. This is where the car market is heading. Last year’s TMS, for example, featured Nissan’s Teatro for Dayz, a model with no conventional controls, voice commands for most functions and a dashboard that can display everything from navigation data to personalized artwork. According to a 2014 report by Allied Market Research, for example, the global market for vehicles equipped with sensor, GPS, Internet, and Bluetooth technology will grow from about $35 billion today to $141 billion by 2020, and that number is expected to continue rising. But in the future, cars are not only going to drive themselves; they will be connected to each other and the road infrastructure. Think about traffic lights. With the advent of real-time communication, an ambulance will be able to interact with the traffic signal network and turn all the lights green while alerting all the other connected vehicles in the area. So you can see this is a much deeper level of connectivity. This is about creating a smart car; a talking and thinking car that is expected to transform the experience of driving, increase safety, and inspire a larger revolution in how we get around.

Can you give me another example of what you call a “thinking car”?
U. H. : Consider that the average car has about 20,000 components, and most of them are potential sources of data. The car of the future will be connected, among other things, to the manufacturer and the repair shop, and thanks to data analysis, car makers will be able to measure wear and tear and alert car owners of the need for preventive maintenance. In other words, we want to go beyond automated driving and explore broader issues through merging advanced IT and social infrastructure systems.

Are your current projects limited to Japan?
U. H. : No, we have already started collaborating with foreign institutions. Last year, for example, we launched a demonstration project in Maui, Hawaii, called JUMPSmartMaui, in collaboration with the New Energy and Industrial Technology Development Organization (NEDO). The State of Hawaii’s goal is to obtain 40% of its electric power generation from renewable energy sources by 2030. However, in Maui, renewable energy currently accounts for only 21% of the total energy supply. Through our project we incorporated Smart Grid, renewable energy and all-electric cars in order to build a smarter, more efficient system that can support electric vehicles.