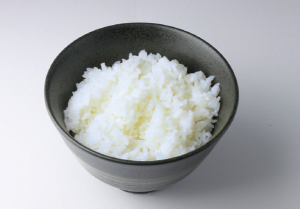 For several years now, the consumption of this millennia old food has been decreasing across the Japanese archipelago.

Can we even begin to imagine Japanese people no longer eating the rice produced in Japan? This may sound like a strange question, although it is an increasingly relevant one, but the answer is currently still “no”. There are many reasons to fear that rice cultivation will gradually disappear throughout the Japanese archipelago. Firstly, consumption has been in decline for several years now. In 2011, the Tohoku region, one of the largest producers of rice in the country, was hit by a tsunami that destroyed a great many rice fields, and in this same year the Japanese spent more money on buying bread than they did on rice. This phenomenon was so serious that the media seized on the topic and investigated why the Japanese were falling out of love with one of the most important elements of their traditional diet. The influence of Western ways of life has also played a part in this changed approach to diet. For breakfast, a bowl of rice has been replaced by toast. In the bigger towns, and even in the smaller ones now, you can find more and more bakeries while many rice sellers are shutting up shop. Most of them are elderly, while bakers are younger and represent a certain kind of modernity. Many gained their baking skills in Europe, especially France, and there are also a number of ambitious and adventurous bakers from the West who set up shop in Japan when they learned that Japanese customers appeared to prefer loaves to rice. This situation is also the result of a historical government policy that encouraged The Japanese to eat like Westerners in order to develop more robust physiques. Obsessed with catching up with the West, Japan has shot itself in the foot by promoting a completely different way of life. This is very ironic, as in Europe and the United States, people are trying to copy Japanese eating habits to guarantee longer lives and better health, making up for the damage caused by increasingly poor diet.

Changes in the cooking habits of Japanese families have also contributed to this lack of interest in rice. A study in 1998 showed that families preferred meals that were easier to prepare and didn’t increase the number of dishes to wash up. When you serve rice, you need to prepare side dishes; one’s pallete cann hardly be satisfied by this humble grain alone. This trend can be explained by the fact that meals are eaten together less and less, with family members increasingly eating on their own. You only have to observe scenes of people eating meals in films or on TV to realize this, a clear indication of the spread of a new culinary culture and its influence on the consumption of rice. If you also take into consideration that the economic crisis has caused Japanese people to spend less in restaurants, it should come as no surprise that rice production in Japan is under threat. However, rice is held in high esteem by many for its quality and taste, with an almost nationalistic fervour. One rice merchant explained that it makes no sense eating rice in Japan if its not grown locally and cooked in a rice cooker that is also made in Japan (see page p13). This type of reaction is understandable, especially as rice is deeply rooted in Japanese culture. Just as they love seeing the cherry blossom in spring and are enraptured by the red leaves in autumn, the Japanese’ like to see their paddy fields as a symbol of the unchanging nature of their country. Whether travelling on the train or by car,it is not unusual to see these fields when out and about in the countryside.

Rice cultivation has set the rhythm of life for the Japanese for over 2,400 years. At harvest time, many Japanese travel to regions where rice is produced, such as Niigata, to fulfil a kind of pilgrimage, while many festivals are organized to celebrate the new harvest. This is a season when people from local communities carry parade shrines called mikoshi around the streets and give thanks to the gods. A number of festivals (see Zoom Japan no.33, July-August 2015) are intimately connected to rice, but the keen interest in these festivities is in stark contrast to its diminishing consumption. According to a study published in April 2015, Japan is only in 50th place on the list of countries that eat the most rice worldwide, with an average intake of only 119 grammes per person, far behind Bangladesh in top place with 473 grammes per person, per day. Of course, the Japanese don’t just eat rice, they drink it too, but sake, the drink of the gods, is not as successful as it used to be either. Official figures show that sake consumption is down too. In 1973, a record year, consumption was around 1.7 billion litres, but in 2011, only 603 million litres were drunk. In the face of such statistics, brewers are losing their smiles. In 1980 there were 3,533 sake producers – there are now only 1,709 left. To alleviate this situation, the authorities have to actively encourage production and consumption of rice and rice products. The TransPacific Partnership (TPP), the trade agreement initiated by the United States and which Shinzo Abe wishes to join, would not benefit Japan’s rice production. Another solution would be to promote Japanese rice and its associated products abroad. Japanese cuisine is all the rage in Europe. Since Japanese cuisine gained Unesco Intangible World Heritage status, many Japanese government authorities want to use it to promote their culture around the world and so are taking a much greater interest in rice. Let’s hope this will ensure the future preservation of a wonderful food that tastes fantastic on its own and is part of a unique culinary tradition.