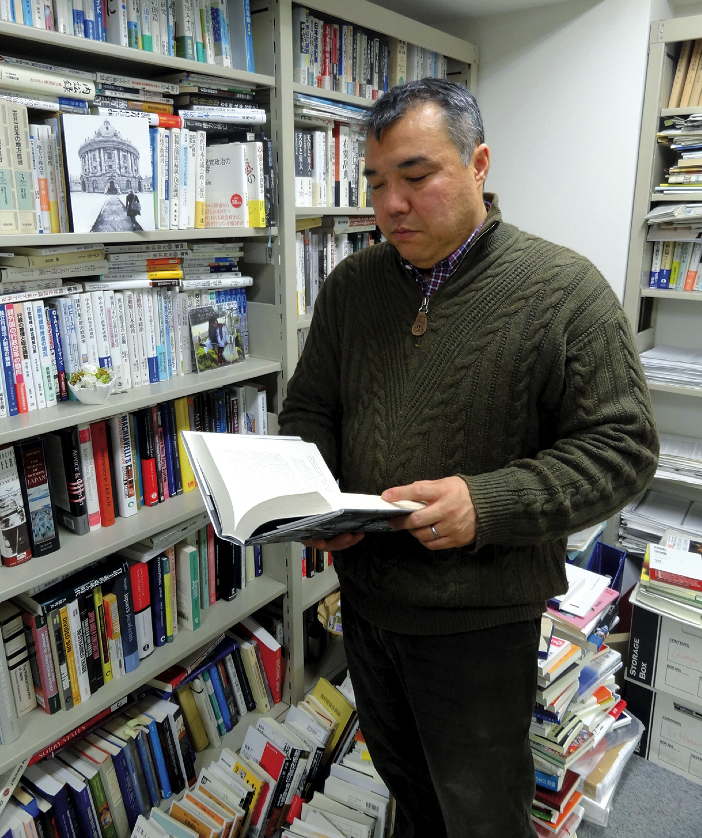 Nagano Koichi, professor at Sophia University in Tokyo, is concerned about the Nippon Kaigi’s influence.

The success of Nippon Kaigi is down to its ability to reach the greatest number of people, says a worried Nakano Koichi.

Zoom Japan talked to Nakano Koichi, a Professor of Political Science at Sophia University in Tokyo, about the threat that Nippon Kaigi (NK) poses to Japanese society.

In your opinion, what is most dangerous about NK? What do you find most troubling about its activities?
NAKANO Koichi: Nippon Kaigi, of course, glorifies Japan’s past. Not so much the distant past as the wartime period. To be a bit more precise, it glorifies the trajectory of modern Japan, from the Meiji Restoration (1868) to the war. Its views on such issues as colonization and aggression, but also on prewar social order (a mixture of feudal legacy and modern values) is informed by a strong authoritarian tendency that permeates every aspect of social and political life, from the family to gender roles, from education to the relationship between the state and society. I find this quite problematic. Also, in addition to NK’s ideological tendencies, this is a network that brings together powerful politicians, media organizations, religious groups and some opinion leaders and celebrities. They all share a certain kind of nostalgia, rather like Donald Trump. He is always talking about making America great again, and these people are saying the same thing about Japan. Furthermore, they want to take Japan back in time, as they stated in their 2012 manifesto.

One of NK’s stated goals is to preserve Japan’s “beautiful traditional national character”.Surely this is a statement with which most people would agree?
N. K.: That’s an interesting point, because they put quite an emphasis on tradition, but they actually mean modern tradition. They don’t look at the Nara or Heian periods from 800-1200 years ago. They are only talking about the last 150 years of Japanese history. You can see it in the special position that Yasukuni Shrine (a Shinto shrine in Tokyo which commemorates those who died in the wars Japan fought from the Meiji period onwards) occupies in their ideology. Yasukuni, after all, is not an old shrine. It was only founded in 1869, after the Meiji Restoration. So why all the emphasis on this period? It’s because NK has this idea that Japan’s modernization was all glorious. This looking back to an idealized past can be understandable as nostalgia, but it’s not practical and, most importantly, it has some troubling implications. Now it’s 2017, and the Meiji cultural and social model is obviously out of date. Even when you consider the Imperial institution, which plays such an important role in NK’s ideology, you must be aware that what they have in mind is the Imperial system as it was reinvented in the Meiji period. This is actually not surprising, because all conservative movements around the world were born quite recently in reaction to the French Revolution. And even NK’s reactionary ideology is very modern. However, although it is modern, at the same time it is grossly outdated, disrespectful of human rights, undemocratic and authoritarian, even though the aura of nostalgia surrounding it may appeal to some people.

Speaking of tradition, NK is against a woman becoming Empress even though Japan is believed to have had eight reigning Empresses in ancient times. Again, the Imperial House Law mandating male succession was only enacted in 1889.
N. K.: Again, there is something fundamentally authoritarian about this historical cherry-picking, because they get to define what Japanese tradition is. Japanese tradition is a matter of academic and philosophic inquiry which probably has no real answer or, even better, more than one answer, but somehow these people think they have a right to define it. And they accuse those who disagree of not being truly Japanese.

NK often manages to gather millions of signatures to petition the government. How do they manage to be so efficient?
N.K.: It has to do with the religious organizations affiliated to them: such Shinto associations as the House of Birth and Growth and the Association of Shinto Shrines, and even some new religious sects, which form a wide grassroots network around the country. They provide the foot soldiers and enthusiastic activists who are tasked with gathering those signatures. 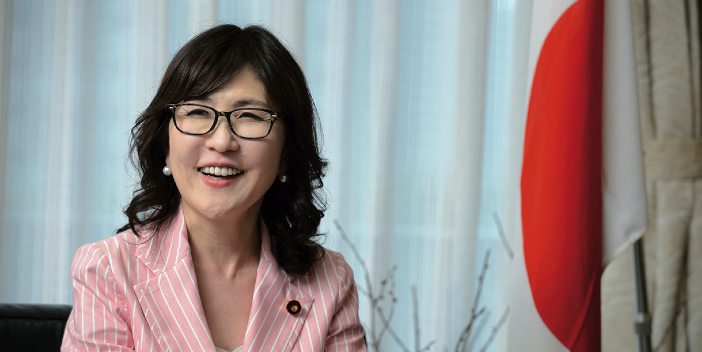 INADA Tomomi, the current Minister of Defense, is one of the Nippon Kaigi’s main supporters.

Currently, to revise the constitution requires a two-thirds majority in the diet (plus a simple majority in a subsequent referendum). Do you think there is a real danger that it will be eventually revised?
N.K.: It’s possible, but not certain. After years of campaigning by these people, including media organizations, many Japanese people, perhaps even the majority, will answer that it would be a good idea to change the constitution when asked in opinion polls. But that’s a sort of trick question, because for most of the postwar period the political debate about revision has focused almost exclusively on Article 9 (a clause outlawing war as a means to settle international disputes, and maintaining armed forces with war potential). It’s extremely difficult to change Article 9 now as most Japanese are actually very fond of the pacifist ideals attached to it. So the revisionists took a different approach, talking instead about other constitutional changes (related to the environment, etc.) and using them as a sort of Trojan horse. So when people are asked if they agree with changing the constitution it sounds like a general question, but then there is no agreement on what should be actually changed. When you see the headlines in the papers it looks like people want to revise Article 9, which is not the case because the majority is still opposed to it. Still, the LDP has already drafted a new constitution. That’s a very scary thing as it goes against the very idea of constitutionalism and tries to weaken Japan’s bill of rights.

So a referendum is actually necessary to revise the constitution. NK says that they represent the traditional values of the people, but it seems to me that not many people share those conservative values today – especially younger people.
N. K.: And nor are they interested in politics. Since last year, 18-year-olds have acquired the right to vote, but their turnout was very low. After all, they have been discouraged from being interested and getting involved in politics. Talking about politics in schools is almost completely banned. Kids are taught to be apolitical and obedient subjects. So the idea that you turn 18 and suddenly become interested in politics is totally unrealistic.

NK, and more generally the conservative old guard, have been accused of sexism. Do you agree with that?
N. K.: Yes, of course. There is this notion that women are second-class citizens and their role in the family and society should be subordinate to that of men. In other words, the patriarchal model of the Imperial system is being held as a model from which we should not deviate. The idea of a woman who can exercise her freedom goes against the idea of the good wife/good mother that was actively promoted before the war. Even in politics, if you take female representation in parliament then Japan is almost at the bottom of the world ranking. In the lower house it’s less than 10 percent.

It’s interesting then, that one of NK’s most prominent members is a woman, Inada Tomomi, who is currently the Defence Minister and was recently chair of the Policy Research Council for the LDP.
N. K.: It’s a little bit like Margaret Thatcher being a woman. She had to become the only “woman with balls” in the cabinet. You need to adapt and internalize male attitudes in order to be successful, especially in the LDP. Of course, Abe doesn’t want to be accused of misogyny or sexism, so he is showing that he is promoting womens rights. And yet the 100 strong group of advisers appointed to improve conditions for women in Japan did not feature a single woman. It’s like a joke. It would be funny if it wasn’t such a serious issue. Only when the rate of female representation in Parliament reaches 30-40 percent will women be able to be themselves and not have to behave like a man.

Particularly since the early 1980s, there have been many clashes between the progressive and conservative movements concerning the history textbook issue. What is the situation right now?
N. K.: The conflict continues, but it seems that the revisionists have hit a wall; they’ve been able to publish their textbooks, but have found it very hard to get them adopted by the schools. So the actual adoption rate of revisionist textbooks is very low. On the other hand, with Abe’s powerful backing there’s been a renewed effort to change the system for screening textbooks. In practical terms, existing textbooks are quietly being changed in order to make them more progovernment.