According to the leading collector of the famous Manga, its fame rests on the incredible imagination of the artist. 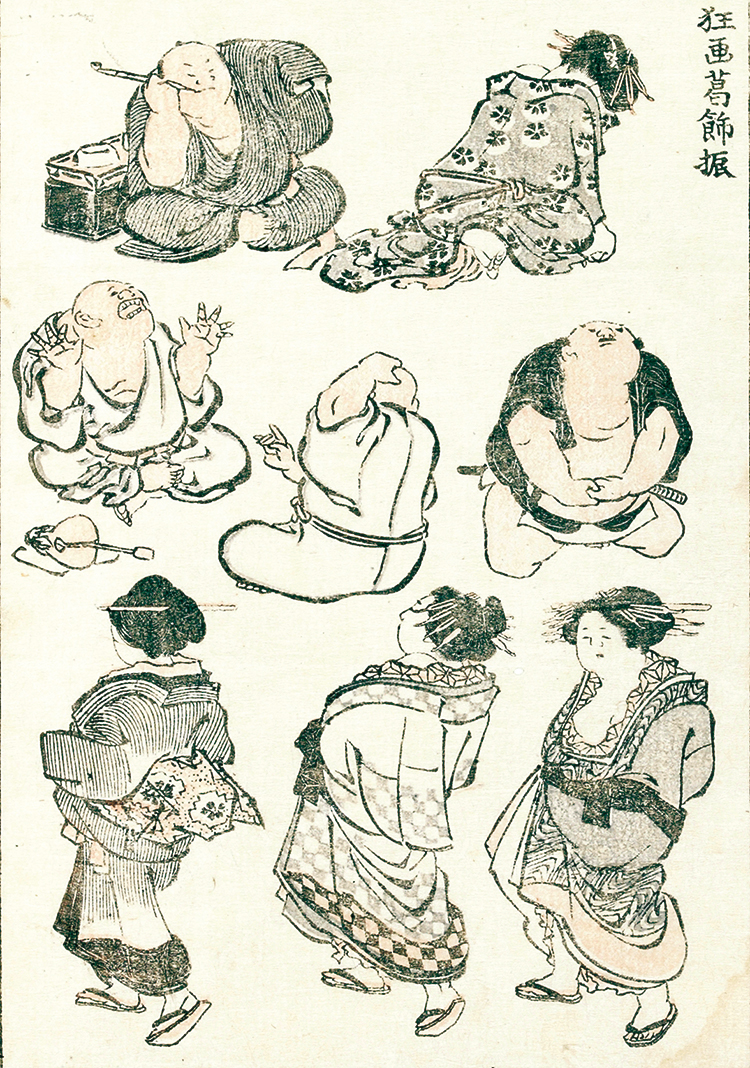 According to URAGAMI Mitsuru, Hokusai’s Manga is a precious account of the Edo period.

URAGAMI Mitsuru, the renowned gallery owner has the world’s largest collection of volumes of the Manga by Hokusai (1760-1849), a reference manual for all his disciples and those wanting to master the art of calligraphy.

How long have you been interested in Japanese ukiyo-e (woodblock) prints?

Uragami Mitsuru :My father, Honorary Director of the Hagi Uragami Museum, has always collected works of art. So I have been surrounded by them since early childhood. I was familiar with Japanese prints, but I really became interested when I was a student.

How did your passion for the Hokusai Manga come about? How many volumes do you own?

U. M. : One day, when I was eighteen years old, I went with my father to a shop specialising in Japanese prints. By chance, I came across a copy of the Hokusai Manga and bought it immediately. I’ve continued to buy copies of it for 45 years, and now I own more than 1,500.

What is the reason for this obsession with Hokusai?

U. M. : Isn’t it because of the dynamic composition of his work? He excels in the art of drawing, but it’s the richness of his imagination that is inspired by Japanese painting that I find most fascinating.

Could you explain the differences between the Hokusai Manga and present day manga to us?

U. M. : The Manga is made up of drawings of every subject in which Hokusai was interested. Some consider them to be just “rough drawings”, “sketch books” or “illustrated books representative of the Edo period”. I think that this work isn’t so different from today’s manga, and that many drawings in the Manga are quite similar to them. Beside, it’s the origin of the word manga we use today.

Which is your favourite page in the Manga ?

U. M. : It’s all 15 volumes totalling 900 pages. It contains around 3,600 drawings. Personally, I love the drawings in volume 8, representing people who are either obese or very thin. I think The Manga was the first work to depict people of the Edo period (1603-1867) just as they were.

Hokusai has influenced numerous Western artists. Why do you think this is?

U. M. : The Impressionist painters such as Manet, Monet and Degas as well as artists like Paul Klee were indeed influenced by Hokusai. It’s something we Japanese are very proud of, but we mustn’t forget that despite the country’s isolation, Hokusai studied Western and Chinese painters. So we can say that Hokusai was an international artist.

What are your dreams in your role as a prolific collector?

U. M. : I dream of helping to open a “Hokusai Manga Museum”. The original drawings would be on display, but also accurate digital enlargements. Thanks to virtual reality, the drawings could be animated to entertain the visitors and help them to get to know this extraordinary work better.