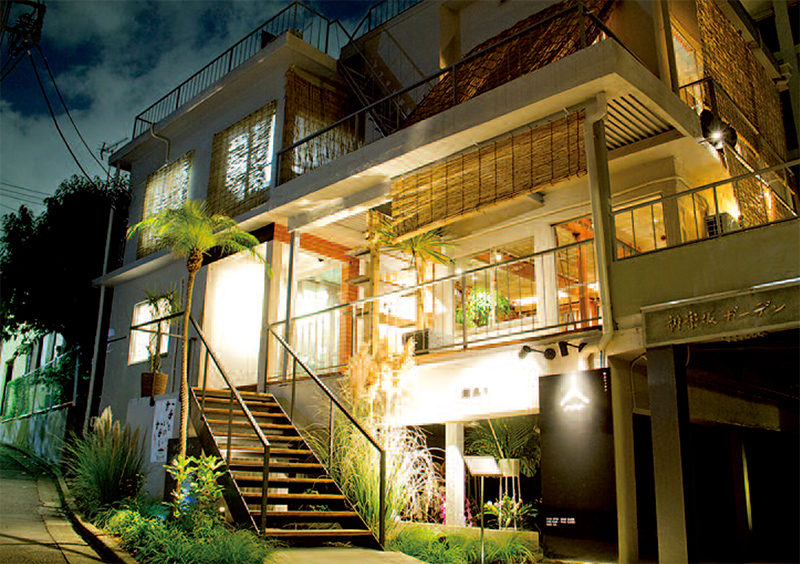 In Tokyo, there’s a restaurant unlike any other, where you can discover food from around 6,850 islands in the archipelago.

The Japanese archipelago is made up of 6,852 islands, of which 400 are inhabited, and with a coastline of more than 100 metres in length. From the north to the south, they each have their own unique history and individual charm.

In the Kagurazaka district in Tokyo, the Rito Kitchen (Remote Island Kitchen) restaurant, run by the Ama island tourist office in Shimane Prefecture, offers you food from the islands. You can just as easily savour a Merlot from the island of Okushiri, to the south-west of Hokkaido, as a pizza with kusaya, a salt-dried fermented fish known for its unforgettable pungent smell from Niijima, an island to the south of Shizuoka, or even fried octopus from the island of Awaji, situated in the eastern part of the Seto Inland Sea.

“When we began, the plan was to help revive Ama, and we only sold produce from the island. But the business rapidly expanded,” explains one of the managers. Just by reading the menu, you’ll be struck by the wide range of names of all the different islands. “The most original dish we have on offer? That’ll be the fixed-price midday meal, the “shimameguri lunch” (“Tour of the Islands” menu), with several small dishes from different islands. In Tokyo, there are restaurants specializing in food from a single island, but none of them offer a choice from all them,” he adds.

“We don’t just want to give people food to eat, we want to tell them about the history behind it.” For instance, on the drinks menu you’ll find “Gakkogura” (School Brewery), sake from the island of Sado, off the coast of Niigata Prefecture, made in a former school converted into a brewery in order to breathe new life into the building and prevent it from being abandoned. The plates used in the restaurant come from the island of Aki, the glasses from Okinawa or Niijima.

The team travels back and forth to the islands to learn from their inhabitants how to cook using local produce. To share this experience, the team has begun to arrange a “Shimatabi” (island tour). It will be a package tour, starting with a boat trip from Tokyo to the islands and an introduction to the local cuisine. “People living in the capital are unaware that there are islands just two hours away from Tokyo, which can be visited for 6,000 yen (about 50 euros). Islands are not always so “far away”, and the aim is to build bridges by cooking local dishes and using local produce,” declares one of the team. Furthermore, one member of the team, in a personal capacity, set up a regular event in a Tokyo bar: a “shimakataribi” (a day to talk about the islands), where inhabitants from the islands can meet enthusiasts while eating local dishes. Moreover, the small island of Ama has managed, quite amazingly, to encourage some of its population to return, and is attempting in this way not only to create ties between itself and other islands but between all the small islands.