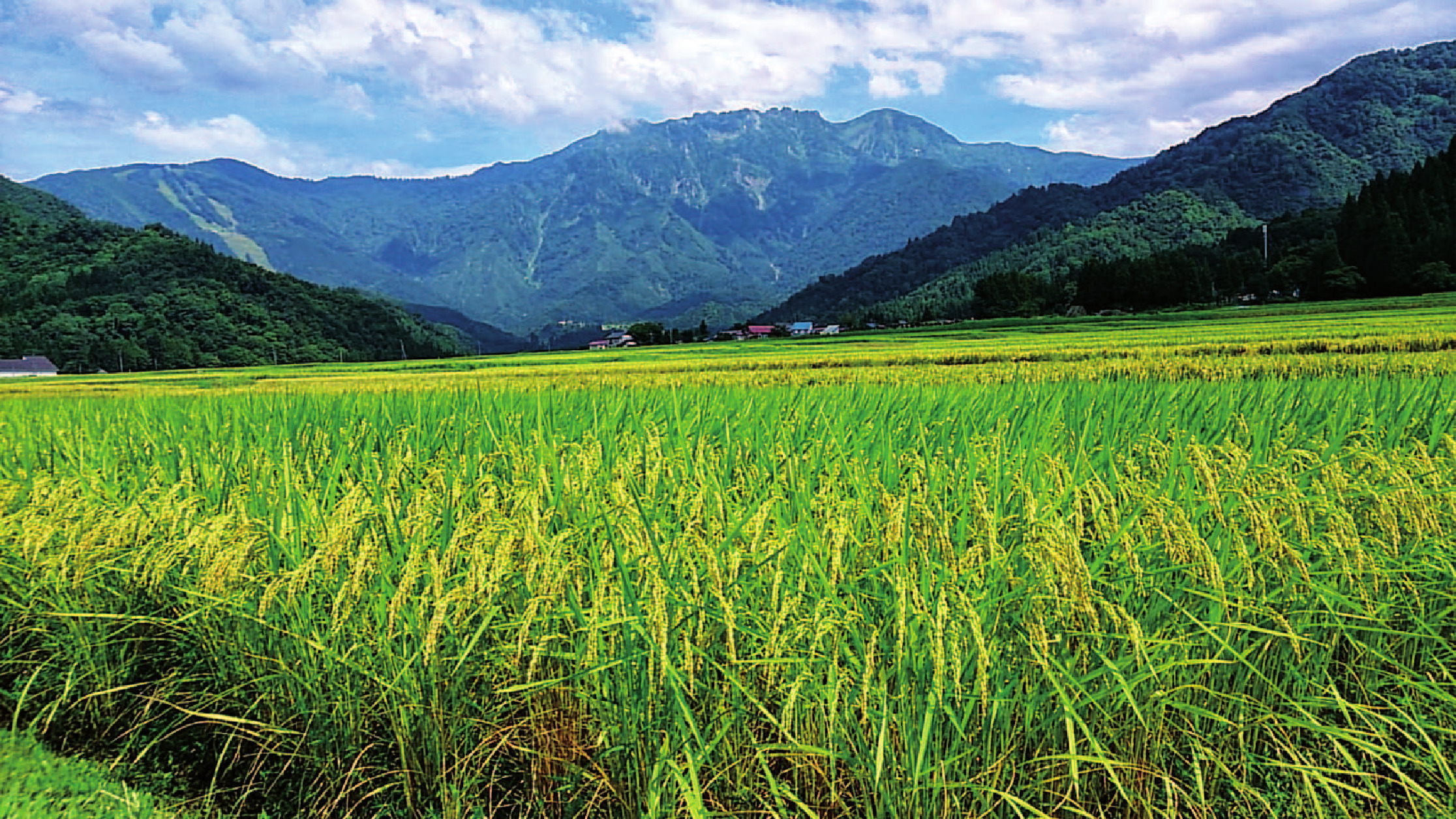 The prefecture is well ahead of Hokkaido and Akita in the production of rice nationally.

Niigata prefecture is renowned for producing rice, but it has a great deal more to offer.

Koshihikari. The word will definitely mean something to lovers of Japanese cuisine, and rice in particular. It’s actually the principal variety of rice cultivated in Niigata prefecture. Considered to be the tastiest rice in the Archipelago, a claim that is disputed by other rice-producing regions, koshihikari has helped to spread the region’s rice-producing credentials beyond the country’s borders. In grocery stores selling Japanese goods, sacks of koshihikari (not always from Niigata) often take centre stage in the rice section. However, it is not actually a local rice, but was developed in the south of the prefecture of Niigata and called etsunan 17, but due to poor results, it was rejected by the region’s farmers. This was not the case for their Niigata counterparts, who transformed it into their star product with the name of koshihikari.

Thanks to its success, the prefecture occupies first place in the ranks of rice producers, above Hokkaido and Akita, who would have great difficulty in challenging Niigata’s unassailable position in the sector. Local farmers have succeeded in mastering its production despite its reputation for being difficult to cultivate. For that reason, it is easy to understand why there is such a feeling of pride among local producers who are aware that they possess an invaluable treasure. This is especially true in Uonuma and Minima Uonuma, in the southeast of the prefecture, where a favourable microclimate – warm by day and cool at night – produces what is considered to be the very best rice. This gives the locally produced rice a unique, aromatic flavour. The abundance of rice produced in this region, which is surrounded by mountains producing the source of the highest quality water, has also resulted in an increase in the number of sake breweries. With 89 companies, the prefecture still ranks first in the country for the production of this fermented beverage. It has benefitted from changing tastes in sake since the 1980s, when the Japanese began to look kindly on local craft sake (jizake), whereas they had previously preferred industrially- produced sake. The Niigata brewers took advantage of this change in attitude and saw an upsurge in demand, while, at the same time, it tended to fall in other regions, especially in areas such as Kyoto, where, traditionally, industrial sake was brewed. The reputation of the purity of the water and the varieties of rice used for brewing “the drink of the gods” in the region helped transform the prefecture into somewhere to be greatly admired. It also tops the league of ginjo (a top quality sake) producers. In other words, when it comes to rice, it is smiles all round in Niigata, and the prefecture could afford to rest on its laurels. But this is far from the case. It also leads in other areas of agricultural production, though this is little known and is much to the annoyance of farmers for whom rice is not the only thing in life. Aubergines are another of the prefecture’s specialities. More are grown here than anywhere else in the Archipelago. Experts believe that the lack of knowledge about Niigata’s aubergines is because they are mostly consumed in the prefecture itself, and only 34% of them are “exported” elsewhere. The region’s hot and humid climate means it is a great place for aubergine production. Their cultivation slots in perfectly between the seasons for transplanting and harvesting rice. Around twenty varieties are available for consumers to enjoy. The best aubergine producers are thought to be found in the region of Nagaoka, and many restaurants have created speciality dishes based on the different varieties available, including the yakinasu, recommended for grilling, and the kinchaku, whose sweetness goes well with ginger.

Besides aubergines, the prefecture is also proud of another of its products: soybeans or edamame. A good number of consumers are aware that it is a leader in this field as more than half of the beans produced are sold outside the prefecture. In this instance, the Niigata farmers have proved their cultivation skills once again by growing more than 40 varieties. The kurosaki chamame is by far the best known and highly rated, mainly due to its crunchy texture and unique flavour. It is produced in Kurosaki, in Nishi Ward, in Niigata, and is considered “the queen of edamame”, a title no one appears to want to challenge these days.

Many other food products, notably fish, have contributed to the development of a first-rate cuisine in the prefecture. In the 17th and 18th centuries, when the port of Niigata was an important staging post for kitamaebune – ships that ensured trade between the north and south of the Archipelago – it developed a substantial gastronomic culture that should not be ignored.