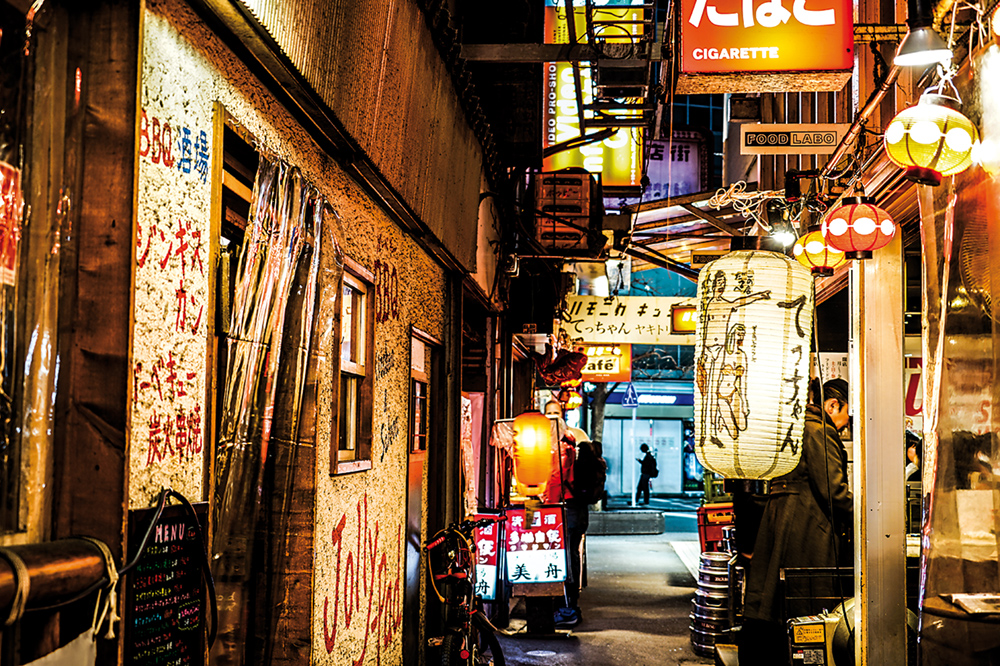 Hamonika Yokocho in Kichijoji is one of the district’s nightlife hotspots.

Symbolic of the post-war period, these streets are experiencing a resurgence of interest.

Yokocho literally means “side street”, or more exactly “alleys perpendicular to a main street”. The word was originally an administrative term related to urbanisation during the edo period (1603-1868), but for the Japanese of today it evokes, above all, those bustling narrow alleyways lined with often trendy food shops. Yokocho, with their narrow dimly-lit streets, are tinged with an atmosphere typical of the Showa period (1925-1989). That’s quite normal, since yokocho are testimony to the post-war period.

In Tokyo, a black market and food stalls thrived in the rubble of a city laid waste by air attacks during the Second World War. Crammed together, these shacks were where hungry Tokyoites came to fill their bellies with bowls of soup or food on skewers.

Many of the yokocho have since disappeared, but some have escaped the process of urbanisation and financial speculation that drove the redevelopment the city. for a long time they were considered unfashionable and the reserve of the elderly, but they have recently gained in popularity thanks to a new generation who finds their ambience is novel and attractive rather than old fashioned, as well as foreign tourists who love to find themselves in settings like those they have seen in films.

In the capital, you can wander along: – Ameyoko (Ameya Yokocho or Sweetshop Alley), in ueno: Without doubt the best known. It originated in the aftermath of the war, and was where goods from the north of the country could be bought (ueno railway station was equivalent to the king’s Cross in London) and where Chinese and korean communities gathered. There are more than 400 stalls there today, including traders from South east Asia and elsewhere in the world.

– Goruden Gai (Golden Quarter), in Shinjuku: With around 250 bars, it has a reputation for being the centre for writers and the theatrical profession. The district has been the setting for numerous films and novels, especially thrillers.

– Nonbei Yokocho (Drunkards’ Alley), in Shibuya:
Located next to Shibuya Station, it has a retro ambiance, but also has bistros and bars for the younger generation.

– Hamonika Yokocho(harmonica Alley), in kichijoji: Situated in a popular student district, this yokocho has shops catering for the local inhabitants during the day, and comes to life again in the evening thanks to its bars and restaurants. A morning market is held here regularly.

– Kameido Yokocho, in kameido: Located at the station’s north exit, it reflects the arrival of immigrants, and food from Mexico, Nepal and the Philippines is available.

– Sankaku Chitai (Triangle), in Sangenjaya: More a collection of little streets, redolent of the 1940s.

– OK Yokocho, in Akabane:
With around thirty shops, this yokocho is imbued with the atmosphere of the Showa period, and is often the setting for shooting films. This increase in interest in yokocho has caught the attention of investors. Over the last ten years or so, we have seen the emergence of restaurant chains incorporating the word yokocho in their name and imitating their popular retro atmosphere. Just last year, two new large-scale yokocho opened in Tokyo.

The first is in Toranomon. In this business district, the Toranomon Yokocho occupies a floor in the Toranomon hills, the capital’s second tallest building built in 2014. This yokocho looks more like a luxury food court. There’s a row of twenty-six stands staffed by well-known chefs, and meals cost between £22 and £86 per person. The Toranomon Yokocho restaurants are rather upmarket, and play on this mismatch with the popular image of the yokocho. 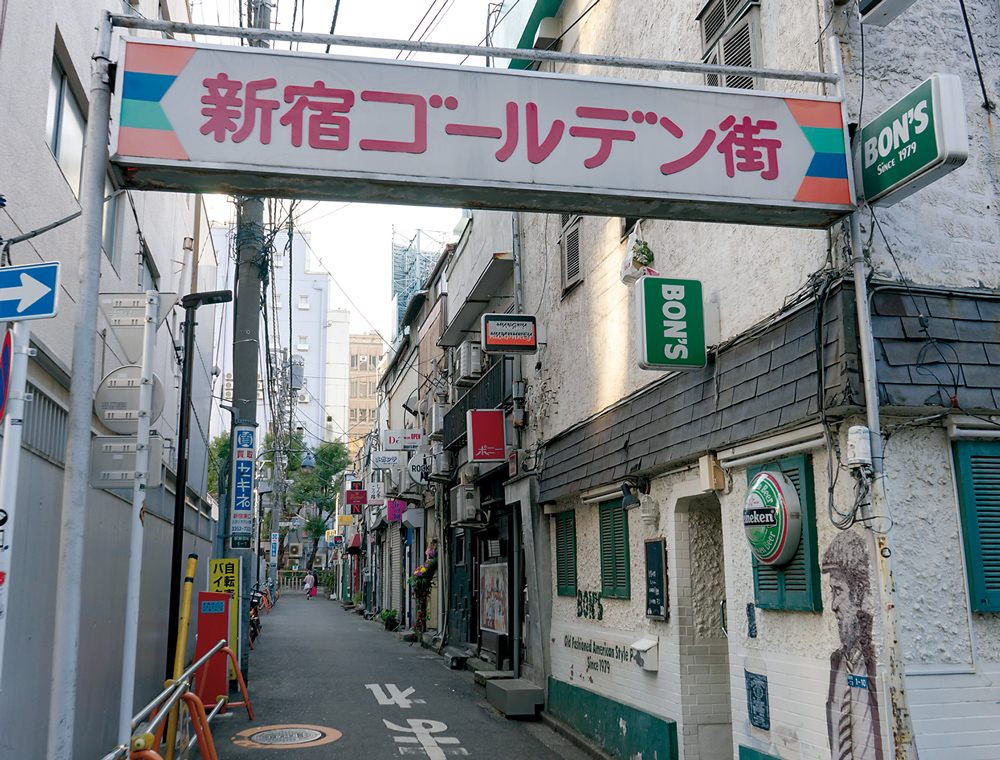 The second, the ebisu Yokocho, is situated in Shibuya and is part of a huge commercial complex built on the site of the former Miyashita municipal park. It comprises nineteen restaurants and terraces with a total of 1,550 seats. These two developments, which have attracted the attention of the local media, appear to be representative of the evolution of yokocho. Since it has been a fashionable concept for several years now, for many it’s a kind of “déjà vu”: not another yokocho!

And if the Toranomon Yokocho scheme bears little resemblance to the spirit of the original, it can, albeit unintentionally, respond to the new fashion in catering. Rather than remaining seated at the table for hours, guests can move from one place to another to have a drink, nibble something at their own pace, and order à la carte and not a long set menu. everything on offer is high quality. here, haute cuisine is “popularised” and made available to all, although prices might be too high for some. On the other hand, ebisu Yokocho invites a more reflective approach. The former Miyashita Park was levelled to make way for the new retail complex. According to the developer who built the new park in collaboration with the district of Shibuya, the redevelopment was necessary in order to create an airy and easily accessible space for disabled people. Yet one could just say that the park, which had been used to shelter the homeless or as a starting point for demonstrations, has gone upmarket.

Shibuya district allowed the past and the present to exist side by side, and let several yokocho remain, remnants of the post-war markets. Whatever the reason for the redevelopment, it’s ironic to use the name yokocho for a commercial complex, then reject its original function as a place accessible to anyone.

While authentic yokocho are under threat because of Covid-19 due to the danger of people getting too close to one another, the term yokocho continues to be emptied of meaning. What will remain of these places, when the word itself becomes devalued and is once again considered obsolete? Will it be able to assume new significance, in the manner of the Toranomon Yokocho? In the meantime, let’s hope we’re able to visit one of these yokocho for real again soon…