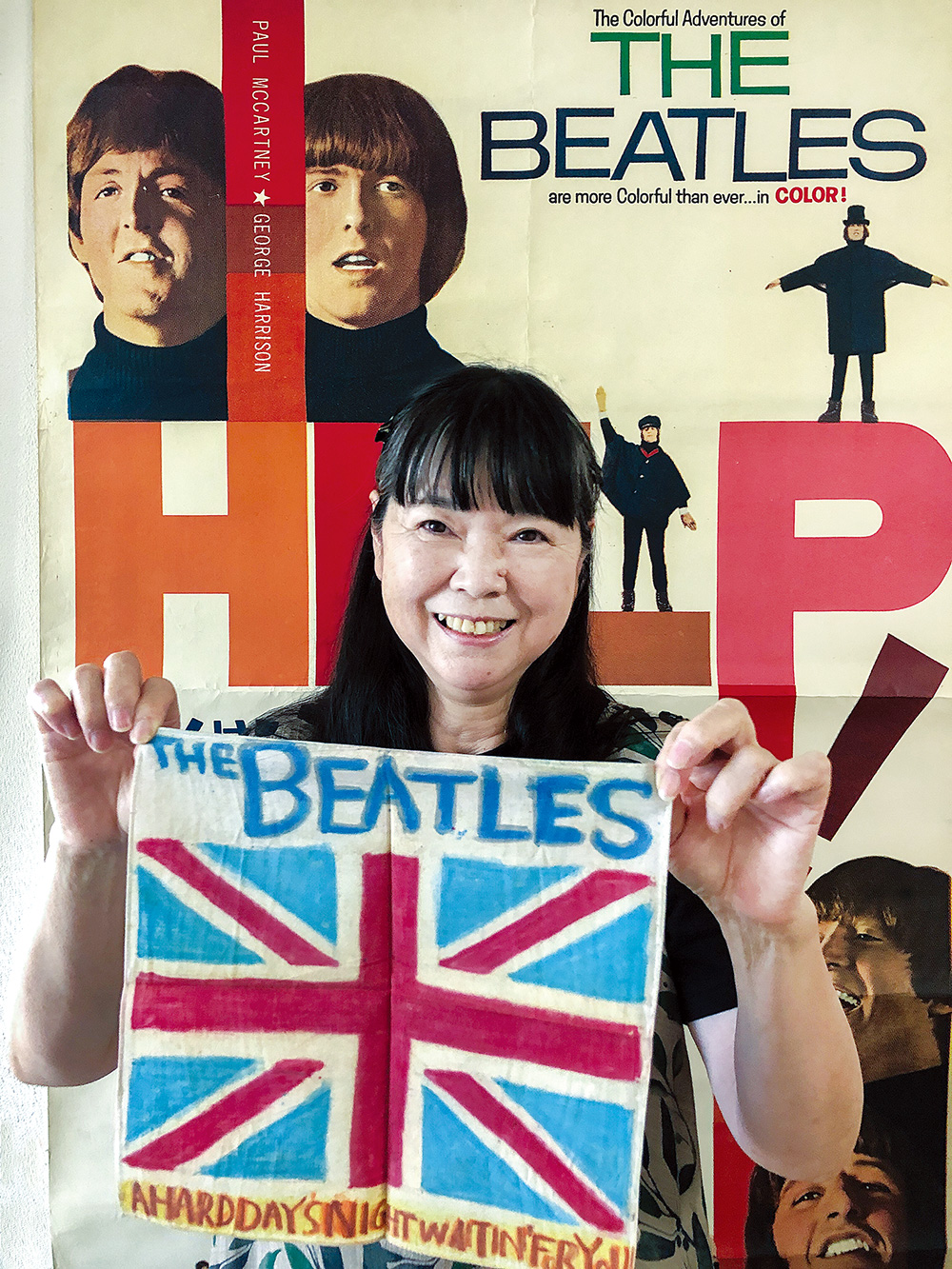 Yokokura Kunie with the little flag she made for the Budokan concerts.

At the age of 17 Yokokura Kunie was lucky enough to go to not one but three concerts by the Fab Four in Tokyo.

When the Beatles came to Japan in the summer of 1966, so many people wanted to attend their five concerts that the organisers were inundated with requests. Each sponsor was allocated a few thousand tickets to sell through a lottery system, and Lion Toothpaste, one of the major backers, received 5,000. Lion also received 50-60,000 requests, which meant that only one applicant out of ten or so could get a ticket. Among the lucky ones was a 17-year-old girl, Yokokura Kunie, who over time has become a sort of legend among Beatles fans because she is arguably the only person who managed to attend the Beatles’ concerts not once but three times.
“In order to take part in the draw, you had to send in either two empty boxes of Lion’s “Dia” brand toothpaste or one of Ban deodorant,” Yokokura says. “I knew I had to see the Beatles by any means necessary. So I asked all my relatives to buy the product. In the end, I sent in a mountain of empty boxes and was able to get three tickets.”

Yokokura was born in Gunma Prefecture and apart from a few years spent in Chiba and Shizuoka, she has lived all her life deep in the countryside near Maebashi. Her father worked in the kimono business and because he could find more work in the big cities, he had moved to Yokohama where he had opened a small shop. “It was my father who got the tickets for me,” she says. “One day he went to Tokyo, joined a very long queue, and bought the tickets.”

Growing up in Gunma, music was Yokokura’s only passion. “I loved to listen to the radio,” she says. “I had won a small transistor radio by taking part in a prize competition, and would always listen to a music show called Hello Pop. It was a popular programme where listeners would phone in and request their favourite songs. The next step was to get a stereo set, so I wrote a long tearful letter to my father in Yokohama, explaining that I was in charge of a classical music club at school and I really, really needed a stereo (laughs). My father wasn’t a wealthy man, but thanks to that little lie I got what I wanted. Every day, as soon school was over, I would run home and listen to my Beatles records for two hours straight (laughs).”

For Yokokura, this was a sort of secret pas-time as her classmates preferred singer/guitarist Kayama Yuzo and other local stars. “I felt lonely because nobody shared my passion. So I looked for pen pals and began to correspond with a Swedish and a Malaysian girl, and was finally able to share my love for music and films with them.”

Yokokura has three sisters, and one of them was very much into pop, and rock and roll. “She is two years older than me, and at the time she loved Elvis Presley,” she says, “so we often saw his movies together: Blue Hawaii, Las Vegas Banzai (Viva Las Vegas), Kissin’ Cousins, etc.”
Seeing Elvis’s red sports car speeding along the Hawaiian beaches was a real eye-opener. To the Japanese, America looked like another planet. In the mid-60s, the Japanese economy may have been on the rise, but ordinary people were still struggling amid hardships and poverty, especially in the countryside. “Where I lived, in Gunma, not many people had a telephone, let alone a car. The only thing we could do was go to the movies and dream of a different, better life.”

By the time the Beatles finally arrived in Japan, Yokokura had already seen their first two films, A Hard Day’s Night and Help!. “Ringo Starr was my favourite Beatle,” she says, “and he played an important role in both movies. Nowadays, most Japanese fans are middle-aged men who are mainly interested in dissecting their songs and talking about the musical details, but for me, especially at the time of the Budokan concerts, they were idols.” 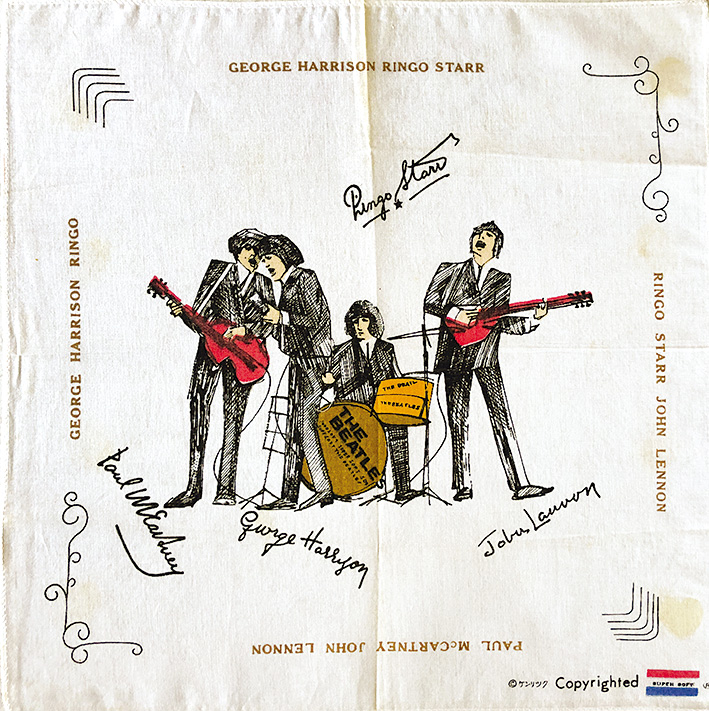 Handkerchiefs with images of the Fab Four were sold at the Beatles’ concerts in Tokyo in 1966. 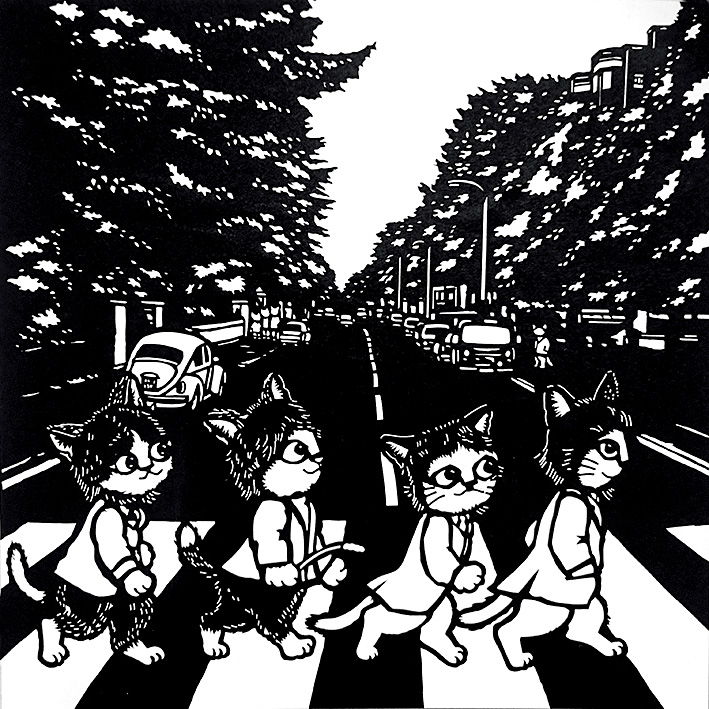 Travelling to Tokyo to see the concert became a huge logistic undertaking for the young high school pupil. “In the mid-60s, there was no Shinkansen connecting Gunma Prefecture to Tokyo,” she says, “so the trip from Maebashi was an adventure in itself. It was also the first time I went to the capital, so you can imagine the state of mind of a 17-year-old girl from the sticks. I was nervous and excited at the same time.

“I ended up travelling to Tokyo twice: I first went with my elder sister, but we returned home as soon as the concert was over. The second time, I went with a friend whose relatives had a ryokan (inn) in Tokyo. She didn’t particularly like the Beatles, but I was so insistent that eventually she agreed to go with me, so I was able to spend the night at the ryokan.”

On the day of the first concert, after queuing for hours outside the Budokan, they finally found their seats and the concert started. For Yokokura it was a dream come true. “Having never seen a foreigner in person before, I was impressed by how the Fab Four looked,” she says. “They were like dolls on that stage, with such long legs, and to my eyes, their skin looked incredibly pink!” 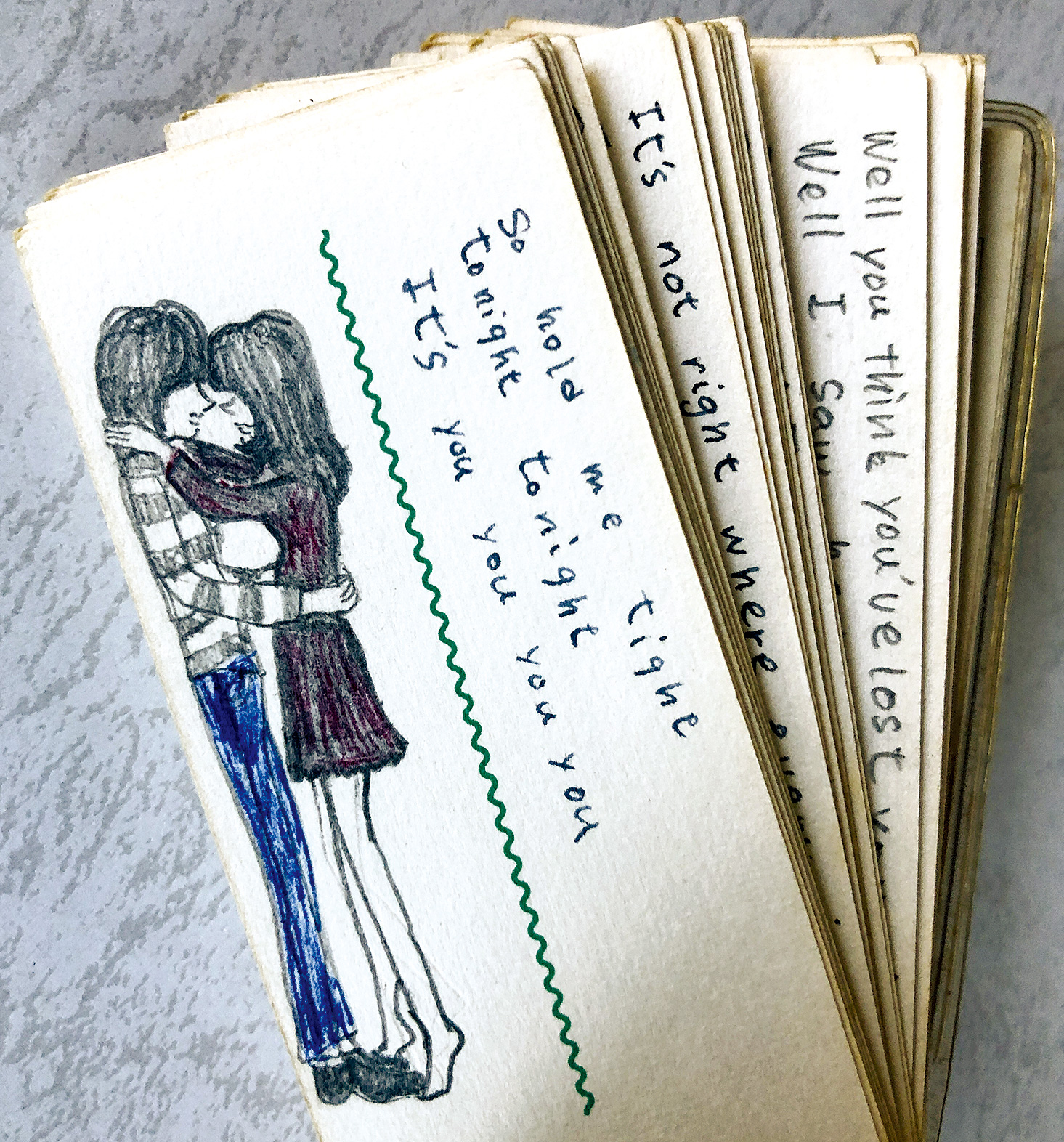 Memory aid created by the young Yokokura Kunie to learn the lyrics of the band’s songs.

To this day, she complains that the opening acts went on and on, while the 30-minute Beatles performance was over in the blink of an eye. “Not only that,” she says, “the venue was packed with cops! They even stood in the aisles, very close to us, staring and laughing at us every time we screamed as was common at every Beatles’ concert. I’ve disliked the police ever since (laughs). I understand the authorities’ intentions, but they ended up partially ruining our experience. When you think about it, Beatles fans didn’t pose much of a threat. Japan is a peaceful country, and most of us were ordinary kids who only wanted to have a good time and be close to our idols. Think about what happened later, in Manila, when the band and their management were beaten up. I was so angry that I sent a letter of protest to the Philippine Embassy in Tokyo. I couldn’t believe that my Ringo had been kicked and punched by those horrible people.”

After finishing high school, Yokokura found a job and got married, but her marriage wasn’t very happy because her husband’s family wouldn’t allow her to pursue her artistic interests. After getting a divorce, she graduated from an art college, specialising in graphic design. “When I turned 30, I met famous kirie (papercutting ) artist Kawaguchi Ko in Gunma and began to study with him,” she says. “After a while, I began to work for newspapers and magazines and take part in group exhibitions.”

In 2006, a gallery in Tokyo organised a catthemed exhibition. Yokokura was among the creators who were invited to participate and came up with the idea of making parodies of the 12 Beatles album covers, with a cat twist. Since then, she has organised a Beatles-and-cat exhibition every year. “When you read many interviews with artists, they like to talk at length about the ‘pain of creation’,” she says. “I don’t understand that. I like both cats and the Beatles so much that for me, the act of artistic creation only brings me joy – the same joy John and Paul probably felt when they wrote their songs.”