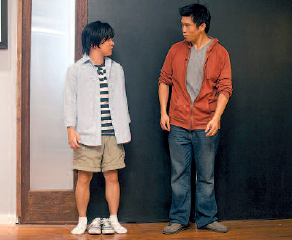 From the 31st of October to the 3rd of November, Coventry welcomes the East Winds Festival, one of the most important events dedicated to Asian cinema. Now in its third year, East Winds represents the only major film festival of East Asian cinema outside London and is certainly the first of its kind in the Midlands. This four day event aims to promote and to celebrate a broad spectrum of film and also to showcase films and cultures from throughout East Asia for Coventry and its wider community. The festival aims to foster an opportunity for both formal discussion and informal conversation on the subject of East Asian film and culture. The festival has an ambitious programme during which Japanese cinema will be well represented, thanks to Third Window Films and its large catalogue of Japanese films.