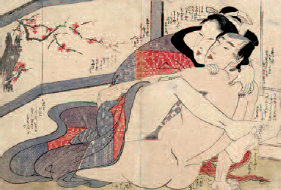 Japanese eroticism is the source of many fantasies. From the 17th to the 19th century, shunga enthralled Western audiences. This beautiful exhibition tells their story.