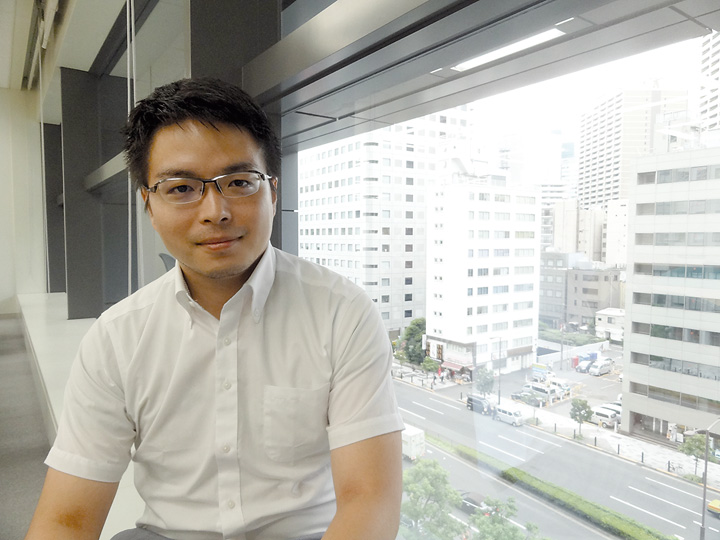 One of the main challenges facing Japan in the years to come is the precarious situation for children.

The Nippon Foundation (Nippon Zaidan) is a private non-profit, grant-making organisation whose mission is to fund philanthropic activities and assist humanitarian work in Japan and abroad. The Foundation’s Hanaoka Hayato talked to Zoom about its social welfare and children’s programmes.

You are one of the authors of a book called Child Poverty may Destroy Japan (2016). It’s a pretty alarming title. What’s this book about, and why do you think we should be so worried about child poverty?
HANAOKA Hayato : This book is mainly about the social cost of child poverty. You see, everybody is obviously concerned about children who live in poor conditions, but for most people it never goes beyond an emotional reaction. Nobody actually knows the social cost of this situation and why we need to solve it. Countries like the UK and the US have been studying this issue for the last 20-30 years, and a couple of years ago we decided to do the same kind of survey, at a time when the child poverty rate in Japan stood at 16.3% (i.e. one in six children lived in poor households). Most people just feel pity because they are kids, but at the same time they think it’s somebody else’s problem. Our goal was to show that this is actually everybody’s problem. To answer your question about why we should all be concerned; according to our survey, child poverty is going to cost the country 2.9 trillion yen. Currently, both the population and the labour market are shrinking. In such a situation, child poverty is going to have a huge negative impact on the Japanese economy. That’s why we need to take action now.

Can you be more specific?
H.H. : If you take a look at academic performance, children from poor families tend to have lower grades than other children. This is particularly noticeable in junior-high and high school, when a lot of students go to crammers to prepare for the difficult entrance exams. Most children from disadvantaged households (e.g. single-parent families) cannot afford to go to a crammer. As a consequence, they end up going to less prestigious schools, and quite often don’t go to university. All this is reflected in the kind of lower-paying jobs they usually find after graduation. When you see this issue in perspective, it means that both national income and taxation levels are going to decrease in the nottoo- distant future.

I guess these people are also going to find it harder to get married and start a family.
H. H. : This is a tricky issue because some data show that poor people marry more often and have relatively more children. This, of course, repeats the negative cycle as with more children and less money to spend on them, each child is going to be at a disadvantage compared to kids from wealthier families.

Japan is the world’s third economic power, and yet it has high poverty rates (the highest in the OECD among single-parent households). Why is that?
H. H. : First of all, Japan might be the third ranking economic power, but we haven’t experienced real sustained economic growth for the last 30 years. Secondly, and as a consequence of the first point, people are being paid less. Last but not least, there’s a growing disparity between regular and irregular employees, with the latter (contract workers, dispatched labour, etc.) working for much less pay and no benefits. Among them, single-parent households are in a particularly dire situation. Of course, in most cases the single parent is a divorced mother, and women get paid less than men to begin with. On top of that, they often don’t get any child allowance because of weak divorce laws. What happens is that the noncustodial parent (usually the former husband) has to contribute to the child’s upbringing. Unfortunately, this is not enforced and the woman can’t do anything about it. That, by the way, is what happened to my mother when she divorced my father. All these things considered, the government should do more to help these families. However, despite the ratification, in 2014, of the Law on Measures to counter Child Poverty, there’s been little investment as most budget allocation goes to help the growing elderly population.

Recently, there’s been a lot of talk about kodomo shokudo (children’s cafes). According to the Asashi Shinbun newspaper, currently, there are more than 300 such cafes around Japan. Can you tell me about this phenomenon?
H.H. : These places offer meals for free or charge only a small amount of money. Some of them even provide space where children (whose parents often work all day) can study or play after school. Of course, it’s a good thing to see ordinary people and NPOs doing something to help children. However, I don’t think it’s very effective. The main problem is that they’re only open once a month – once a week at the most. In such conditions, they can hardly improve the children’s sense of loneliness or academic performance, let alone fill their empty stomachs. If we really want to solve the core of this problem we need to do more.

Still, one could say they’re better than nothing.
H.H. : Yes, you could put it that way. However, one thing we have noticed through our field research is that though these cafes have been opened to help children from poor families, a lot of the kids who actually frequent them come from wealthier families. That’s because they don’t have any screening system as the people running them feel they can’t openly discriminate between children. At the same time, many of the intended recipients don’t know about these places as their parents don’t have access to this information or are too busy working to look for it. I think you know Second Harvest Japan’s Charles mcJilton. I recently talked to him [see interview elsewhere in this issue] and in his opinion one of Japan’s problems is “village mentality” or mura shakai. Do you agree? H.H. : He’s right. Lack of collaboration is a huge problem in this country. You can even see it in the government. For example, the education department and social welfare department don’t share any information, so they can’t approach the problem effectively and efficiently. That’s a pity, because if people or organisations put their forces together they could achieve much more.

What is The Nippon Foundation doing to address these problems?
H.H. : We’re opening what you could call an improved version of the children’s cafes. This project is called Third Place because it is in addition to the children’s homes and schools, and ideally provides something these kids cannot get in those places. We believe we need to cultivate both their academic and life skills, especially after school when many of them return to empty homes because both their parents are working. In order to do so we’ve developed these Third Places where up to 20 elementary school children can go five days a week (Monday to Friday) between 14:00 and 21:00, to do their homework, play and get a meal. These places are staffed with trained people belonging to local NPOs. Our role is to take care of the financial and organisational side of the project, i.e. we provide the money and pool together all the partners (local government, NPOs, corporations and even universities, whose job is to evaluate the effects of this project). The first one was opened last November in Toda City, Saitama Prefecture. A second one was opened this July in Onomichi, Hiroshima Prefecture, and we have already secured agreements for ten more. Our goal is to open 100 such places by 2020. Do you have a screening system? H. H. : Not officially, but in actual fact, we do have one. That’s a key point because we’re trying to avoid the poverty stigma that keeps many poor people away from such places. So on paper we’re open to everyone, but during the interviews we are careful to assess everybody’s situation and only let in those who most need our help. Also, we get information from the local authorities, set up lists of families in need, and pass them on to the NPOs who get in touch with them directly. Apart from that, we focus mainly on first to third graders (six to nine year olds) because we think that approaching younger kids is much more effective.

I’m sure that reaching out to those families is going to have much better results.
H. H. : Yes, although we’ve found that their awareness of their economic situation is sometimes lower than we expected. What I mean to say is, they are either in self-denial about their poverty or they are aware of it but don’t think they need our help. Actually, even many local authorities don’t want to admit they have a poverty problem because they don’t want to be branded as a poor city. As you can see there are still many issues we have to solve.