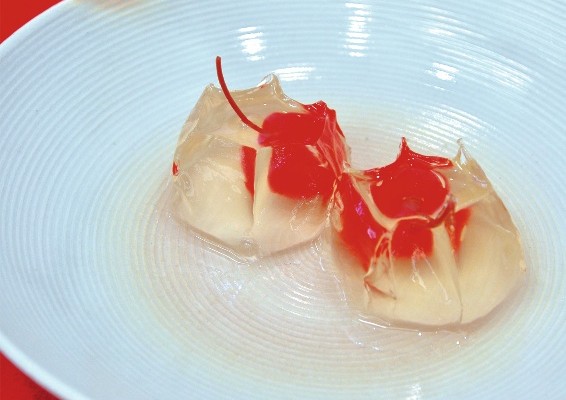 Japanese sweets add colour to the Japanese lifestyle, in harmony with the rhythm of the changing seasons. Let’s take a look at what Minamoto Kicchoan have created with the bounty of seasonal produce.

The word “shun” in the Japanese language, written with the Chinese character “旬” is often translated as “season”, but actually refers to the period that a food or produce is at its best and ripe for eating, and was originally only used in that context. This unique word gives a window into the relationship between Japan’s culinary culture and the passing of the seasons, with the Japanese having incorporated a keen awareness of the years changing characteristics and each season’s produce into their everyday lives since antiquity.

In order to get a feel for this deep respect for seasonal fare, one would actually be better advised to visit a Japanese confectioner rather than a Japanese restaurant. And if you are in Europe then where better than Minamoto Kicchoan, who set up in London in 1997, a master confectioner where you can really experience the colour and vibrancy of the four seasons? 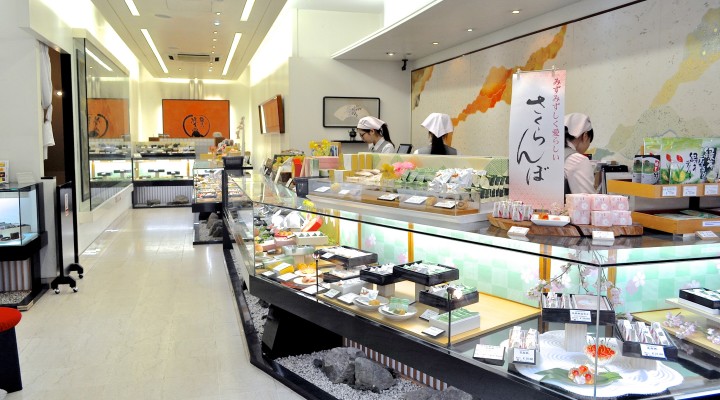 Minamoto Kicchoan was one of the pioneer brands spearheading the spread of Japanese sweets overseas. The company was founded soon after the Second World War in western Japan’s Okayama prefecture, often referred to as the “sunny province” for its fine weather. In the summer this region is blessed with sunshine, giving the fruit that grow there a rich aroma. The Muscat grapes and peaches from Okayama are especially well known nationwide. It was thus only natural that Minamoto Kicchoan would put a significant effort into their “kajitsu gashi” (fruit sweets) that directly use the wonderful shapes, appearances and flavours of these seasonal fruits. They are also a celebration of the roots of Japanese confectionary (kashi), with the word itself being a composite of characters representing fruits and seeds and originally referring to the naturally sweet bounty of the trees and the land.

If you visit their flagship store in London’s Piccadilly, you will also be treated to a feast for the eyes, with a gorgeous show window that shows displays representing the traditional festivals of Japan throughout the whole year, from doll stands in March to the boys day celebrations in May and the Tanabata star festival in July.

The company’s passion to reflect the power and vibrancy of this seasonal produce in their sweets finally led to the establishment of their own company farm two years ago. This was done for the sole purpose of improving stability in the quality of their premiere product: Riku no Hoju (only available in Japan) that features Muscat of Alexandria grapes, known as the queen of grapes, wrapped in a delicate rice paste. These are a part of the “nature series” of fruit based sweets that has produced many famous creations, such as delicious autumn sweets that combine melt-in-the-mouth white bean paste with bitter orange and dried persimmon leaves. They really do capture the spirit of each season perfectly. 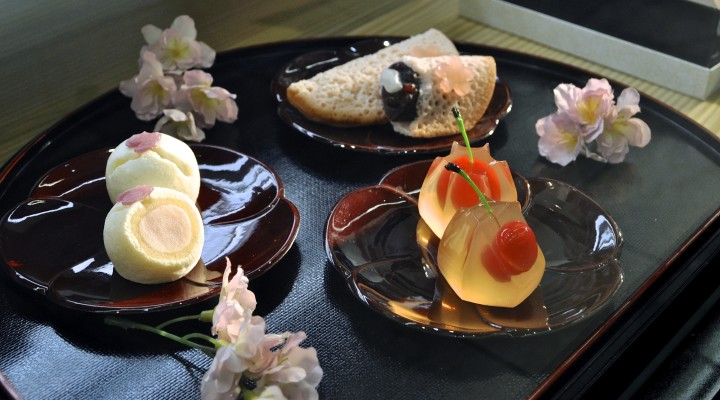 Incidentally, the image people have of fruit may carry a slightly different nuance in Japan to what it does in western Europe. In Japan fruit is grown with great care and effort to ensure a uniform excellence in quality and is popular as a gift to express ones sincere gratitude to those that have looked after or helped you. These kind of sweets that use the best and juiciest fruit produced in the season also carry an important significance as a gift available only at that time.

Mr. Hatano, manager of Minamoto Kicchoan’s London branch tells how “Japanese confectionary calm and console the heart from the moment when they enter your mouth. The awareness of these wonderful sweets and their gentle flavor has increased alongside the renown of Japanese cuisine, and would love to spread Japanese confectionary culture even further throughout Europe from our base here in London”. Sitting in the tearoom corner of the shop and unwrapping your purchase from its elegant packaging, then tucking in to the delicious sweets within, you will surely experience the Japanese love and respect for seasonal treats.