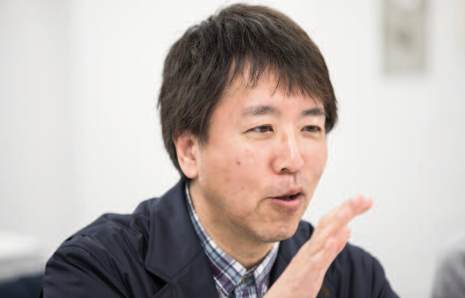 Quitting his job as a journalist has given a new impetus to his career as a novelist.

Shiraishi Kazufumi casts a critical eye over the way his country has changed during the past two decades.

Last year, Dalkey Archive Press published Me Against the World by renowned Japanese writer and Naoki Prize laureate Shiraishi Kazufumi. The book is a collection of philosophical ruminations on the nature of existence by a 53-year-old businessman (a Mr K) who, with unflinching honesty, looks at our mortal destiny and our many faults, his apparent rejection of humankind actually hiding a desire to save it from itself.

Originally published in 2008, Me Against the World is quite different from Shiraishi’s other works, many of which are stories full of intrigue often portraying the life of privileged people who hold important positions in big companies. ”A lot of people end up working for these big organizations. They get sucked into their systems and power struggles and lose touch with themselves. When I used to work as a reporter, I had a chance to meet many politicians and other people who worked in such companies, so I developed an interest in their lives. How do they cope with the pressure, the widespread jealousy and envy, and try to recover their true self? Where do they find the strength to carry on? That was the inspiration for my early novels.”

In the last few years, Shiraishi has moved away from these stories in order to tackle more directly some of the big issues he particularly cares about, such as love, death, and mankind’s place in the world. “When I look back at my early works, I feel like I’m looking at a different writer,” he says. Me Against the World exemplifies, both formally and content-wise, Shiraishi’s evolution as a writer. At times, the book’s diary-like form and the name of the writer (Mr K stands for Kazufumi i.e. Shiraishi’s first name) even leads the reader into thinking that this is not a work of fiction – a notion that Shiraishi is quick to reject. “We can compare fiction-writing to cocktail-making,” he says. “For example, you can mix whisky with soda or other ingredients to make cocktails. Like whisky, a writer’s ideas – his “message” – provide the base for his literary cocktails, while the plot adds flavour and spice. Before Me Against the World, you
could say that I was making cocktails, but I reached a stage when I almost forgot why I was writing and what I meant to say. Therefore, when I wrote this book I decided to get rid of the other ingredients and write in a more direct way. This book, in other words, is closer to straight whisky.”
According to Shiraishi, there comes a time in life (for him it was around the time he turned 40) when people start thinking about the meaning of certain things: the essence of time, for example, or reincarnation and divine salvation. Indeed, one of his book’s main themes is death and how mankind relates to it. According to Shiraishi, even the words we choose to express the idea of dying convey our feelings about it. “Each language may express things slightly differently, but they all share the idea that dying is different from complete extinction,” he says. “In other words, it’s a way of prolonging our life even after death; of connecting this life with what may lie beyond it. Once you approach the subject this way, death itself stops being so frightening. Speaking of death, another theme tackled by Shiraishi’s book is the huge damage that mankind, with its unrestrained reproduction and greed, is inflicting on Mother Nature. As Mr K writes in his manuscript, people are nothing less than cancer cells. However, Shiraishi’s vision is not as bleak, and he points out that he doesn’t think human extinction is the only way to save our planet. “In the past, our planet has been hit four or five times by giant meteorites, causing huge natural disasters and
the extinction of many animal species,” he says. “Certain phenomena are just beyond our comprehension, and there is very little we can do unless you think that a meteorite can be stopped by a nuclear weapon, as they do in the film Armageddon.
On the other hand, if we want to live in harmony with nature there are things we
can accomplish even in our daily lives. One of them is to stop eating animals. I’m sure you’ve read that the methane gas produced by cows and sheep causes huge damage to the atmosphere. If we stopped eating meat, that would be an important
step toward preserving our natural environment. Not only that, according to some
scientists (and Eastern religion as well), these animals’ DNA is dangerously close to ours, so if people can’t live without meat they should at least choose something different, such as poultry, or even better, fish. Of course, becoming vegans or vegetarians would be the ideal solution.”
Towards the end of Mr K’s manuscript, there’s a section that reads like a political manifesto, so it’s seems natural to end our interview by asking
Shiraishi’s opinion on current Japanese society. “The Japanese nation has grown disproportionately within the limits of a comparatively small area,” he says. “Now, it looks like a short and very fat person. For example, because of unchecked
economic development we now have many dangerous nuclear power plants. For many years after the war, Japan has been rather isolated from the rest of the world. For these and other reasons, Japan has become a very strange and weird country, and nobody seems to care. We neither have dreams nor a sense of purpose. On
top of that, our population is shrinking, which is not necessarily a bad thing. Even though a lot of people seem to be somewhat thoughtless, they’re not stupid. Maybe someone’s going to come up with some clever idea for our survival that could even be of use to the rest of the world. It will be interesting to see how our society will react, and how it will have changed in 20 years from now.”