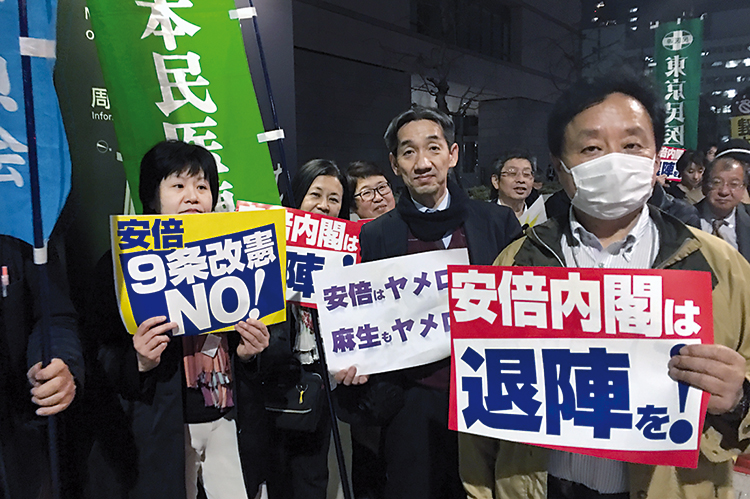 The newspaper revelations about the falsification of official documents in which the names of politicians have appeared, including that of Prime Minister Abe, have prompted some Japanese to demonstrate in front of his residence to call for his resignation as well as that of the Minister of Finance Aso, whose administration is accused of falsifying the documents in question. The affair has led to the government’s lowest ever opinion poll ratings and could compromise Abe Shinzo’s re-relection as head of the Liberal Democrat Party in September.

The government is examining the possibility of a meeting between the prime Minister and North Korea’s supreme leader. after the announcement of the Inter-Korean talks and the planned face-to-face meeting between Kim and Donald Trump in May, japan wants to avoid finding itself isolated after firmly backing the policy of sanctions against North Korea. It also hopes to raise other subjects such as the abduction of japanese citizens by pyongyang.

[DEFENCE] The return of aircraft-carriers?

The Ministry of Defence is seriously considering transforming its Izumo-class helicopter-carrier into an aircraft-carrier thanks to the introduction of the F-35B, the technological wonder capable of a very short take off. If confirmed, japan will benefit from an aircraft-carrier for the first time since the Second world war, which is something else to think about in the context of the tense situation in asia at present.