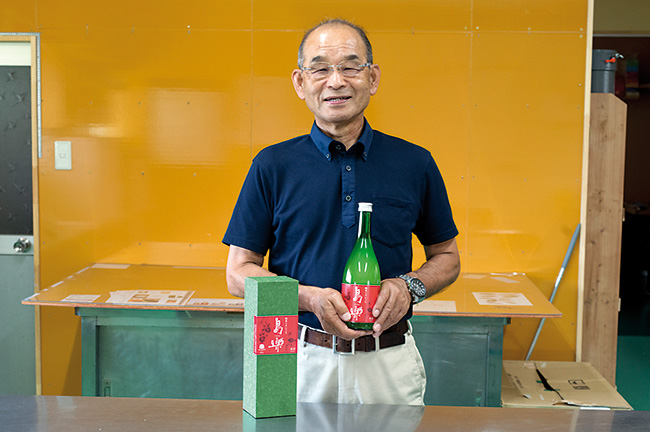 Mr Tateishi, president of the Tomie chamber of commerce, proudly displays a bottle of the Goto Islands’ only Toraku (島楽), whose production is largely due to his efforts. This beverage is produced with locally cultivated rice, of course, and, unusually, uses a yeast culture made from the camellia plant, the symbol of the Islands, which is mainly used in the production of oil.

Made from water and rice, sake is easily adaptable to the requirements of the Jewish religion. Since the middle of the 2000s, many breweries have adopted the necessary regulations to produce kosher sake, destined mainly for the United States. One of these breweries, Kikusui, based in Niigata Prefecture, to the northeast of Tokyo, has seen its sales of kosher sake rise 20% year on year.

[IMITATION]  A sake “made in New York”

Though there are already around fifteen sake breweries in the United States, New York has just seen the creation of Brooklyn Kura, the first sake producer to be established in this East Coast city, with co-founder Brian Polen at its head. His aim is to fulfil a demand that’s increasing by 8% per year. He needs to produce some 3,600 bottles for his first batch of sake.

No63 [IN THE EYE OF ERIC RECHSTEINER] The Isumi line, Chiba Prefecture