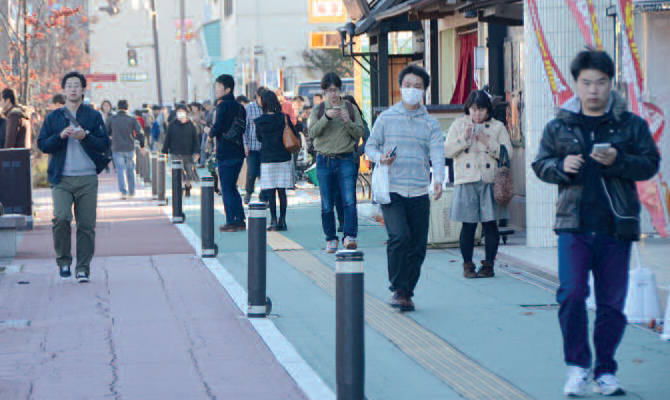 To revive their tourist industries, some local councils have enlisted the help of the game Pokemon GO – with mixed results.

Last year, from the 12th to the 22nd of November, an event based on the globally successful game Pokemon GO took place in the vicinity of Nakase Park in Ishinomaki, in an attempt to promote tourism in the region. It was organized by Miyagi Prefecture, with the aim of attracting tourists back to the coastal regions after their numbers had dwindled significantly since the earthquake of March 2011. The Pokémon GO Company and its distributor Niantic attended the event. As expected by the organizers, the high capture rate on offer for the rare species “Lapras”, had encouraged many fans to make the trip. However, town residents who experienced traffic jams, illegal parking, or even people intruding on private propriety, filed many complaints.
“The Pokémon GO game will help young people get to know more about the current state of these devastated areas,” is how Murai Yoshihiro, governor of Miyagi Prefecture, described the event at a press conference in Tokyo last August, in the presence of three fellow governors from Iwate, Fukushima and Kumamoto prefectures, which were all severely damaged by the 2011 and 2016 earthquakes. It was an opportunity for them to share their strategies to promote tourism. Pokémon GO, an augmented reality game, has become very successful since its launch; the goal is to capture as many Pokémon creatures as you can. Taking advantage of the game’s special characteristics, the intention was to support the reconstruction effort in the affected areas. By November, three months after the conference, the city of Ishinomaki had become a pilgrimage site for fans of Pokémon GO.
By early morning on November the 12th, the first day of the event, the number of Lapras caught had already risen significantly, and players from all over Japan could be spotted, thanks to their car registration plates. At midday, several other events organised by Miyagi Prefecture took place in Nagase Park. “Five years after the earthquake, the problems in our regions are being overlooked, though the situation remains critical. We hope you’ll return in ever increasing numbers to visit affected places like Ishinomaki,” said the governor when welcoming the visitors gathered there.
The event included a live Pokémon show, a photography competition featuring Pokémon captured in the region, and a food festival with different stands serving local speciality dishes such as stirfried Ishinomaki noodles and octopus soup from Minami-Sanriku. There was also a corner set aside for players to collect useful Pokémon tools to aid them in their enjoyable quest for monsters.

Complaints about players
On the first day of the event, 10,000 players of Pokémon GO were recorded in Ishinomaki alone. The likelihood of capturing a Lapras was so high that crowds of players with their smartphones overwhelmed the city centre. The event meant that the usually empty streets were teeming, and Pokémon fans could be seen everywhere, glued to their phone screens, crossing roads without due care and stopping traffic by parking their cars in the narrow streets. Unsurprisingly, residents lodged complaints with the prefecture, city council and police.
from other prefectures were driven excessively slowly and parked illegally, so the municipal police had to dispatch their patrols to move them on. In addition, because numerous players were crowding together in usually unfrequented places, local residents thought they were acting suspiciously. A number of cases were also recorded when parents became so absorbed in the hunt for Pokémon that they lost of their children and several cases of trespass were also reported. In the Kagowaki district, people gathered at the cemetery well before dawn and one resident told us how annoyed she was. “It was as if they had barged into my home without taking their shoes off during a period of mourning,” she explained. Confronted with such discontent, the prefecture issued a press statement to ask people to use public transport to get around. “These people, glued to their phones, ignored pedestrian crossings and took no notice of traffic lights. The residents were warned to take more care, but it would have been good to take the benefit to shopkeepers into consideration,” reckoned one coffee shop owner, whose’ profits had doubled over the event.

An unexpected ending
Operation Pokémon ended on an unexpected note. On the morning of November the 22nd, following an earthquake on the coast of Fukushima Prefecture, a tsunami alert was triggered for the coastal areas including Ishinomaki. Initially, the Pokémon event had been scheduled to run until the national bank holiday on the 23rd, when a large influx of people had been expected. However, after the alert, the Pokémon fans disappeared as quickly as they had arrived. On November the 22nd a lot of people were still present in the city and continuing to hunt for Pokémon, but the tsunami alert had unnerved them, especially as they were in an unfamiliar place.
A man in his forties who had come from Yokohama with his family told us: “Our kids wanted to go home straight away after the earth tremor. We didn’t expect it to be so strong”. while a man in his thirties who had come from Australia with his family to catch Pokémon declared: “The earthquake surprised us. We had only arrived the day before to search for Pokémon. We found a place to take shelter, but the alert was in Japanese, so we became anxious”. Another man from Osaka had arrived on the night bus at Ishinomaki station during the alert. “I didn’t know if it was dangerous to stay or not. I would have felt less uneasy if there had been signs indicating first-aid posts,” he told us. This unexpected incident has revealed a lack of information for tourists about emergency evacuation in the event of a disaster.